This important group of blood and urine tests is used to assess the amount and activity of myeloma. These tests measure the monoclonal protein that myeloma cells secrete into the blood and/or urine.

Serum protein electrophoresis (SPEP) is a test that measures the amount of heavy chain monoclonal protein made by myeloma cells. Learn more at Types of Myeloma.

SPEP separates all the proteins in the blood according to their electrical charge. Urine protein electrophoresis, or UPEP, does the same thing for proteins in the urine.

The first graph represents a normal SPEP result. It shows: 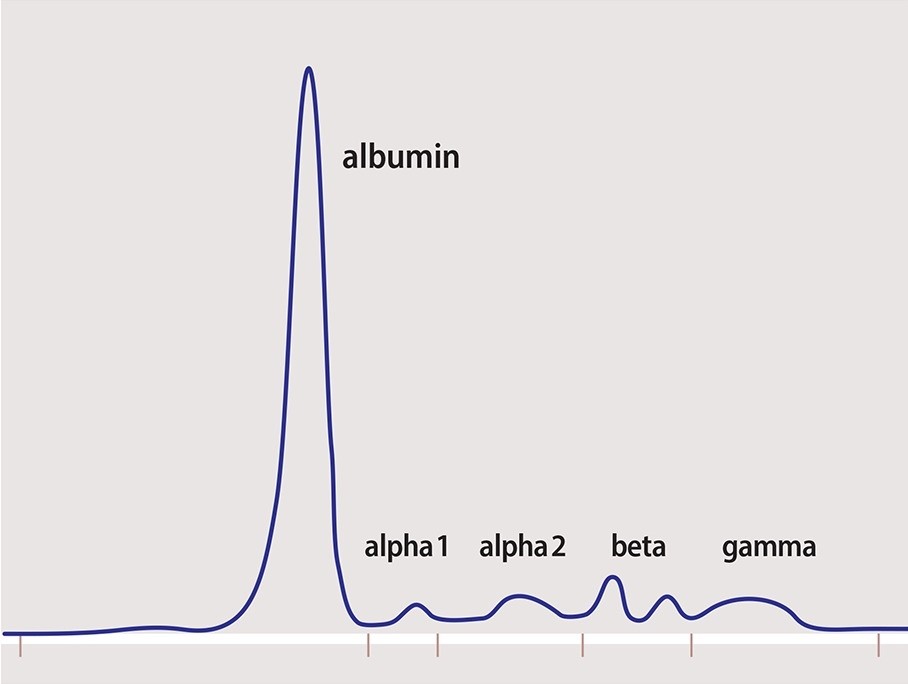 The second graph represents the result for a patient with myeloma. In addition to the spike for albumin, there is another tall spike. The red arrow in the gamma region of the graph indicates this spike.

A pathologist measures the area under the spike, or curve, and subtracts the normal level of gamma globulins from the total. The result is your level of monoclonal protein (M-protein). 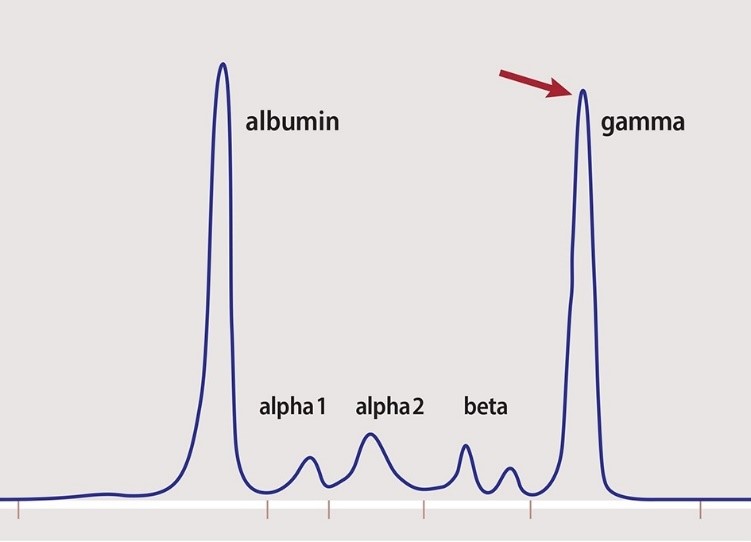 SPEP and UPEP don't measure myeloma cells; they measure the output of myeloma cells. People’s myeloma cells don’t reproduce at the same rate or secrete the same amount of protein per cell.

A caveat with SPEP: Immunoglobulin A-type (IgA) myeloma monoclonal protein does not separate out in the gamma region of the graph. It can get “stuck” with the beta or even alpha proteins. Patients with IgA myeloma should discuss the best way to measure their monoclonal protein with their doctors.

Immunofixation electrophoresis of blood or urine (IFE) is the counterpart to SPEP and UPEP. IFE tells us the TYPE of monoclonal protein in the blood and/or urine but not the amount. IFE testing separates proteins by electrical charge. IFE measures only the monoclonal — or abnormal —proteins, not the normal (polyclonal) ones

The result is either negative or positive for the presence of a particular type of monoclonal protein.

*Note: Darzalex can influence the results of IFE if a patient has IgG Kappa myeloma and is being evaluated for complete response. The patient may be in a very deep complete response, but a tiny band of IgG Kappa will show up on the test.

Quantitative immunoglobulins testing is often done as part of early screening for MM. It is usually done if the total protein level is elevated. QIg measures total immunoglobulin protein in the blood, both normal and abnormal. If QIg detects an increase an immunoglobulin, you must undergo further testing with IFE. The goal is to see if the increase is from abnormal (monoclonal) protein.

Some doctors also use QIg to follow patients with IgA myeloma because it's difficult to assess IgA with SPEP. 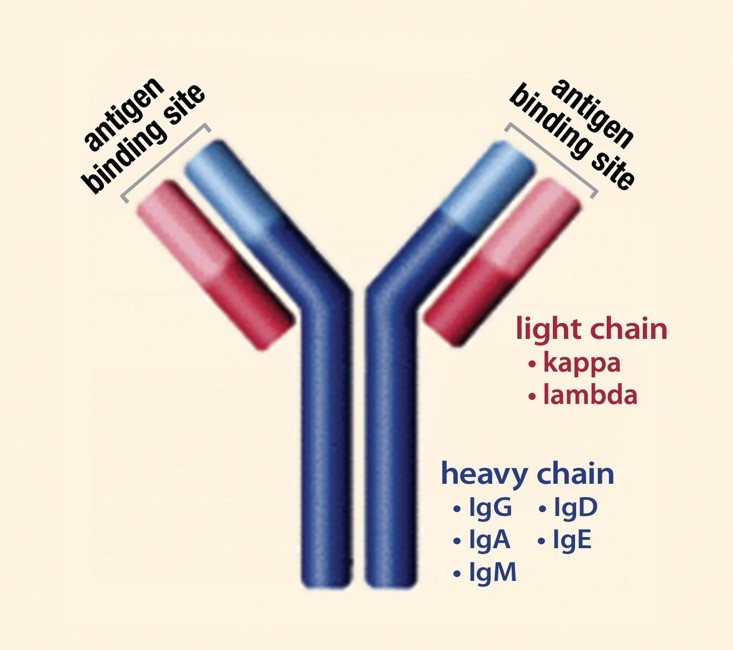 The serum free light chain assay (brand name Freelite®) is used for diagnosis and monitoring of myeloma. Immunoglobulin proteins are made up of two kinds of molecules, heavy chains and light chains (see diagram).

Patients with myeloma may learn that their cells secrete:

Some patients, when assessed by SPEP, appear to secrete no M-protein at all. These patients' myeloma cells secrete no heavy chain protein, only a very small amount of light chain protein. The Freelite test is used for patients who

The Freelite assay is also used to:

The Hevylite® assay is a blood test that measures the intact immunoglobulins. It measures:

If your myeloma protein is, for example, IgA kappa, the intact immunoglobulin that is its normal counterpart will be IgA lambda.

What tests do you need to assess the bone marrow?

Myeloma usually grows inside the bone marrow. Bone marrow tests (aspirate and biopsy) are performed routinely to diagnose and to monitor the disease. 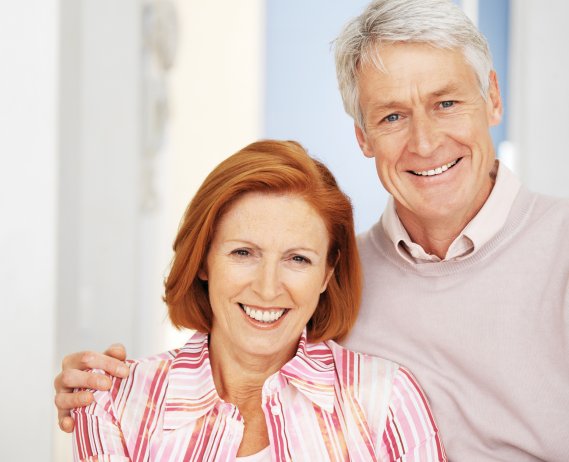 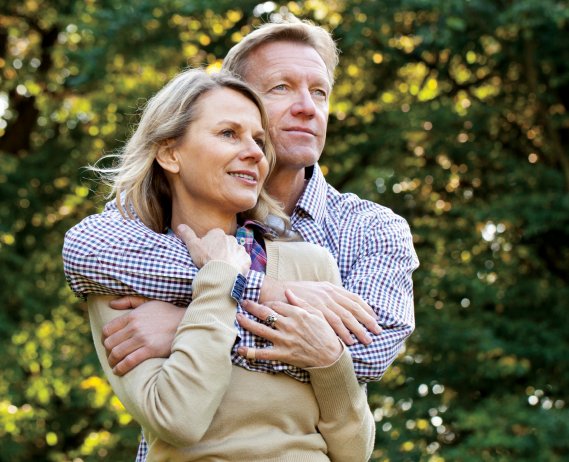