Established by the International Myeloma Foundation (IMF) at a meeting in Singapore in 2011, the Asian Myeloma Network (AMN) is comprised of myeloma experts from China, Hong Kong, Malaysia, Taiwan, Japan, South Korea, Singapore, and Thailand.

On March 17, 2011, the International Myeloma Foundation (IMF) established the Asian Myeloma Network (AMN) at a meeting in Singapore. Comprised of myeloma experts from China, Hong Kong, Malaysia,Taiwan, Japan, South Korea, Singapore, and Thailand, the IMF Asian Myeloma Network — the first of its kind in the region — has taken the lead in projects to assist IMF in providing physician education and patient support throughout Asia. Myeloma is a growing health problem in Asia, with an incidence that is approaching that in Western countries, but with a much larger population base.

Since its founding, the AMN has: 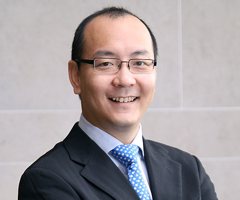 Dr. Chng graduated from the University of Leeds Medical School in the United Kingdom. He has a PhD from the National University of Singapore. He has fellowships from the Royal College of Physicians, Edinburgh; Academy of Medicine, Singapore; and Royal College of Pathologist, UK. His research focuses around multiple myeloma and the biology and therapeutics of hematologic malignancies. He is a member of many international professional committees, such as the American Society of Hematology Scientific Committee on Plasma Cell Neoplasia, the International Myeloma Working Group (IMWG), and the Asian Myeloma Network (AMN).

Within the AMN, Dr. Chng has taken the lead in developing the clinical trial network. This culminated in the first clinical trials using pomalidomide and dexamethasone in patients refractory to lenalidomide and with relapse myeloma after prior exposure to bortezomib. 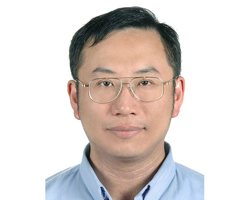 He is a member of numerous societies of Taiwan, including the Internal Medicine, Hematology, and Bone Marrow and Stem Cell Transplantation.

His current research focuses on multiple myeloma and also other low- grade B-cell malignancies, including B-cell CLL and plasmacytoid lymphoma. He has been involved in clinical research studies and trials using thalidomide, bortezomib, arsenic trioxide, HDACi, hypomethylating agents, and stem cell transplantation in a range of lymphoproliferative diseases. 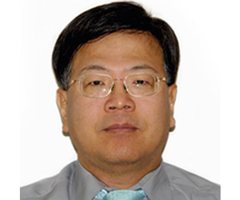 He is a co-founder and also serves as first and second chairman of the Korean Multiple Myeloma Working Party (KMMWP). Currently, he is a Scientific Advisory Board member of the IMF and has been an active member of the IMWG since 2008. 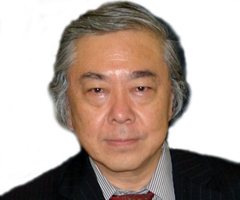 Dr. Kazuyuki Shimizu received his MD from the Nagoya University School of Medicine in Nagoya, Japan, in 1972 and completed a fellowship in clinical immunology at the Memorial Sloan-Kettering Cancer Center in New York City, New York. He received his PhD from the Nagoya University Post Graduate School in 1980. He was the director of the Nagoya City Midori General Hospital from 2006 until 2011, where he holds his current position as honorary director. Between 2011 and 2013, he was a professor of the Department of Multimodal Therapy for Multiple Myeloma, Aichi Gakuin University School of Dentistry. Currently, he is a staff physician of the hemato-oncology service at the East Nagoya National Hospital, Nagoya, Japan.

Dr. Shimizu played an important role as the lead investigator for the approval of thalidomide, denosumab, panobinostat, and serum-free light chain assay in Japan.

From 2008 to 2014, Dr. Shimizu was the president of the Japanese Society of Myeloma (JSM) — an organization that has currently around 500 members comprised mostly of physicians specializing in myeloma, of which he is now an honorary member. Dr. Shimizu has played a leading role to publish myeloma management guidelines in collaboration with the members of JSM for the past eight years (the first edition was published in 2004, second in 2008, third in 2012, and the most recent in 2016). He also helped to publish a patient guidebook in collaboration with IMF Japan. In April 2013, he was the president of the successful 14th International Myeloma Workshop held in Kyoto, Japan. He has been a member of the board of directors of the International Myeloma Society (IMS).