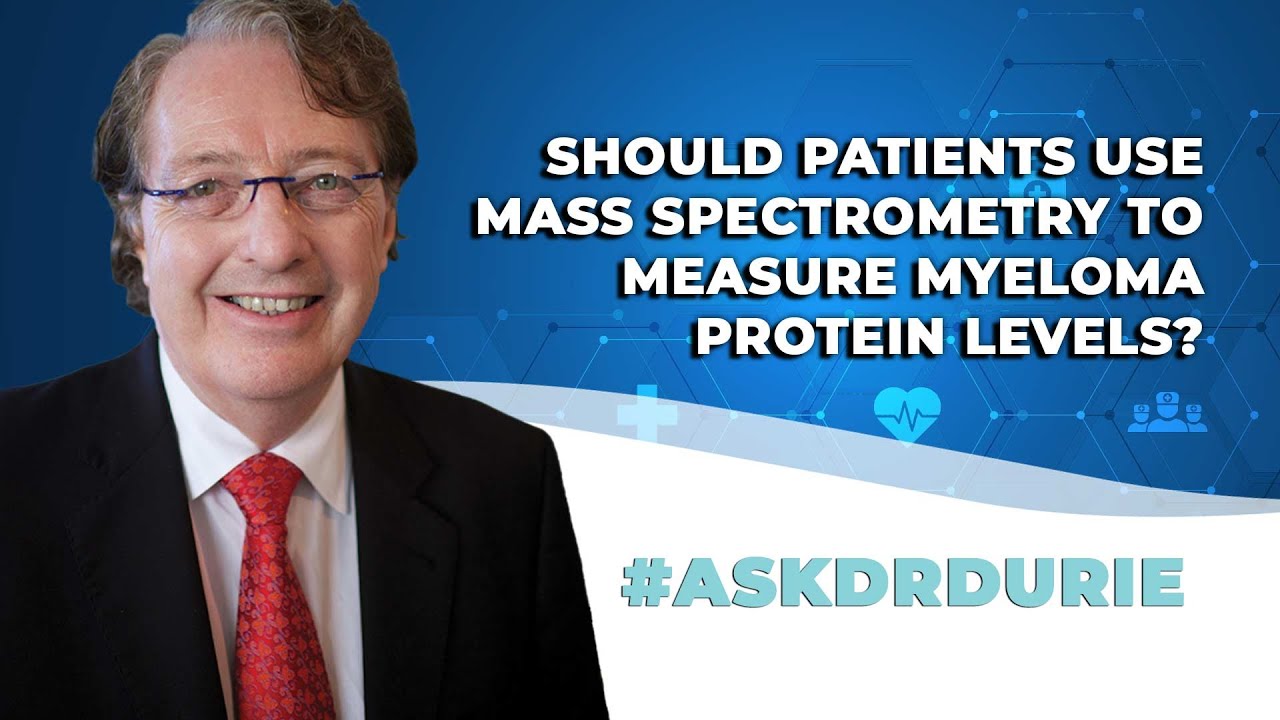 Should patients use mass spectrometry to measure myeloma protein levels?

The BOTTOM LINE: With a better understanding and commercial availability, mass spectrometry will be a powerful tool to track myeloma at very low levels.

This week's "Ask Dr. Durie" comes from a patient—a gentleman—who wants to know; should he get mass spectrometry testing to evaluate the level of the myeloma protein in the blood?

We need to look closely at the results of databases and clinical trials to understand if some patients may have a low level of myeloma protein picked up by mass spectrometry—which can be a low-level, stable disease. This is something we're just learning about.

We'll also learn if the mass spectrometry is negative, is this good, and maybe even something similar to having a minimal residual disease test in the bone marrow—which is negative?

And so, we do have quite a bit of learning about the interpretation of mass spectrometry testing. In addition, this test is not yet commercially available. Samples can be sent to the Mayo Clinic, where they do have a testing program, but again, this is not set up in a standardized commercial way as of yet.

And so, the BOTTOM LINE is there is no immediate rush to get mass spectrometry at testing talk to your doctor about it and if there is a concern about possible low-level disease, it could be considered to send off a sample. But, my recommendation is to be patient right now until we get more information. By early next year or the middle of next year, commercial testing will be available and this will be an important new technology for evaluating and tracking myeloma at a low level of disease.

What should myeloma patients know about mass spectrometry?