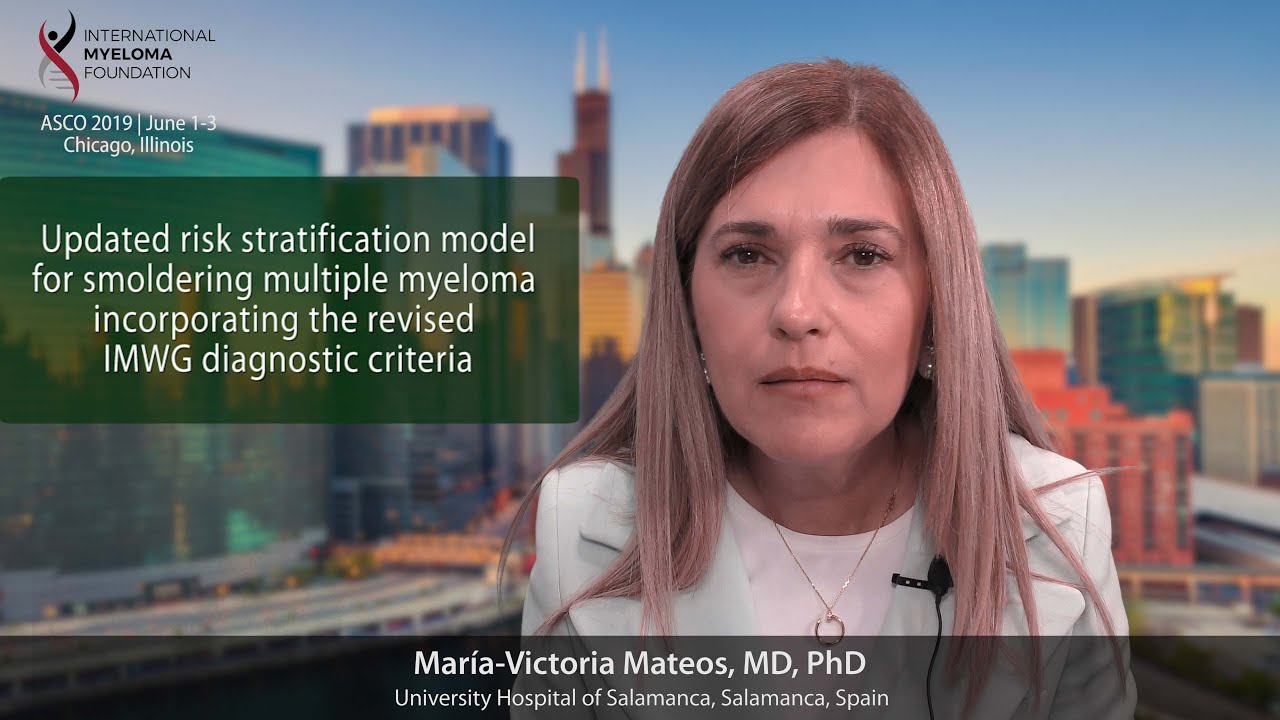 The diagnostic criteria for MM were revised in 2014, recategorizing ultra-high risk (i.e., 80% at two years) as active myeloma requiring therapy. The removal of patients at the highest risk of progression from the smoldering group requires reassessment
of current risk stratification models.

We have developed a risk stratification model for SMM that incorporates revised cutoffs for previously used parameters (20/2/20) that can be universally applied. Additional analysis are being conducted to develop models that utilize common cytogenetic abnormalities, as well as those without FLC given lack of availability of all tests across the world.

Dr. María-Victoria Mateos, is Associate Professor of Hematology and Consultant Physician in the Haematology Department at the University of Salamanca and Director of the Myeloma Unit, where she is responsible for coordinating the Clinical Trials Unit in Salamanca University Hospital’s Haematology Department. She currently serves on the European Hematology Association (EHA) as the chair of Scientific Program Committee for the 2019 congress.

Treatment for relapsed myeloma, fraility, and drugs in development