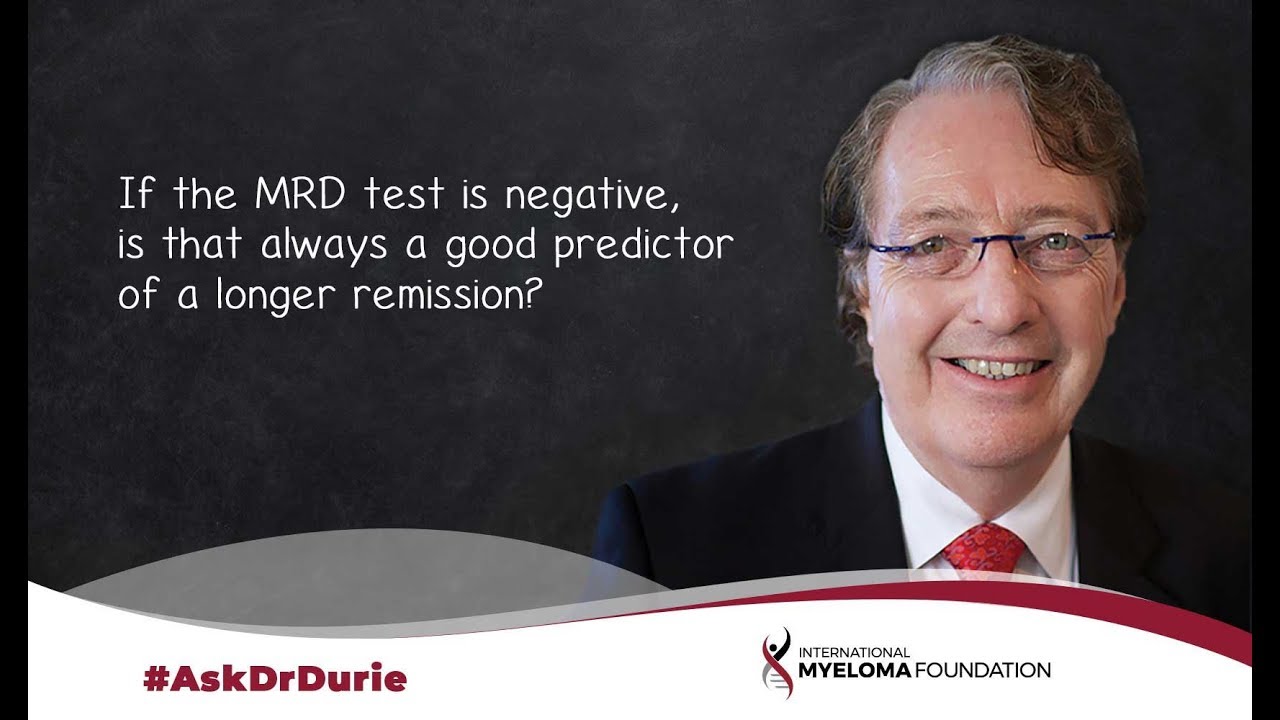 If the MRD test is negative, is that always a good predictor of a longer remission?

This weeks’ ‘Ask Dr. Durie’ comes from a patient concerned with the value of testing for minimal residual disease. The specific question is: “If the MRD test is negative, is that always a predictor of a long remission?” And so, this is obviously a very very important question, and there are several parts to the answer.

And in general, what we are looking for is possibly a follow-up test if feasible. So, if for example a test is done at six months, nine months or maybe a year, and is negative, we want to be sure, is that MRD-negative sustained at 18 months or at two years? And so, sustained MRD negativity is really the best predictor of long-term benefit and could ultimately become a predictor of a potential cure. But one needs to have a sensitive test, 10-6 level, sustained MRD-negative at hopefully one year, then maybe three years or even five years, which then would lead you to a definite probability of much longer-term benefit.

And so, the BOTTOM LINE, in this case, is that having a single MRD-negative test is not a panacea. This is something that needs to be discussed carefully with your doctor in terms of the sensitivity of the test, your own particular disease setting, the timing of the test, and with a plan to probably repeat that test over a period of time to make sure that it is sustained and then have a situation where the benefit is much more predictable.

What is MRD, or Minimal Residual Disease?

Read more
Previous Post
How important is it to keep dexamethasone in the myeloma treatment regimen?
Next Post
An Overview of Multiple Myeloma Key Abstracts at ASCO 2019