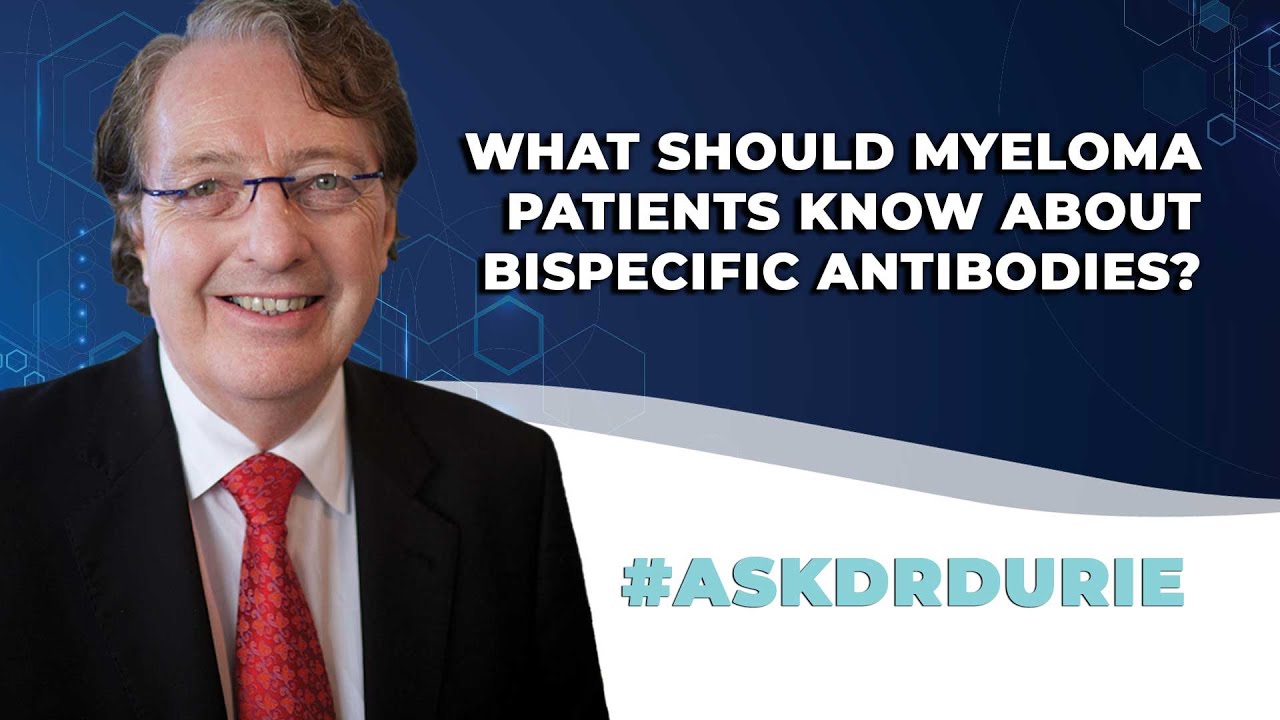 What should myeloma patients know about bispecific antibodies?

So, in addition to binding to the myeloma, the antibody binds to immune cells, usually T cells, but can also be other cells called NK cells in the microenvironment surrounding the myeloma. These bispecific monoclonal antibodies, harness the immune cells, the T cells, for example, to jointly attack the myeloma and achieve a much better level of attack and killing of the myeloma.

And so, this is quite promising to produce better results and achieve a deeper response. The targets for these bispecifics are similar to other immune therapies and mostly to BCMA, B-cell maturation antigen, on the surface of the myeloma. But there are some other new or targeted ones. GPRC5D, for example, is another one with a specific monoclonal directed against that.

The initial results in the relapsed/refractory setting have been very promising, mostly in the 60 to 70% range. A number of these patients have received prior therapy directed against BCMA. And so, it's been encouraging to see that these patients continue to respond. It seems that this will be an important new avenue of treatment and an ongoing new modality.

These therapies are given either intravenously or by subcutaneous injection on an outpatient basis, but also an ongoing basis. And so, there's an ongoing deepening response as treatment is continued.

And so THE BOTTOM LINE, in this case, is that bispecifics are important new therapies. There are several types, and it is anticipated that in the coming months to a year or two, there will be several of these bispecific monoclonal antibodies approved by regulators, both by the FDA and in Europe, by the EMA, and available for broad use. So, very encouraging to have this new immune approach to therapy.

How does the M-spike correlate to the amount of myeloma protein in the body?

Carfilzomib-based induction with or without ASCT followed by lenalidomide or carfilzomib-lenalidomide maintenance: Efficacy in high-risk patients