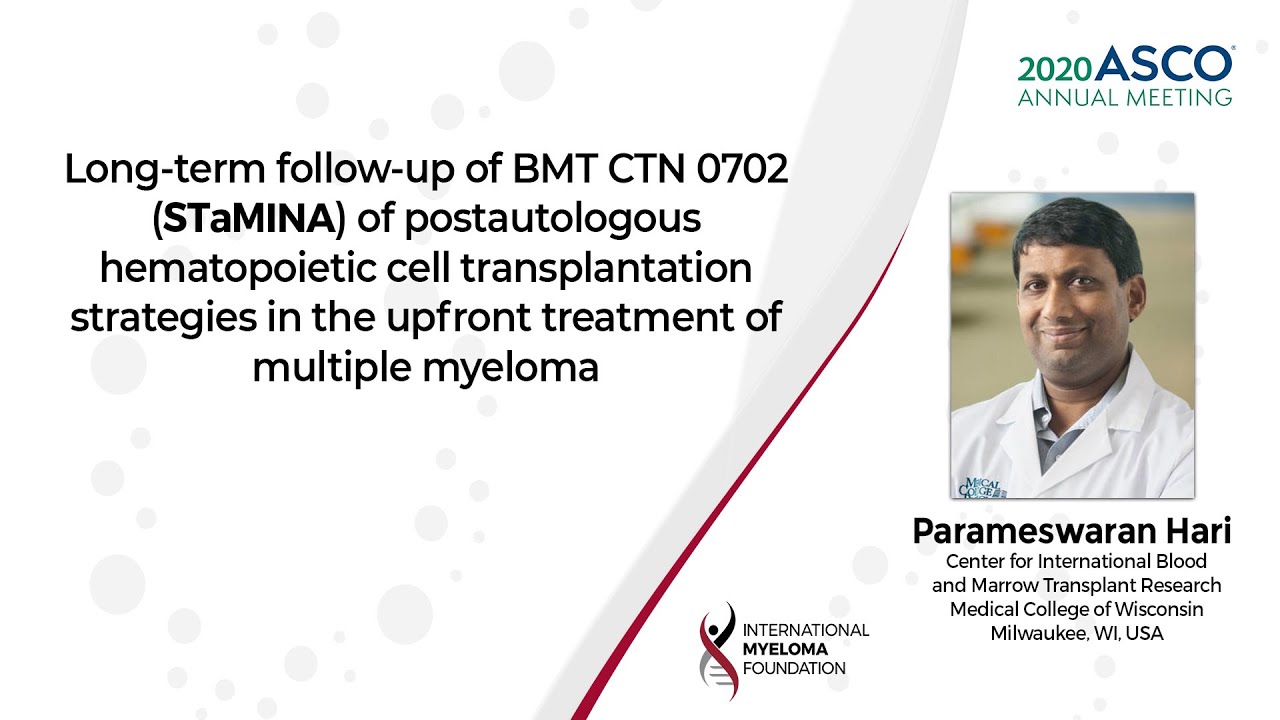 What is the STaMINA study?

Dr. Parameswaran Hari, Professor of Hematology at the Medical College of Wisconsin, discusses the long-term follow-up of the STaMINA study.

Parameswaran Hari, MD, MRCP, MS, is the Armand J. Quick/William F. Stapp Professor of Hematology at the Medical College of Wisconsin. He serves as Chief in the Division of Hematology and Oncology in the Department of Medicine. His main areas of focus include allogeneic hematopoietic stem cell transplantation, plasma cell disorders, multiple myeloma, amyloidosis, and other monoclonal gammopathies.

Updates in Multiple Myeloma from ASCO 2020