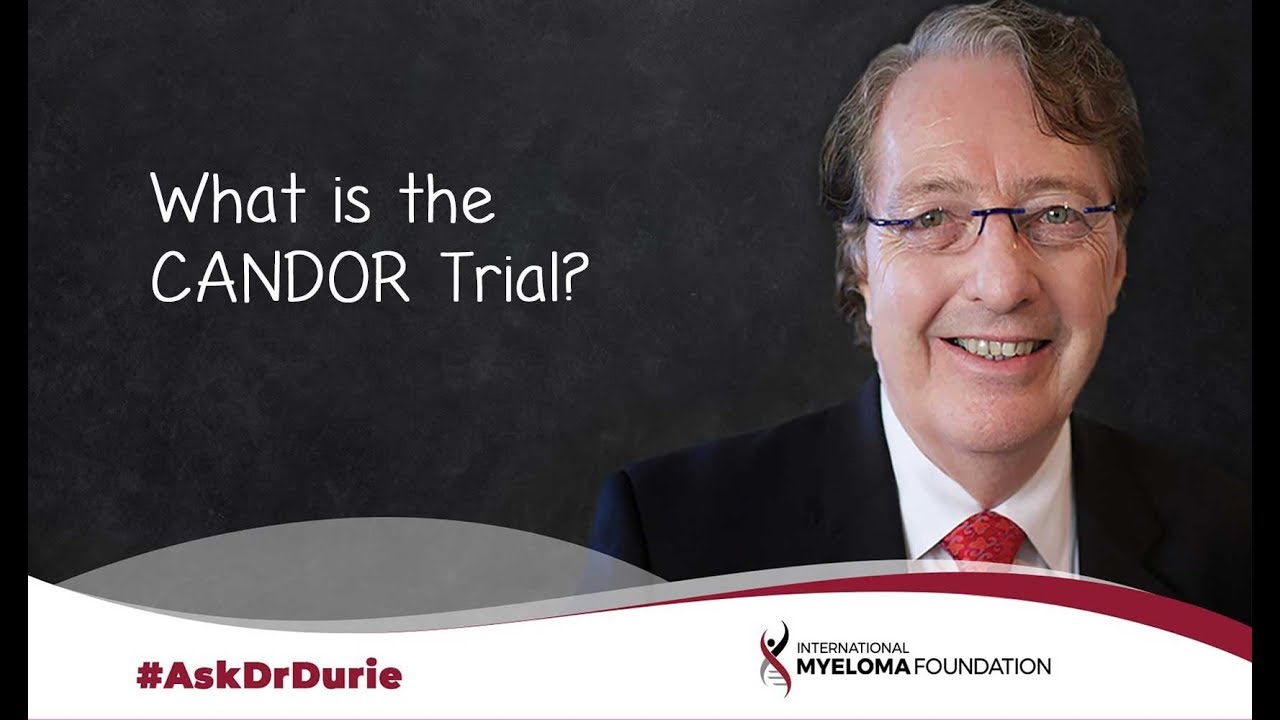 What is the CANDOR trial?

This week’s “Ask Dr. Durie” comes from a patient who wants to know, “What is the CANDOR trial?”

Well, this is a trial that was recently in the news. The CANDOR trial was announced in a press release from the AMGEN corporation indicating that in this study, the combination of Kyprolis®, daratumumab, and dex gave results superior to the doublet of Kyprolis and dexamethasone. This was important because the length of the remission was superior with the three-drug verses the two-drug in this randomized phase III trial in patients with relapsed/refractory myeloma.

In the big picture, what this means is that with the three-drug combo KDd, there is a thirty-seven percent reduction in the risk of relapse or death with that combo versus the doublet.

So, this is an important trial which supported a single-arm study that was completed and published just recently in the journal, Blood. And this particular trial, the Kyprolis was given once a week, which is quite encouraging for patients because this is a more convenient schedule.