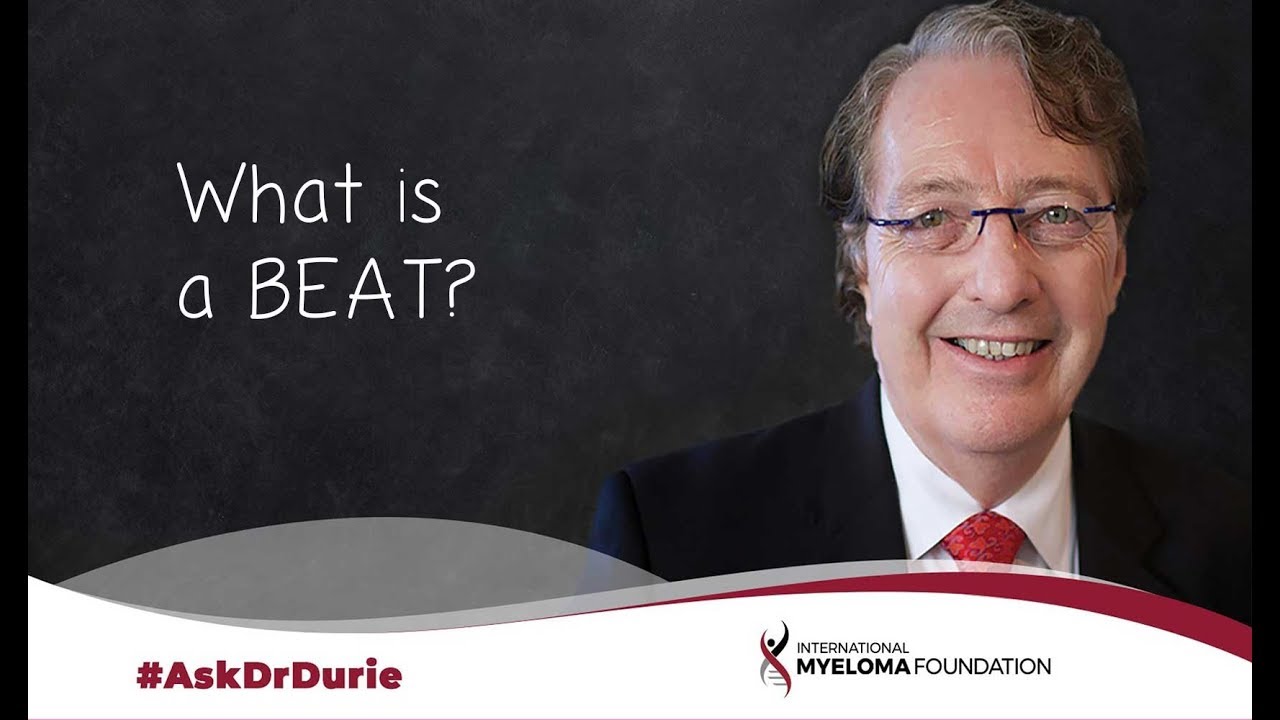 What is a BEAT?

This week's "Ask Dr. Durie" comes from. A patient who wants to know, "What is a BEAT?" Well, this is a new question that comes from a press release just a few weeks back, indicating that a BEAT was going to be tested in multiple myeloma.

So, it turns out that a BEAT is very similar to a BiTE, that we've been talking about for a couple of years or so now. They are basically different acronyms for the same thing.  A BEAT is a bispecific engager for a monoclonal antibody to link to a T cell, "B-E-A-T." A BiTE is also a bispecific engager for T cells, it just does not include the "A" for the antibody. It doesn't reference the antibody.  So, basically, a BEAT and a BiTE are actually the exact same type of thing.

The BEAT came into the news because a company called Glenmark announced that they had received orphan designation for a new BEAT in clinical trials. This is GBR 1342.

In the case of the GBR 1342, the studies are quite early in the phase I to II testing period. For this, the BEAT is given by a 24-hour infusion. These types of agents tend to have a short half-life, so they do need to be administered by an infusion. In this case, twice a week.  And so, the preliminary results are promising.

And the BOTTOM LINE, in this case, is that a BEAT is like a BiTE. And the new BEAT, GBR 1342, is promising and we'll be looking forward to results in the coming months. 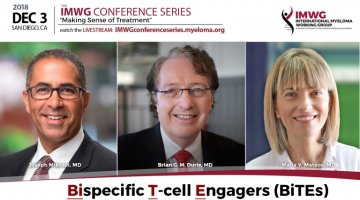 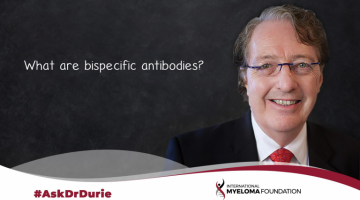 What are bispecific antibodies?

Read more
Previous Post
What is the CANDOR trial?
Next Post
Can bone lesions progress even when all other tests look good?