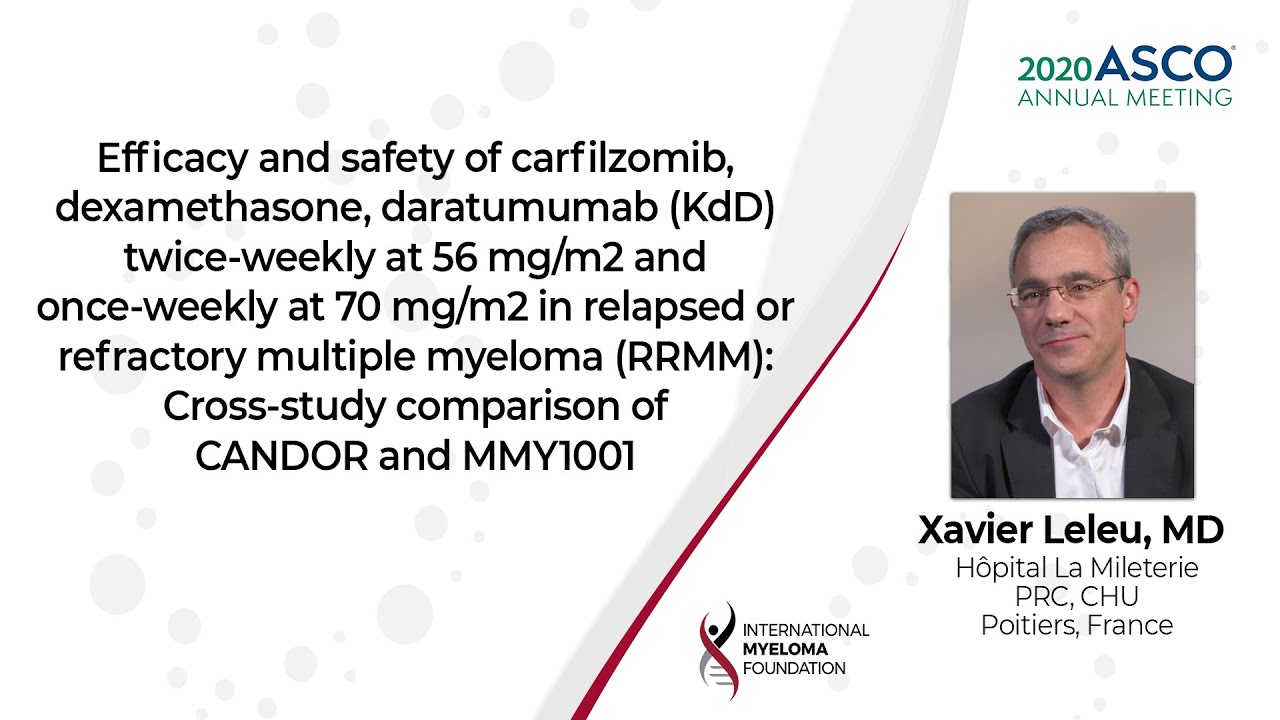 Efficacy and Safety of KdD in Relapsed Refractory Multiple Myeloma: Cross‐study comparison of CANDOR and MMY1001

What are the CANDOR and MMY1001 studies?
The CANDOR trial is a randomized phase III study that compares the efficacy of Kyprolis (carfilzomib), dexamethasone, and Darzalex (daratumumab) (KdD) to Kyprolis and dexamethasone alone (Kd) in relapsed refractory multiple myeloma patients. MMY1001 is a nonrandomized study of the benefit of once-weekly carfilzomib (K) at 70 mg/m2 for the same triplet, KdD.

In this video:
Dr. Xavier Leleu explains this robust cross-study comparison to investigate twice-weekly KdD at 56 mg/m2 compared to once-weekly KdD at 70 mg/m2. The primary analysis set for this cross-study comparison included individual data from CANDOR patients with prior exposure to Velcade (bortezomib) and immunomodulatory drug, and all patients in MMY1001. A stringent statistical analysis (the propensity scoring method) was used to determine efficacy endpoints. Safety, however, was evaluated side-by-side.

The benefit of once-weekly carfilzomib (K) at 70 mg/m2 for the same triplet, KdD in relapsed refractory multiple myeloma was favorable as compared to twice-weekly dosing 56 mg/m2.

Dr. Xavier Leleu is the Head of the Myeloma Clinic and Head of the Department of Hematology at Hôpital La Mileterie, part of the academic hospital of Poitiers, France. He is actively involved in numerous national and international clinical trials as an investigator and coordinator. Dr. Leleu is a frequent speaker at national and international congresses and is a reviewer or a member of the editorial board of several hematology journals. He is actively involved in the Intergroupe Francophone du Myélome. 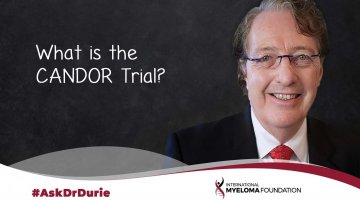 What is the CANDOR trial? 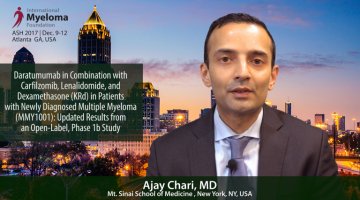