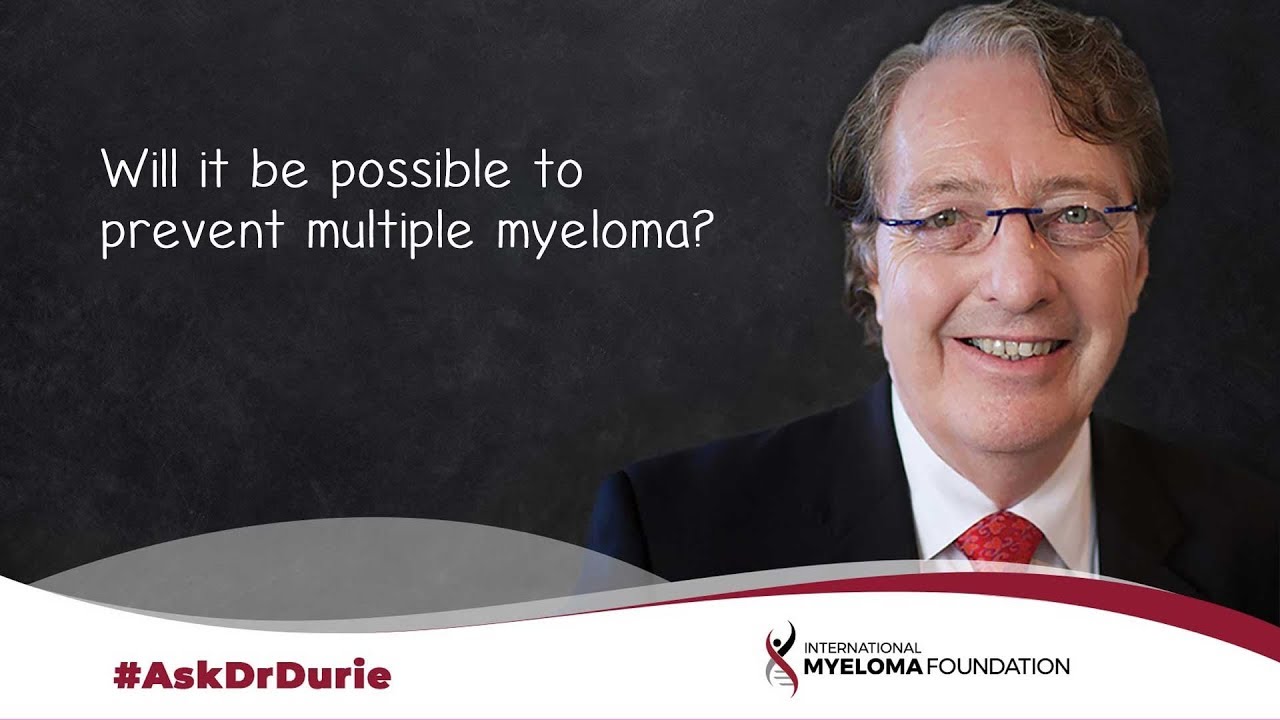 Will it be possible to prevent multiple myeloma?

This week’s “Ask Dr. Durie” comes from a patient who wants to know: “Will it really be possible to prevent myeloma?” And obviously, this is something that has been discussed a lot in the last two, three, four years. But clearly the tone of this patient is rather skeptical, thinking that clearly, it’s going to be quite difficult to prevent myeloma.

And so, the first part to prevention is to understand that active multiple myeloma is always proceeded by MGUS, monoclonal gammopathy of undetermined significance. And so, there is a pre-myeloma stage. And so, to prevent myeloma, the first question is, “What causes MGUS?”

And so, this is a question that through the Black Swan Research Initiative®, we are attempting to answer in our Iceland program, the iStopMM initiative. In which, we are evaluating all the patients in Iceland who have developed MGUS. And at this point, from our screening of the population, over 90,000 of the Iceland population have evaluated thus far. It’s estimated that we will identify approximately 4.000 new patients with MGUS. And by analyzing these individuals, we will get a good analysis of what is triggering this MGUS? And is there a genetic predisposition to developing MGUS?

The second type of prevention is really not full prevention, but it is to prevention the progression of MGUS into active myeloma. And, this is something that is already being investigated in clinical trials. A variety of single agents have been tested including Revlimid®, Revilimid+dex, and even daratumumab to see if it will prevent the development of myeloma.  What we know so far, is that it can certainly delay the onset but don’t really have a good sense that it can truly, fully prevent the active myeloma phase.

And so, THE BOTTOM LINE is that there is a high likelihood that in the coming years that we will be able to both prevent the development of MGUS and also, to prevent or delay the transition from MGUS to active myeloma. But for the time being, these are areas of active research and areas of which I’ll be glad to give future updates as we learn more and can offer some suggestions of how to be starting to prevent MGUS and the transition to active myeloma.

Is it reasonable to take Zometa for longer than two years?

Is it possible to have symptoms of myeloma in your head?

Read more
Previous Post
What new drug options will be available for patients with relapsed and refractory multiple myeloma in 2020?
Next Post
What is resilience? And how important is it?