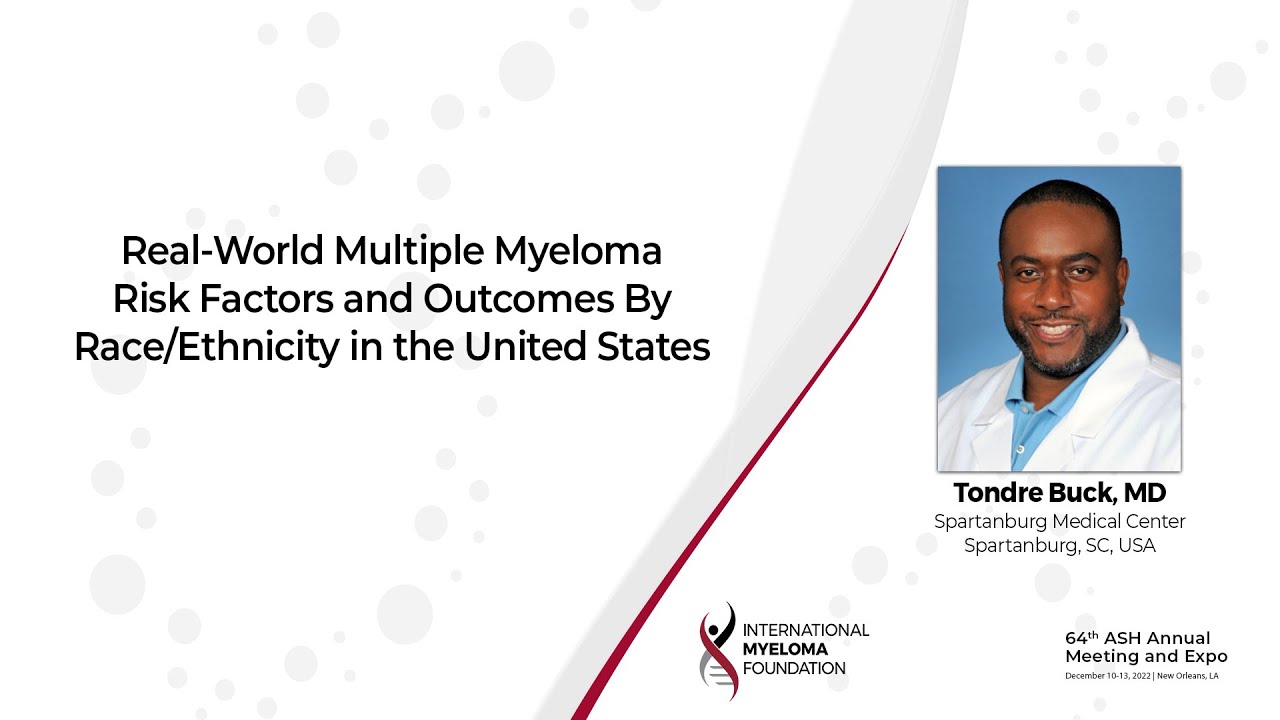 Age-adjusted incidence and mortality rates for multiple myeloma (MM) have been higher among Blacks/African Americans (AAs) than Whites in the United States. Yet several prospective and real-world retrospective studies have suggested similar, or even improved, outcomes among Blacks/AAs, particularly when there is equal access to care. Real-world (RW) evidence can provide important insight into factors that impact patient (pt) outcomes in everyday practice. This retrospective, observational cohort study sought to describe associations between pt, disease, and treatment characteristics and survival outcomes by race/ethnicity.

Among RW pts with MM from the Flatiron Health database, unadjusted rwPFS and rwOS were similar between NH Black/AA pts and NH White pts, as previously reported. In general, associations between risk factors for rwPFS and rwOS were consistent between races/ethnicities. Findings from this study compliment knowledge gained from earlier prospective and RW retrospective studies, helping to inform clinicians about the impact of race/ethnicity on disease characteristics and treatment patterns in the United States as well as MM outcomes within diverse populations.

The Impact of Hispanic Ethnicity on Disease Characteristics in Multiple Myeloma