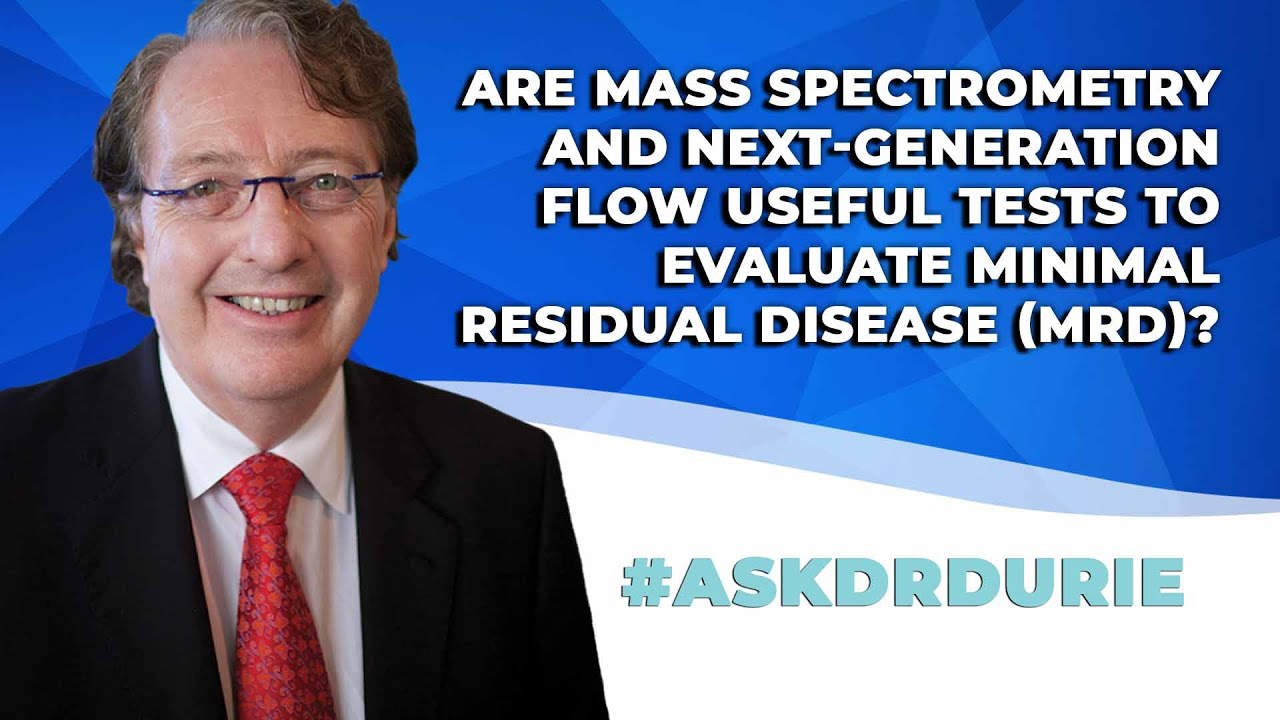 Myeloma expert Dr. Brian G.M. Durie discusses how mass spectrometry and next-generation flow can be used to predict the length of remission.

The BOTTOM LINE: Mass spectrometry and next-generation flow can be used to predict the length of remission.

This week's “Ask Dr. Durie” comes from a patient who is very interested in MRD-testing, testing to look at low levels of minimal residual disease. And the question is: are the two tests—mass spectrometry in a blood sample and next generation flow— mostly in the bone marrow, normally in the bone marrow—are both of those kinds of testing valuable?

And this is a very, very interesting point, which was evaluated as part of a presentation at the ASH meeting in December 2022 in New Orleans. The results from a Spanish GEM trial were presented by Noemi Puig, who looked at the combination of mass spectrometry testing and next-generation flow testing in these Spanish patients. And the bottom line was rather straightforward if there was measurable residual disease.

In other words, if patients had not achieved MRD negative but continued to have a positive test result with mass spectrometry or next-generation flow, those patients in both instances had shorter remission versus the patients who achieved a negative test result with either method. And so, it turns out in a bottom-line scenario here that both of those tests are very, very useful.

And so, since mass spectrometry is a test performed in the blood, this can be used as kind of a screening method. And so obviously, if it's positive, then that is very helpful. If it's negative, then this could indicate a need to go ahead and do that bone marrow testing to see if any residual disease can be found.

But complementary testing, which in this study gave very, very similar results in terms of the ability to predict a shorter or a longer remission.

#AskDrDurie: Should I have an ASCT if I've been through therapy and am in remission?