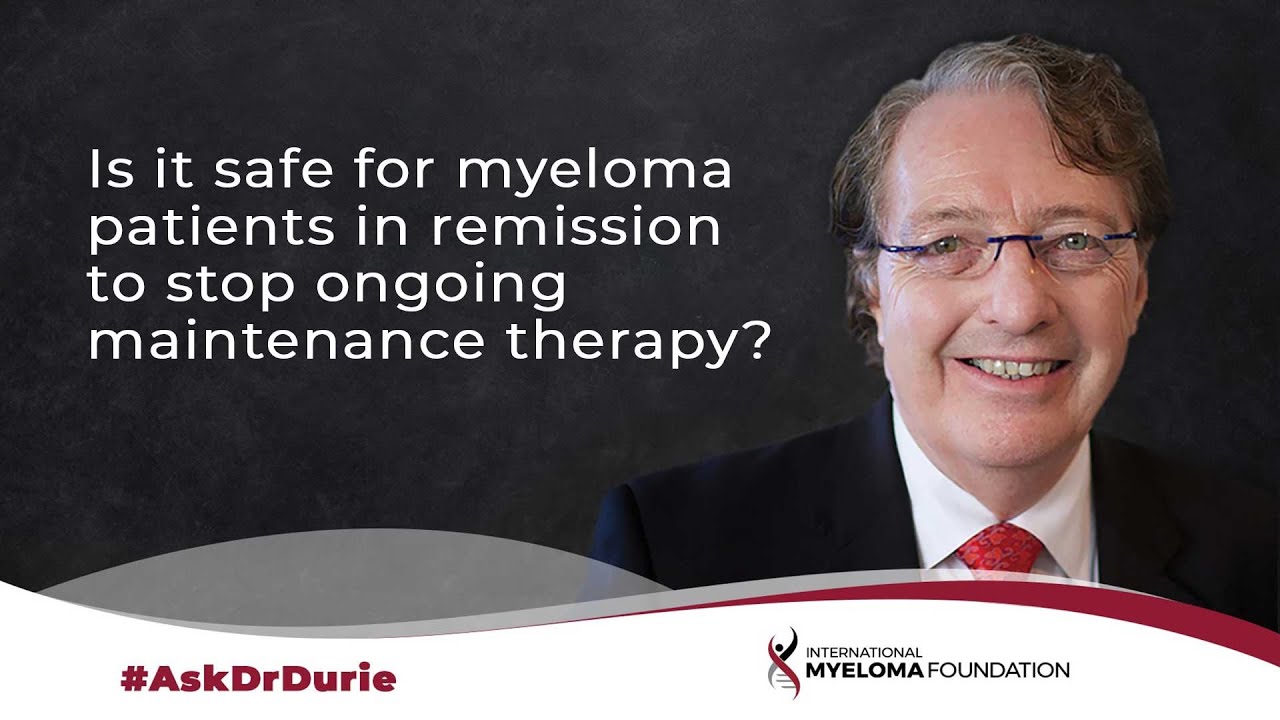 Is it safe for myeloma patients in remission to stop ongoing maintenance therapy?

#AskDrDurie: Should I Be On Maintenance Therapy?