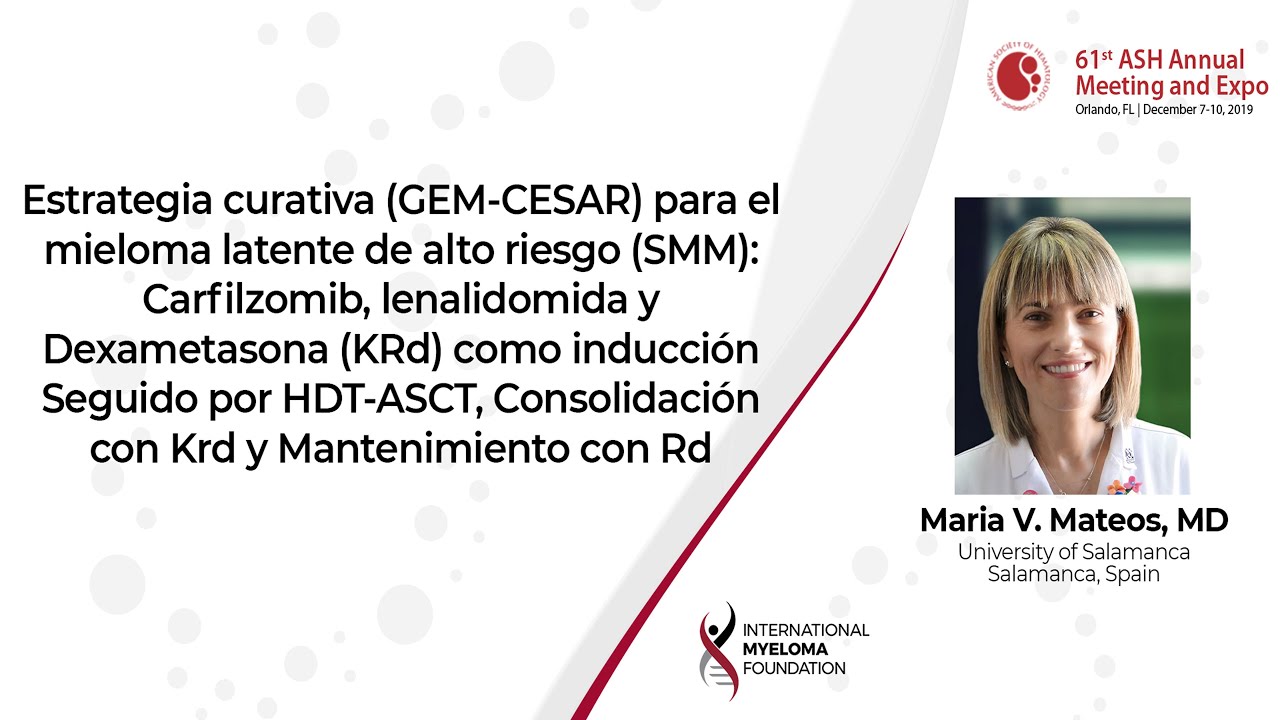 Introduction: SMM is an asymptomatic and heterogeneous plasma cell disorder. Both Spanish Myeloma and ECOG Groups have demonstrated that patients at high risk of progression to active multiple myeloma benefit from early treatment with Revlimid-based regimens. Our next step was to design this phase 2, single-arm trial, focusing on the same population, but with the potential goal of cure, defined by sustained minimal residual disease negativity (MRD-ve) at 5 years after HDT-ASCT.

Conclusions: The primary end point of the trial was met, and 56% of the pts who completed induction and HDT-ASCT achieved MRD-ve. This “curative strategy for high risk SMM” continues being encouraging and 93% of patients remain alive and progression-free at 30 months and 98% of patients alive.

Dr. María-Victoria Mateos is an Associate Professor of Hematology and Consultant Physician in the Haematology Department at the University of Salamanca and Director of the Myeloma Unit, where she is responsible for coordinating the Clinical Trials Unit in Salamanca University Hospital’s Hematology Department. She currently serves on the European Hematology Association (EHA) as the Chair of the Scientific Program Committee for the 2019 Congress