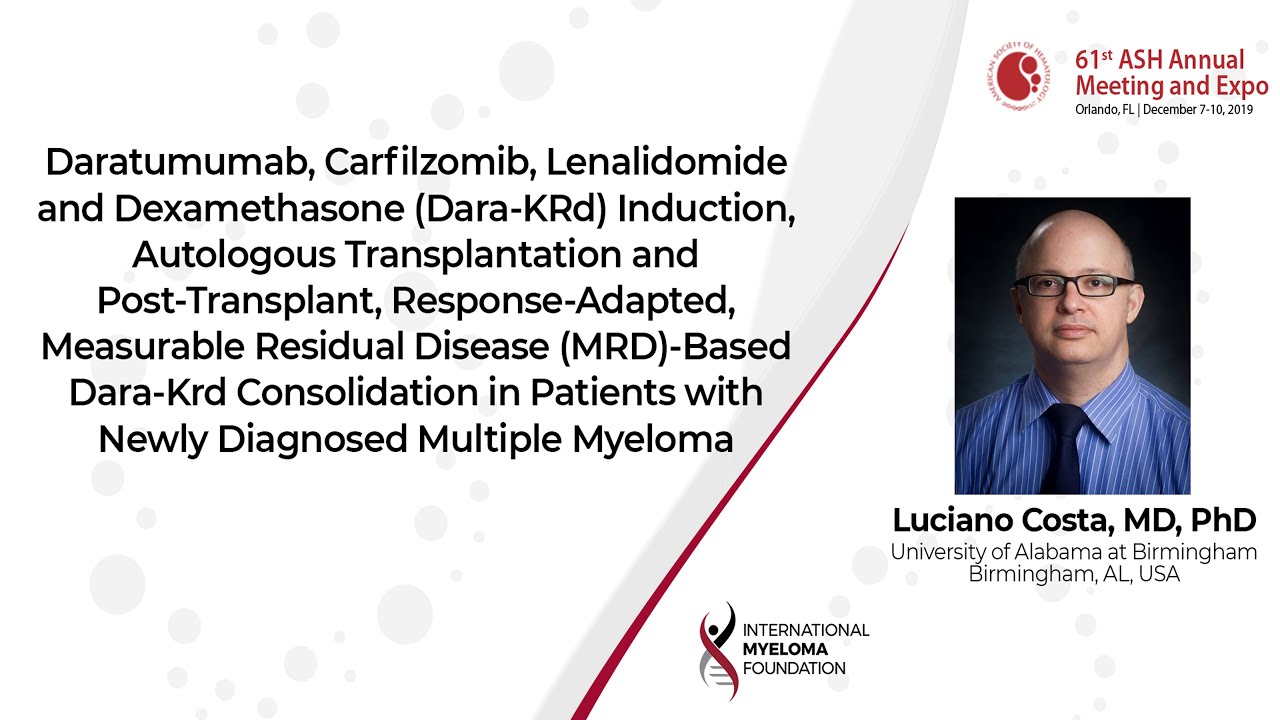 Background: The CD38-targeting antibody daratumumab, when combined with a proteasome inhibitor or with an immunomodulatory agent (IMiD) increases depth and duration of response in multiple myeloma (MM). Depth of remission post initial therapy as assessed by MRD predicts long term outcome in NDMM. We hypothesized that the combination of daratumumab, carfilzomib, lenalidomide and dexamethasone (Dara-KRd) would be safe and highly active in patients with NDMM. In addition, we assessed the feasibility of using MRD by next generation sequencing (clonoSEQ® method, sensitivity 10-6) to inform the use and duration of post-transplant Dara-KRd consolidation.

Conclusion: This is the first report of monoclonal antibody-based quadruplet regimen with MRD-based response-adapted therapy in NDMM. Dara-KRd induction, autologous transplant and Dara-KRd consolidation guided by MRD is feasible, safe and leads to high proportion of patients achieving CR/sCR, IMWG MRD-negative CR, imaging plus MRD-negative CR and MRD <10-6. This approach can form the basis for clinical efforts to reduce the burden of continuous therapy in those with confirmed MRD-negative remissions.