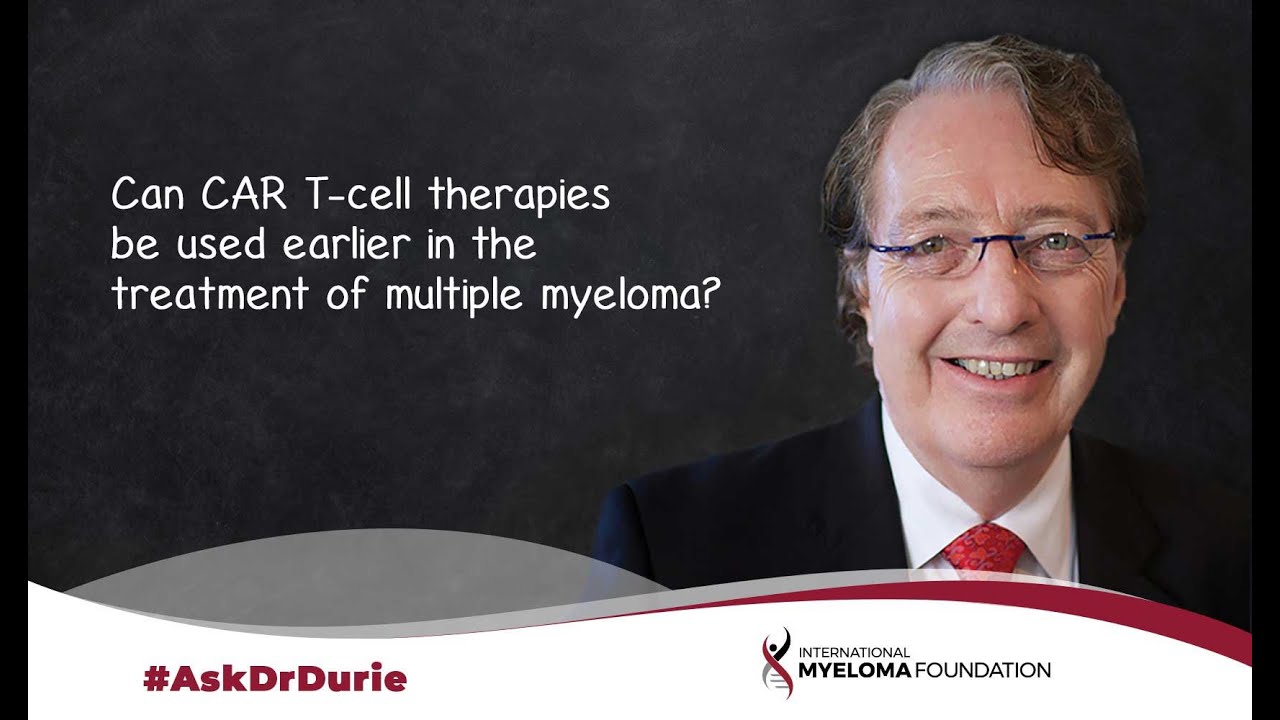 Can CAR T-cell therapies be used earlier in the treatment of multiple myeloma?

Now, CAR T-cell therapies are engineered T cells which are taken from the patient and then engineered in the lab to target the myeloma. Right now, the most successful target is BCMA, B-Cell Maturation Antigen. And so, there are several products, several types of CAR T cells that are in trials currently. And as this gentleman points out, mostly in patients with very advanced disease.

The problem with moving those therapies into an earlier disease situation is the possibility of side effects. And the main concern that has emerged is something called Cytokine Release Syndrome, CRS. And this has been a concern particularly with some products and particularly in efforts to use much higher doses of the cells. However, there are now multiple protocols where this has been taken into account using a good dosage of cells, and with some modified products, such that this CRS is much less of a concern. And so, the important thing is that the benefit, the efficacy, has been retained.

And so, I think what caught the attention of this particular gentleman was the fact that in advanced disease settings, with one product from Legend Pharmaceuticals* (Legend Biotech) at the ASH meeting in December, 88 percent of the patients with relapsing disease had an excellent response with many of those patients actually achieving Minimal Residual Disease negative status. And so, one could only imagine what could be the potential advantage of giving this therapy much earlier.

And so, the simple answer to this question is that absolutely there is a strong interest in giving CAR T-cell therapies earlier and paying close attention to the side effects such as CRS such that that is minimized but retaining the high level of efficacy. And in fact, there’s a strong interest in using CAR T cell in the Black Swan Research Initiative, where we’re focused on eliminating the disease and achieving MRD negativity in a sustained fashion.

And so, BOTTOM LINE, yes, considerable interest in moving CAR T-cell therapies earlier in the disease. However, it does need to be done with some caution, and it’s going to be a step-wise process in the coming two-three years to see if this can be a successful strategy with good efficacy and without significant toxicity.