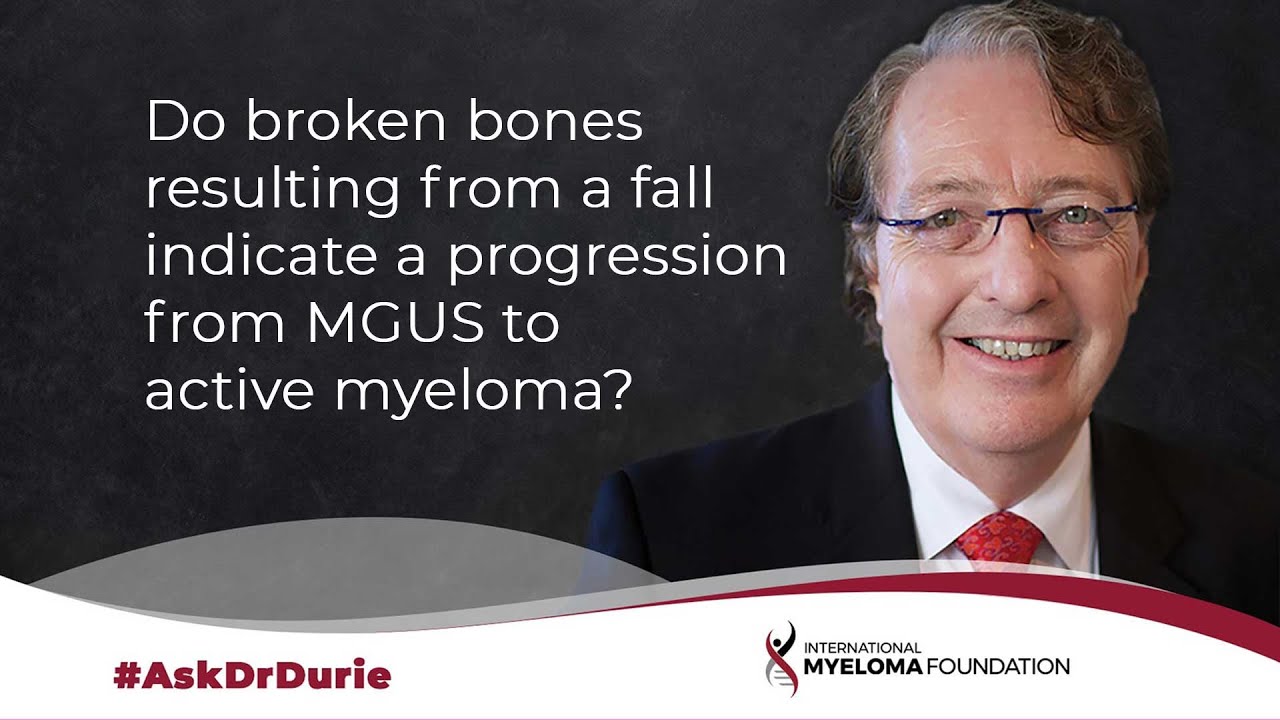 Do fractures resulting from a fall indicate myeloma progression?

This week’s “Ask Dr. Durie” comes from a gentleman who is very concerned because he developed a couple of broken ribs. And so, he has MGUS, and the question with his doctor was, “with broken ribs, does mean that he has now developed active myeloma?”  And so, very, very, important, this question.

So, in his case, he actually had quite a bad fall, fell over backward against some rocks and broke the ribs in that fashion. And so, in this case, where there’s been quite a serious trauma involved, an accident, then I think that the development of some broken ribs does not necessarily mean that there has been myeloma.

But it means that one needs to look carefully to see, well maybe were the ribs weakened? Or, are there any indications that the myeloma has indeed become more active.

And so, in this situation, I strongly recommend that detailed testing be repeated. One needs to check, is the myeloma protein level in the blood, has that changed? Has that increased? Is there an increase in the blood free light? The light chains in the blood. Has there been a change in the bone marrow plasma cells? The percentage, I’m assuming had been quite low and it would be reasonable to see if there’s been an increase in the bone marrow plasma cells.

And then, of course, the critical thing is to evaluate the bones overall. And this can be done with a whole-body CT scan, or if feasible, a PET-CT scan would be ideal, to see is there any active myeloma anywhere throughout the skeleton? In this particular case, where apparently the myeloma protein level had not changed, I would expect that the PET-CT scan would be negative, except possibly at the site of the healing of the two fractures.  And so, this is a very important thing just to be aware of. 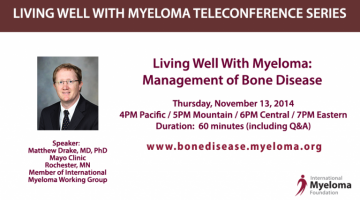 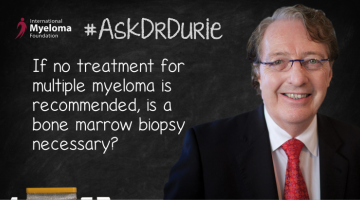 If no treatment for multiple myeloma is recommended, is a bone marrow biopsy necessary?

Read more
Previous Post
Can infections, such as Helicobacter pylori, trigger multiple myeloma?
Next Post
What can newly diagnosed myeloma patients expect in regard to treatment in 2020?