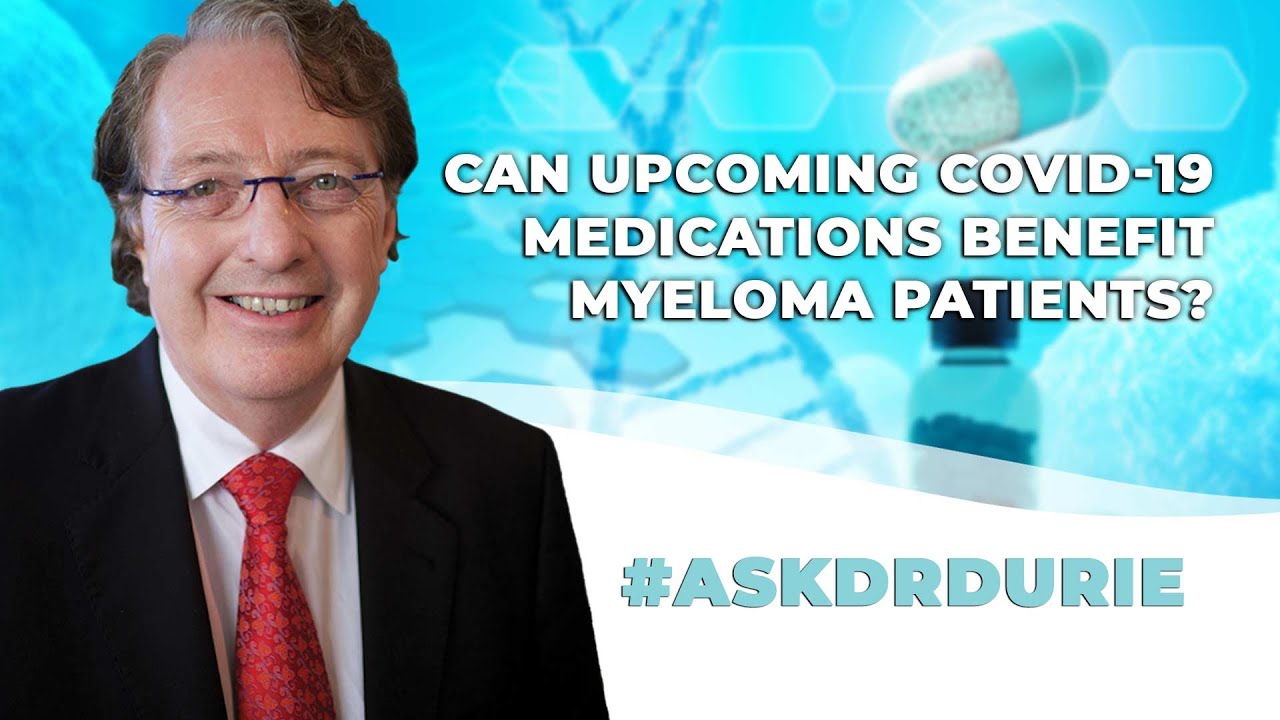 What are the upcoming oral medications that will be used against COVID-19?

In this episode, myeloma expert Dr. Brian G.M. Durie outlines the upcoming oral medications against COVID-19 and how they can be used to reduce severe infection and hospitalization in myeloma patients.

The BOTTOM LINE: These active treatments could greatly reduce severe Covid-19 infection and the need for hospitalization in the myeloma community.

This week’s “Ask Dr. Durie” comes from a patient who has heard of some new oral medications that can be used to treat Covid-19 infection. The question is: Are these types of oral pills going to be important for myeloma patients?

My answer to that is most likely, yes. Because we know that myeloma patients do not have the full antibody response from vaccination. And so, some patients do remain at risk of getting infected and having problems if they develop a Covid-19 infection. And so, the availability of these potential new agents is going to be quite important.

And so, there are several. One is from the pharmaceutical company Merck. They have a new pill that has just been approved in the United Kingdom, trade name in the U.K. is Lagevrio®, and it’s a pill that you take twice a day for five days and it has a big impact on reducing the likelihood of getting sick or having to be hospitalized.

So, I think that this, as many people have said, could be a game-changer and this could be quite important for myeloma patients. There is a second similar type of anti-viral pill being developed by the Pfizer company. There will be data on that submitted to the FDA relatively soon.

Now, this antidepressant does have some side effects, but mostly, patients were able to complete the course of treatment. It’s cheap. It’s already approved and on the market. So, this could be a potential additional new resource for myeloma patients.

Already, we do have some antivirals available. We also have monoclonal antibody treatment available. It can be important to reduce complications, especially if used early on.

The BOTTOM LINE, in this case, is that yes, these active treatments against the virus will be especially important for patients with active myeloma needing therapy where the antibody response to vaccination may be less than we would like. So, stay tuned in the coming months. These therapies will be moving forward in the regulation process, and you’ll be hearing more about them. But an important development for sure.

COVID-19 FAQ #33: Which COVID-19 vaccine should myeloma patients get?

From Vaccine to Variants: The Latest COVID-19 Safety Guidance