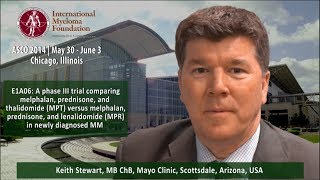 Conclusions: This phase III trial compares the efficacy of MPT and MPR in elderly patients with newly diagnosed MM. Response rates, PFS and OS were similar between the two arms; however, there was significantly better QOL at 12m and lower toxicity with MPR. Clinical trial information: NCT00602641.

Dr. A. Keith Stewart is Dean for Research, and Vasek and Anna Maria Polak Professor of Cancer Research in the Department of Internal Medicine at the Mayo Clinic in Arizona. Dr. Stewart graduated from Aberdeen University, School of Medicine in Aberdeen, Scotland. He specializes in hematology/oncology and transplant surgery. Visit Dr. A. Keith Stewart’s full biography. 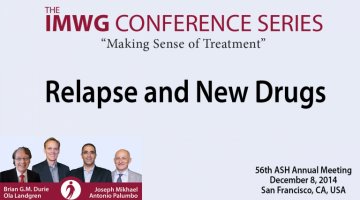