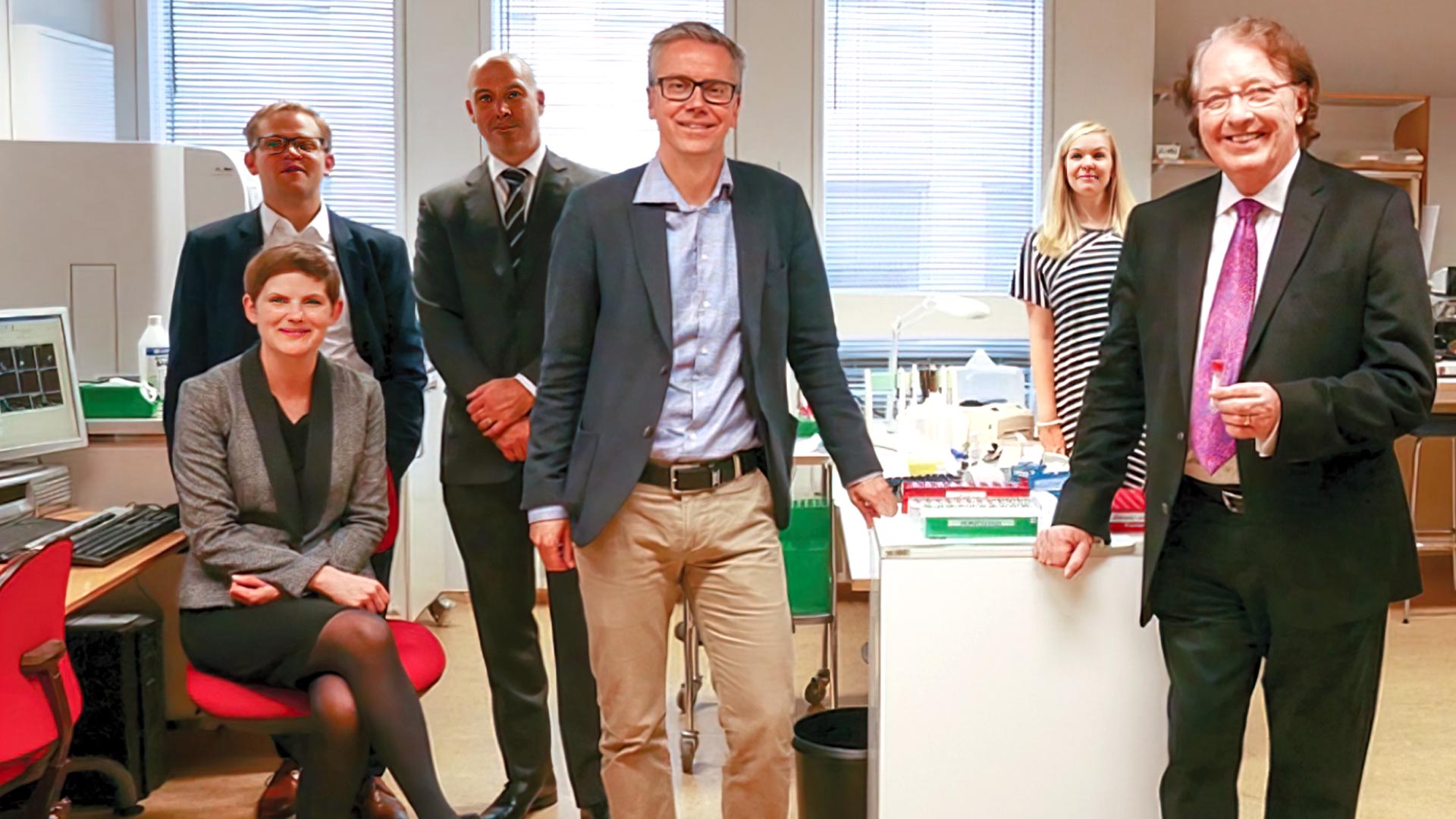 With 80,000 Participants, the Largest Study of Its Kind Is the First to Evaluate the Benefits of Screening for a Precursor to the Blood Cancer Multiple Myeloma

Los Angeles, California, May 19, 2021—The International Myeloma Foundation (IMF) said today that research published this week in Blood Cancer Journal could lead to a paradigm shift in myeloma therapy towards screening for the precursor for the disease and treating early.

The IMF-funded iStopMM study (Iceland Screens, Treats, or Prevents Multiple Myeloma) is the largest study of its kind, with a record-setting 80,759 participants.

A cancer of the bone marrow plasma cells, multiple myeloma is always preceded by a condition called MGUS, in which an abnormal protein appears in the blood. Doctors do not currently screen asymptomatic individuals for this blood cancer precursor. The iStopMM study examines the potential benefits versus the potential harms of screening for MGUS.

The study’s leader, Dr. Sigurdur Kristinsson of the University of Iceland, compared screening for precancerous myeloma to screening currently done for precancerous cervical cancer and breast cancer. “Understanding the epidemiologic, genetic, and immunologic factors that go along with an increased risk of myeloma’s progression could open the door to early intervention efforts in high-risk patients and possible preventive strategies,” he said. “This would improve overall survival and quality of life for patients worldwide.”

The iStopMM team formally launched its ambitious effort in Iceland to enlist at least 70,000 individuals over the age of 40 in November 2016. The country’s size, its citizens’ service-oriented mindset, the endorsements of national leaders and a splashy social media campaign amplified the call for volunteers.

In just over two years, more than 80,000 Icelanders—54.3% of the eligible population—had consented to have their blood screened, making it the largest single-country screening study requiring informed consent, said Dr. Kristinsson. This comes at a time when participation rates in similar studies are trending downward.

“Typical participation rates in population screening studies are approximately 20%,” said Brian G.M. Durie, MD, part of the iStopMM team and chairman of the International Myeloma Foundation, which is supporting the study through its Black Swan Research Initiative to cure myeloma.

Iceland is no stranger to large-scale population studies. The country’s health authorities teamed with deCode Genetics, the Reykjavík company collaborating with the iStopMM study on genetic studies, to screen more than half of Iceland’s 368,000 residents for COVID-19 infection last year.

Screening the study’s extensive samples for MGUS was done by Binding Site laboratories in the U.K. “From the receipt of the first sample in late 2016, we have returned over 600,000 data points,” said Dr. Stephen Harding, chief scientific officer. Following their analysis by Freelite testing, electrophoresis and total immunoglobulin assays, the samples are now being re-analyzed by mass spectrometry assay. “We are excited about the data we will return and the findings of the study in the future.”

“The iStopMM study’s extensive biobanking is enabling genetic and immune testing,” said Dr. Durie. “Longer-term follow-up will not only yield groundbreaking data about the biology of early disease and the value of early diagnosis, but also shed light on the optimal interventions to achieve both prevention and a cure.”

About the International Myeloma Foundation

Founded in 1990, the International Myeloma Foundation (IMF) is the first and largest foundation focusing specifically on multiple myeloma. The Foundation's reach extends to more than 525,000 members in 140 countries worldwide. The IMF is dedicated to improving the quality of life of myeloma patients while working toward prevention and a cure by focusing on four key areas: research, education, support, and advocacy. The IMF has conducted more than 250 educational seminars worldwide, maintains a world-renowned InfoLine, and in 2001, established the International Myeloma Working Group (IMWG), a collaborative research initiative focused on improving myeloma treatment options for patients. In 2012, the IMF launched the Black Swan Research Initiative®, a groundbreaking research project aimed at curing myeloma. The IMF can be reached at (800) 452-CURE (2873). The global website is www.myeloma.org. Follow the IMF on Twitter @IMFmyeloma.