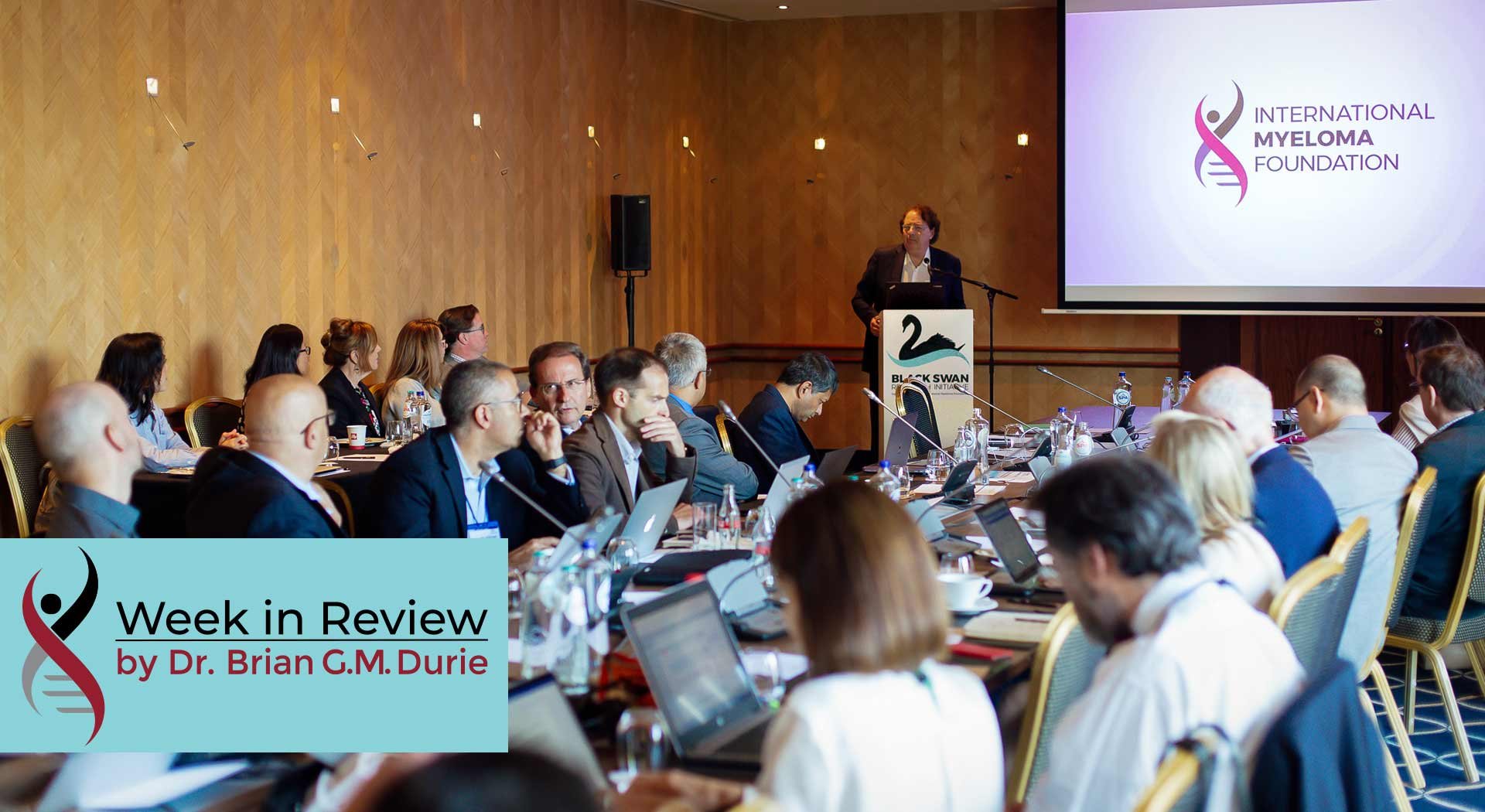 The result of a brainstorming meeting held in Amsterdam in 2012, the IMF Black Swan Research Initiative (BSRI) has made enormous progress. A Global Technology Platform involving seven major myeloma research teams is pursuing diverse routes to identify and achieve both prevention and a cure for myeloma. With close to 50 publications in prestigious journals, the scientific strength of the Black Swan project is being solidly established.

The mission of the IMF is “Improving the quality of life for myeloma patients while working towards prevention and a cure.” It is tremendous that the BSRI has allowed the IMF to move forward so emphatically in the areas of both prevention and the search for a cure.

iStopMM: a signature program focused on both prevention and cure

In November 2016, the Iceland-based iStopMM project was launched in Reykjavík. Dr. Sanjay Gupta spotlighted the study in a segment broadcast on CNN. A recent video provides a status update. The project’s ambitious screening process to identify new patients with MGUS (monoclonal gammopathy of undetermined significance), smoldering multiple myeloma (SMM), and multiple myeloma (MM) has been successful beyond all expectations, with over 80,000 individuals screened and tested to date. Now, in 2020, the hard work begins as we work to understand as much as possible about each patient group.

As a first step, it was important to determine the survival of patients diagnosed with MGUS. Rather surprisingly, the survival appears to be lower than a matched population, even prior to the development of multiple myeloma. This will now become the focus of detailed research, which is clearly warranted. This finding provides strong support for the value and need for early screening, with the potential for both early intervention and prevention strategies

MRD-related projects and the search for a cure

The primary focus for the IMF’s BSRI is to achieve a cure. The first step has been to establish sensitive testing at low levels of disease—minimal residual disease (MRD) testing—to allow accurate tracking of successful therapy.

Results with the very sensitive, cheap, and reliable next-generation flow (NGF) method, developed by a team from the University of Salamanca, Spain, were published in 2017. This has allowed accurate monitoring of deep responses, particularly in the BSRI-supported CESAR and ASCENT “cure trials.” In the CESAR trial, high-risk SMM patients received KRd + ASCT. The results, presented at the Annual Meeting of the American Society of Hematology (ASH) in December 2019, have been excellent. At approximately 3 years, 98% of patients are alive and 94% are in remission, with 62% of patients MRD-negative at the 10-to-minus-6 (1 in 1 million) level. The initial goal is to assess “sustained MRD-negativity” –will MRD-negativity be sustained at 1, 3, and 5 years.

In 2020, during the fourth year of this trial, we will have a strong read-out of the likely long remissions being achieved. Historically, we know that after 4 to 5 years of remission (especially at the 10-to-minus-6 level), truly prolonged remissions beyond 10 years are highly likely. There is a great sense of optimism among researchers about these longer-term results.

The accrual in the ASCENT trial is ongoing now, so it will be a bit longer until we can ascertain the added value of daratumumab with the KRd +/- ASCT in achieving more deep and longer responses. Again, early results are very promising.

Recent MRD research has focused on using NGF testing in the blood (versus in the bone marrow) for monitoring. Early results have already been published showing the value of serial blood monitoring. There is an expectation that blood NGF-testing combined with the very sensitive mass spectrometry testing will be a powerful and sensitive approach that could enable less frequent bone marrow testing.  Again, new data will be emerging in 2020 validating this approach.

For patients not achieving MRD-negative status, multiple projects are focused on carefully characterizing the residual and/or relapsing disease. A group of BSRI-supported researchers led by Dr. Andrew Spencer in Australia has been evaluating DNA in the blood: so-called cell free or cfDNA. A remarkable range of mutations have been observed and can serve as a basis of potential new treatment strategies to achieve best outcomes for those patients with residual disease.

Clearly, a huge amount of progress has been made by the terrific researchers participating in the IMF Black Swan Research Initiative. And 2020 promises to be a banner year, when many new and important results will become available. Stay tuned! 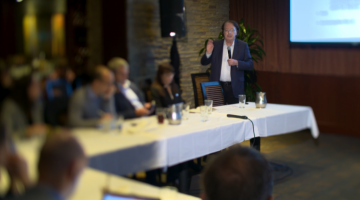 Thinking Outside of the Box to Conquer Multiple Myeloma: the Black Swan Research Initiative Moves Ever Closer to a Cure