There Is Good in the World

There is so much going on right now all around the world. Yes, COVID did a lot to push us all right over the cliff. Freefall was never my idea of a good time, yet here we are. Surprisingly, I think we’re doing fairly well despite the chaos we’re dealing with every day. It’s sort of a push-pull. Should I watch the news? Should I read the newspapers? Or should I just stuff them in the bin? Through the decades, there has always been something horribly tragic going on. And we would sit in front of the TV watching it happen, often while we ate our dinner. I wonder, how did we get to be so complacent? How can we watch the wars, the disasters, and the struggling unemployed; and yet, keep going?

I fear many of us have become used to this. It’s the norm now, and we question: “Do we get involved or not?” I’m one of them…I ask myself what should I do? And then another day goes by, and I still haven’t done it, or at least done something. I, too, am guilty of being complacent.

I think of my parents who are no longer alive. I remember them telling my sisters and me that we must get involved. We cannot just pretend that we can’t change the world…that it’s too big and too hard. It’s my belief that we cannot just pull the blankets over our heads. We have to, we must—now more than ever— become involved and stay involved.

We see so many people out of work, sleeping on the sidewalks, begging for money, for food, a decent place to sleep, to bathe, to feel human again. I am reminded of my parents, who always found a way to provide food for the hungry.

Every Christmas, my mother, sisters, and I would walk through our rural neighborhood in Connecticut. My mother told us which families had been hit hard. She would tell us how they didn’t have food for Christmas or presents for the children. Then, my sisters and I would go to each of these homes, knock on their doors, and give them presents and food. I would feel awkward, but then I’d see the smiles on their faces and the tears streaming down their cheeks. Because they really needed it. So that they could have something for their kids to wake up with excitement and joy. For their children to believe that there was a Santa Claus, and that he did come to their house to give them gifts and fill them with joy and wonder.

So, as we get closer to the end of the year, take a little time to give whatever you can, and know that somewhere there is a little girl or boy jumping up and down, knowing that Santa Claus is real. 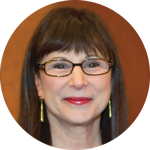 Susie Durie founded the IMF in 1990 with her late husband, Brian Novis, to advance myeloma research and to develop and implement patient and physician educational programs in myeloma. In 1992, she was elected Executive Director of the IMF and today holds the title of President. Under her direction, the IMF has experienced impressive growth, and the programs that she has developed have become models for other organizations worldwide. She is also a recipient of a joint honorary doctorate for scientific excellence from Vrije Universiteit Brussel (VUB).

COVID-19 UPDATE: Knowledge Is Power, But Compassion Is Lacking