What Myeloma Patients Should Put in Their Grocery Baskets in 2018

Food is very much in the news this week. Friend and colleague Prof. Heinz Ludwig (International Myeloma Working Group and IMF Board of Directors member), called my attention to two food news reports: a review linking a higher fish intake to a lower risk of cancer, and a meta-analysis of five studies showing a consistent connection between higher fish consumption and a lower likelihood of myeloma. The latter analysis captured data from North America, Europe, and Asia demonstrating a similar trend, which lends credibility to the findings.

At the same time, the latest issue of Time magazine came across my desk with extended articles on “How to Live Longer Better.” It included a snapshot of the so-called “blue zones” (areas in the world where people are likely to live to be 100 years or more), which I have discussed several times in the past.

And then, two more articles appeared—one showing that modest alcohol intake in the form of beer or wine (two glasses a day) can be helpful, and a New York Times article indicating that avoiding processed foods is very important.

So, based on all this food news, what should myeloma patients put in their food baskets in 2018—and why?

Wild-caught fish (not on the protected list) are a must. Studies show that the consumption of omega-3 fatty acids, vitamin D3, and fish oils decrease interleukin-6 (IL-6) levels, which trigger myeloma growth. As part of the iStopMM project, funded by the Black Swan Research Initiative (BSRI), the diet in Iceland has been studied, and, as I have noted, sticking with the traditional high-fish diet is associated with a lower risk of progression from MGUS or SMM to active MM.

All this fits in very nicely with information from the blue zones, which are Ikaria (a Greek island), Sardinia (an Italian island), Costa Rica (a peninsula area in Central America), Okinawa (Japanese fishing villages), and Loma Linda (a Southern California haven for Seventh-day Adventists, for whom fish is on the menu, not meat). Residents largely follow a Mediterranean diet, in which locally caught fish is a key component.

Other common characteristics of blue zones are plant-based diets, daily exercise, and familial closeness. In Sardinia, they are also fortunate to have an M26 genetic marker linked to extreme longevity, which I’m sure helps. And in Ikaria, there is a fierce sense of island pride, plus a lack of clocks—which removes a major stressor. Drinking local red wine and enjoying a tradition of “pangeas,” or evening parties, which extend into the late night or early morning, are emblematic of the relaxed life style. Having owned the family home for generations is also a plus.

What about beer and wine versus exercise? A study presented by Dr. Claudia Kawas, a neurologist from the University of California (called “90+”) showed that 1,700 individuals between 90 and 99 years of age were 20 percent more likely to have consumed two glasses of beer or wine daily. Interestingly, although there was a positive impact of regular exercise, just 11 percent of those studied were more likely to have exercised regularly. This finding is certainly a bit unusual in that many other studies have identified the value of exercise, and regular exercise is a central part of life in the blue zones.

The 90+ study team has evaluated several risk factors in the past showing benefits from regular, moderate coffee-drinking, and they have noted the fact that individuals who are overweight in their 70s live longer than normal or underweight people. But, as of now, this is observation without immediate explanation. Thus, although a large number of individuals were evaluated by the 90+ team, several details need to be sorted out before drawing definite conclusions.

No processed foods in the basket!

In contrast, a rather comprehensive study from the Stanford Prevention Research Center shows that diet quality not quantity is what helps people lose and manage their weight most easily. This study included over 600 people in the San Francisco Bay Area who were overweight (body-mass index 28 to 40), but not diabetic. All participants were instructed to: 1) maximize vegetable intake; 2) minimize intake of added sugars, refined flours, and trans fat; 3) focus on whole foods that were minimally processed.

Participants were instructed to avoid specific foods, such as white bread and bagels, as well as sugary snacks and beverages. The study was funded by an $8-million grant from the Nutrition Science Initiative (NIH). Recommended items for the food basket based on this study include:

As I have written in the past, these can be classified as “real foods.”  Eating a diet of these real foods resulted in a weight loss ranging from 11.7 to 13 pounds. In addition, there was improvement in blood sugar and blood pressure levels. A key point of the study was that the number of calories was not the target, although by the end of the Stanford study, participants were “satisfied” by consuming fewer calories. This is the first large study to show clear benefit from focusing on eating real foods.

Bottom line for the food basket

In medical research, it is significant when results from many different types of studies all support the same conclusion. Clearly, the recipe for staying healthy is to eat real food and follow a Mediterranean-style diet, including fish, plenty of fresh vegetables, and fruits. Coffee and a little beer or wine is okay. Engaging in regular exercise, avoiding stress, and enjoying life as much as possible are all recommended, although the latter has become more challenging to achieve in recent times. But at least you can control what is in your food basket!

If enjoyment is a primary goal, how about some cookies or ice cream or your favorite treat in the basket from time to time? Moderation and balance are key. In Ikaria, for example, they have wonderful cookies. So, everyone must achieve their own balance.

The aforementioned Prof. Heinz Ludwig has written a new book, Richtig leben, länger leben (thus far, only in German), which maintains that “the five ingredients of a healthy lifestyle are: love, humor, thinking, physical exercise, and a healthy diet.” When it is available in English, I will update. 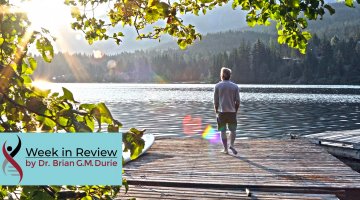 Don’t freak out: start the new year healthy and positive 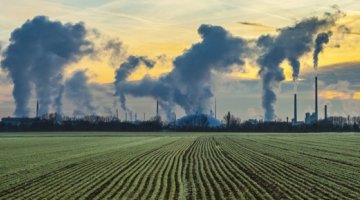