The Truth About Toxins: New Studies Point to Increased Risk of MGUS in Firefighters Exposed to 9/11 Carcinogens

A new study shows that New York City firefighters who responded to the Sept. 11, 2001 World Trade Center terrorist attack are twice as likely to develop the myeloma precursor state MGUS (monoclonal gammopathy of undetermined significance). Many cancer-causing chemicals (carcinogens) were in the air, generated by collapsed skyscrapers, including PCBs (polychlorinated biphenyls), PAHs (polycyclic aromatic hydrocarbons), dioxins, asbestos, diesel smoke, and others. It is therefore not surprising to find an increased risk of cancer among those exposed.

Documenting the increased occurrence of MGUS and myeloma required a careful analysis of myeloma in the firefighters (in 16 cases), as well as an analysis of serum samples from 781 firefighters (over the age of 50) at risk of developing MGUS. Among the myeloma patients, unexpected and unusual features included: young age at onset (median age 57 years—12 years below average); CD20-positive myeloma cells; a poorer prognosis subset in 71 percent of patients (versus 20 percent expected); light-chain-type myeloma in 50 percent of white male firefighters (versus 20 percent expected). Of further interest, the occurrence of light-chain-type MGUS was increased two-fold versus matched Minnesota firefighters, who obviously were not exposed to 9/11-generated toxins.

All in all, the data indicated—as have prior studies—that 9/11 exposures are definite risk factors for the development of both the precursor MGUS and myeloma, with a trend toward younger age of onset, light-chain type, and poorer-risk disease. The articles, published in the Journal of the American Medical Association, also note that levels of other cancers, lung diseases, and other medical issues are also occurring at increased rates among those exposed.

What does it take to show a causal link?

This new study adds to the list of linkages between toxic exposures and the increased occurrence of the precursor states MGUS and SMM (smoldering multiple myeloma) and myeloma among exposed individuals. As I have noted in a previous blog, appropriate medical coverage (for care) and regulatory protections from exposures are typically lacking in the U.S. In striking contrast to these U.S. lapses is a recent action taken in Europe to “completely ban” outdoor use of pesticides (neonicotinoid insecticides) blamed for devastating the bee population. The European Union approved the plan based on scientific advice from the EU-funded European Food Safety Authority. As it turns out , not only do we need bees as pollinators in agriculture, they may also help to save us from our current massive accumulation of non-degraded toxic plastic materials by enabling us to replace plastic wrap with Bee’s Wrap.

No such ban on bee-killing pesticides is likely in the U.S., where decision-makers frequently disregard scientific advice. The lack of fact-based decision-making is illustrated by recent news articles. As quoted in The New Yorker, scientists say that the administration’s “dismissal of scientific evidence” has been “particularly egregious” in the case of climate change. And in The New York Times, former CIA and NSA director Michael Hayden notes the “erosion of Enlightenment values“ in our current “post-truth” world.

Importance of prevention and treatment

At the global level, we are faced with questions about what it might take to reverse climate change versus dealing with the consequences, which, unfortunately, is the current situation. Examples of the unintended consequences—both good and bad—currently in the news include:

Our environment and our bodies exist in a delicate balance of biochemical reactions that must be protected from dramatic shifts.

Avoiding trouble is much better than trying to mop up later. If, through the iStopMM® project in Iceland and the newly launched Stand Up to Cancer study, we can understand why and how both MGUS and myeloma are occurring, we have the potential for prevention. The cost differential of treating myeloma versus preventing it is staggeringly in favor of prevention. As the Wall St. Journal noted in its article “The Million-Dollar Cancer Treatment: Who Will Pay?,” we are already maxing out on the ability of the healthcare system to absorb these massive costs.

There is a lot to think about as we face an environment that is rapidly changing in every way.

Dr. Durie sincerely appreciates and reads all comments left here. However, he cannot answer specific medical questions and encourages readers to contact the trained IMF InfoLine staff instead. Specific medical questions posted here will be forwarded to the IMF InfoLine. Questions sent to the InfoLine are answered with input from Dr. Durie and/or other scientific advisors and IMWG members as appropriate, but will not be posted here. To contact the IMF InfoLine, call 800-452-CURE, toll-free in the US and Canada, or send an email to [email protected]. InfoLine hours are 9 am to 4 pm PT. Thank you. 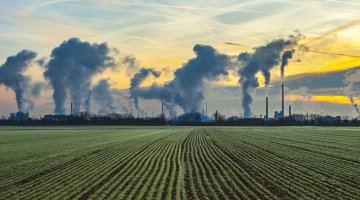 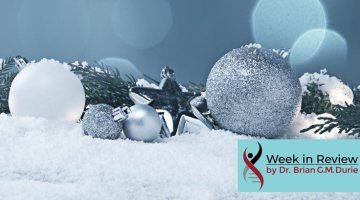 Celebrating the holidays and the 30th anniversary of the IMF