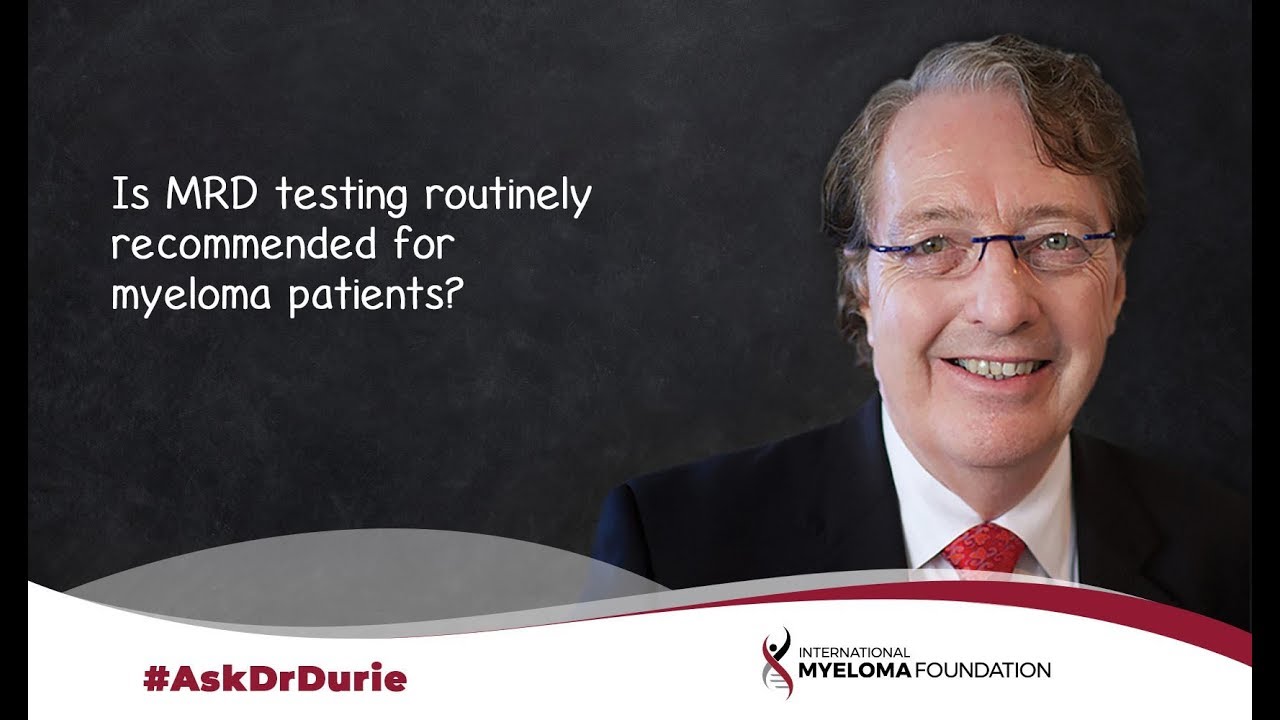 This week’s “Ask Dr. Durie” comes from a gentleman who wants to know, “Is MRD testing routinely recommended?” So, this is another good question and the simple answer to that is, “No, we are still not at the point where we recommend routine testing for MRD, which is minimal residual disease.

It’s helpful to think about, “What are the values of doing MRD testing?” And so, there are four types of reasons to consider testing the minimal residual disease in the bone marrow, to check the bone marrow to see how much myeloma is left, MRD testing. The first one is just to indicate prognosis. And so obviously if you have MRD-negative, if there’s been a very deep response, and there doesn’t seem to be any myeloma left in the bone marrow, this is obviously good news. And so this is good prognosis.

However, if you have a complete remission or a stringent complete remission and you’ve been in remission for a while, we already know that you’re doing well. And so, the MRD information just adds a little bit extra security and possibly is not essential in that setting.

And so, this is something that is currently being reviewed by the I2TEAMM, which is an “Independent International Group,” collecting together all of the trials to submit them to the FDA for review and hopefully have approval of MRD-negative as an endpoint, but this has not been achieved yet and we will have further follow up on this later in this year, 2019.

The third category of MRD testing is to make decisions. You do the MRD test, and if it’s positive, some myeloma left, or negative, no current myeloma, you try to make treatment decisions. Well, the truth is that we need more trials about this. We really don’t know if you’re MRD-negative, can we safely stop the treatment? And if you’re MRD-positive, should we change the treatment? We don’t clearly know the answers to those questions. And so, I don’t recommend making these decisions right now until we have more follow up information.

The fourth use of MRD testing is as an endpoint within what we call “Cure Trials.” As we develop as part of a Black Swan process, protocols which are designed to achieve the deepest responses possible, and possibly to achieve a cure for myeloma, we definitely need MRD testing to track how deep the response is and if we’re getting towards this really amazing endpoint of long remissions and possible cure.

So, MRD testing is essential as part of “Cure Trials,” of which we have two currently, the CESAR Trial, using KRd and transplant from Spain and the ASCENT trial, the U.S. trial, using KRd plus daratumumab, which is just accruing patients right now. So very, very important in that setting.

So, the bottom line is MRD is very important. It can be tested using a molecular method or an immune flow method, so NGS or NGF. However, this is still not routinely recommended, it’s still not a standardized test. And so, for the time being I think that without careful discussion, it’s not something to immediately recommend to a patient.

However, if an individual patient wants to have this done, talk carefully with your doctor so that you understand and have the same expectations of what you’ll be able to do once you have that information, if it’s negative or positive, for the MRD test. So, very exciting, still in development. A year or two from now maybe it will be a routine test that we can comfortably recommend. 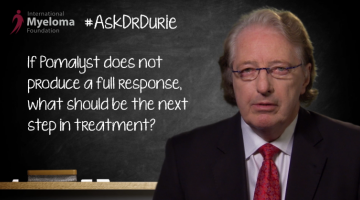 #AskDrDurie: Is there a test available for measuring Minimal Residual Disease (MRD)? 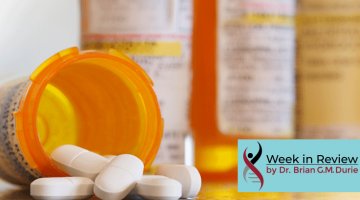 The promise and challenges of "Personalized Medicine" for myeloma

Read more
Previous Post
Why is 17p deletion (17p-) considered to be a poor prognostic factor for myeloma patients?
Next Post
A Celebration of Science & Knowledge