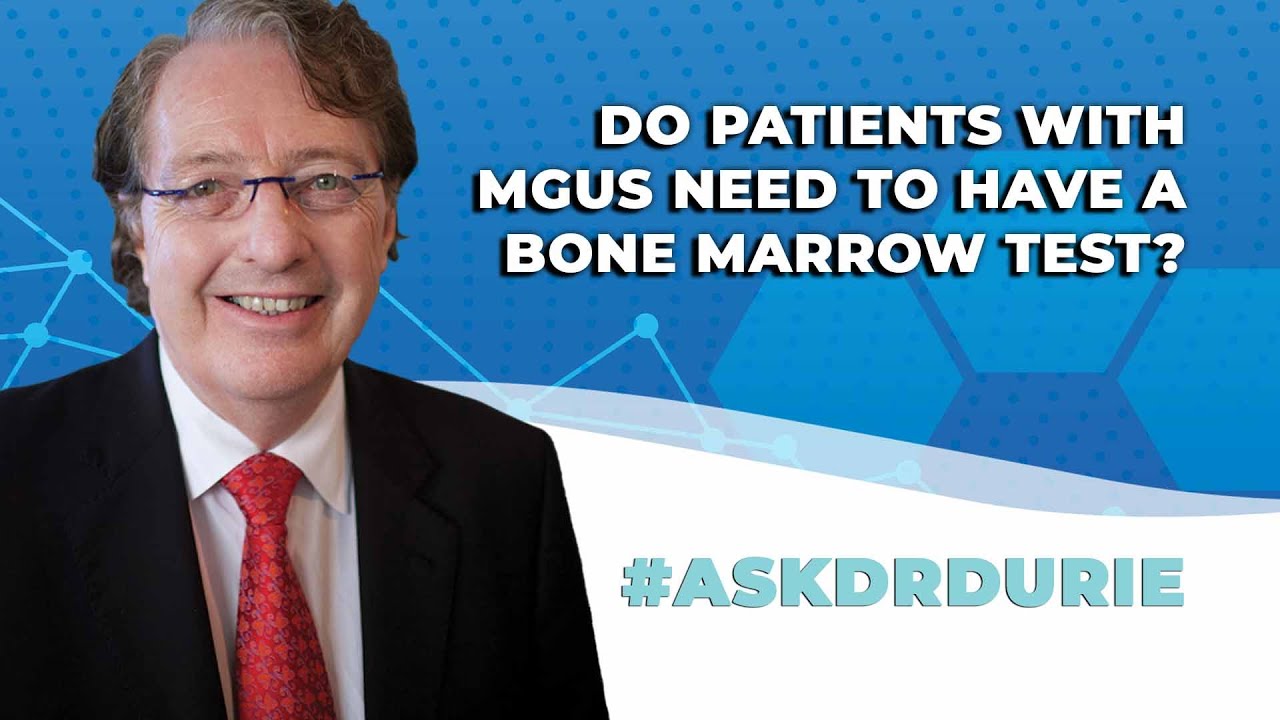 Do patients with MGUS need to have a bone marrow test?

The BOTTOM LINE: Using the iStopMM model, bone marrow sampling may be safely deferred. However, other studies will be needed for validation.

This week's "Ask Dr. Durie" comes from a patient with MGUS, monoclonal gammopathy of undetermined significance. And the question is: is a bone marrow test required?

This is a very timely question. Because at the recent ASH meeting—the American Society of Hematology meeting held in New Orleans in December—results from the Icelandic iStopMM study were presented.

Within this study, over a thousand patients were evaluated who had MGUS to see what the value and benefit was of having the bone marrow test. The team from the iStopMM group at the University of Iceland evaluated the role of looking at four different factors.

And using those four factors, they were able to predict if the bone marrow percentage would be in the MGUS range or if there was a concern that a higher level of bone marrow plasma cells might be found.

In other words, a diagnosis like smoldering myeloma or even active myeloma could be missed. So, this was an important evaluation.

And it turned out that using these four tests, one could accurately predict the patients where it's safe to not rush in and do a bone marrow and to continue to monitor those patients for the time being.

And so, the BOTTOM LINE is that using these four factors which can be made available in a computer app, it should be possible to tell patients if there's an immediate need to do that bone marrow test or whether possibly it could be safely delayed for the time being. So, quite promising results in the role and the use of bone marrow testing for patients with MGUS.