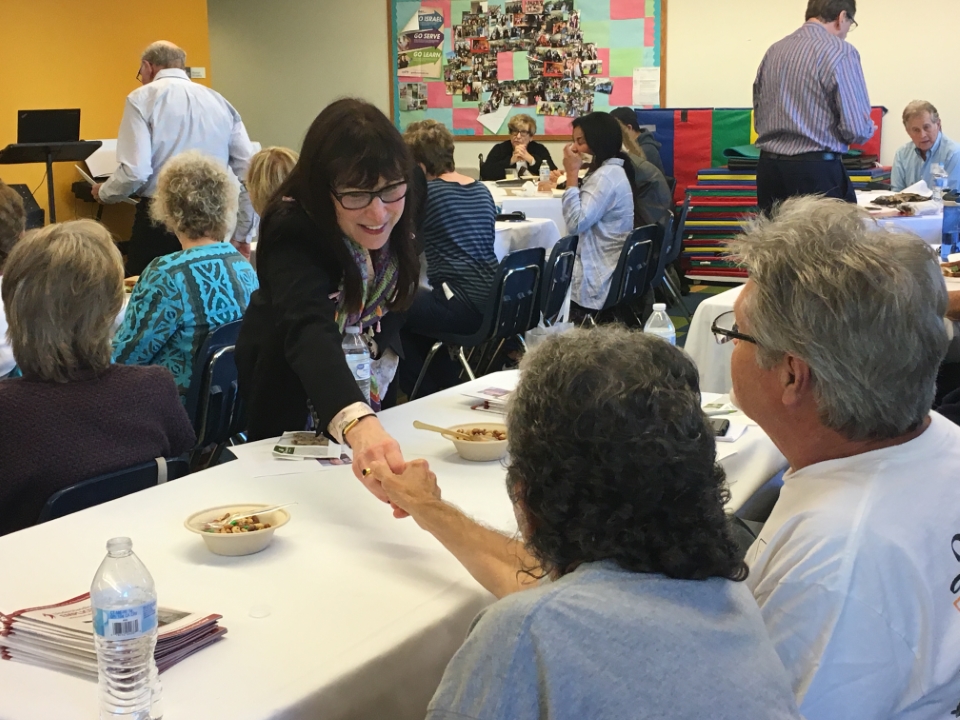 Along with her late husband Brian Novis, Susie founded the IMF as a means to advance myeloma research and to foster patient and physician educational programs in myeloma. Under her direction, the IMF has continued to experience impressive growth, and the programs that she has developed have become models for other organizations worldwide.

When Susie Durie attended a large medical conference in London, she stood in the auditorium and watched healthcare professionals meet with myeloma experts. Susie thought, “Where are the patients? Why are they not meeting with these experts?” Through this experience, the idea for IMF’s Patient & Family Seminars was born.

In 1994, she held the first ever Patient & Family Seminar in Los Angeles, and shortly thereafter, the IMF began holding seminars across the U.S. In 1997, Susie expanded seminar program to the UK. Today, patient seminars are held around the world.

As a patient advocate, Susie has testified before the United States Congress on behalf of greater resources for multiple myeloma research. Recently, in April 2019, the Vrije Universiteit Brussel (VUB) awarded a joint honorary doctorate for scientific excellence to Susie Durie, IMF President and Co-founder, and Brian G.M. Durie, MD, IMF Chairman, at a ceremony in Brussels, Belgium.

Susie’s vision for the IMF and hope for the future of myeloma patients remains unwavering. In her words:

“I am proud to say that 30 years after its founding, the IMF stands at the forefront of myeloma research, and patients are always at the heart of all our work. It used to be that a cure for myeloma was a dream somewhere far, far in the distance. But as I look forward now, I can see it. And I hope you can too!”