This past weekend (October 13-15), the International Myeloma Foundation convened the first Asian Myeloma Network (AMN) Summit in Seoul, Korea. The seven countries/regions that make up the AMN – China, Hong Kong, Taiwan, Japan, Korea, Singapore, and Thailand – have worked collaboratively under the auspices of the IMF since 2011. With its structure modeled on the annual International Myeloma Working Group (IMWG) Summit, the Seoul meeting addressed a broad range of issues, examining the status in Asia of myeloma diagnosis, research, and treatment, as well as the next steps in implementing data-gathering and clinical trials in the region.  AMN members are clearly excited to be able to measure up to top US and European research groups, such as SWOG, ECOG, IFM, EMN, and the like. Expansion of myeloma research anywhere in the world has the potential to benefit myeloma patients everywhere.

Initially, the Asian experts were rather nervous and were uncertain they could replicate the accomplishments of the IMWG Summits. But their fears were unfounded. The AMN Summit was a huge success. Ably supported by our Korean hosts, including Prof. Jae-Hoon Lee and Prof. Je-Jung Lee, each component of the packed program created wonderful and productive interactions and discussions.

Presentations on the status of myeloma diagnosis and treatment in each country opened the meeting. Subsequent segments focused on current disease management, important ideas, and suggestions for education, data-gathering projects, new research, and clinical trials.

A recurring theme in Seoul was the substantially delayed access to novel agents among all Asian patients. Since 60 percent of the world’s population lives in the Asia Pacific region, the lack of access to needed novel agents because of cost can be considered a humanitarian crisis. The highest levels of access are in Singapore, Japan, and Korea. But even in those countries, long (multiyear) delays follow FDA approvals in the US. The key problem is the cost. For example, in Korea, the government pays just 50 percent or less of the price proposed by drug manufacturers. This leads to lengthy negotiations and substantial delays — although approvals have ultimately occurred.

Contrast this with Thailand, where no negotiations occur and NO novel agents are available for a majority of the myeloma population. A small number of government employees (and their families) can get treatments, but costs are prohibitive for everyone else. It was extremely distressing to see the negative impact this has on outcomes —survival is less than what it was in Western countries 20 or 30 years ago.

In China, outcomes are improving largely because they have access to Velcade — even for frontline therapy. This means that VTd (bortezomib-thalidomide-dexamethasone) + ASCT (autologous stem cell transplant) can be used as a first approach in China. The problems emerge in China from first relapse onward, where few newer options are currently routinely available or affordable.

Dr. Daryl Tan, Director of Research at Raffles Hospital in Singapore, gave an excellent lecture using one of his patients with high-risk myeloma (he has a deletion of the part of chromosome 17 where an important tumor suppressor should be, also known as 17p-) as an example. “Joe,” a pseudonym, can afford the best treatment recommendations. Dr. Tan contrasted Joe with the average patient, whose treatment is limited by access, costs, and the need to stick to strict guideline data showing survival benefit. Thus, Joe received the full range of testing and was treated with KRd (carfilzomib-lenalidomide-dexamethasone), Mayo Clinic’s mSMART guideline recommendation, while the average patient was treated with VTd.

Discussions emerged about access to FISH testing (fluorescent in-situ hybridization), a means of identifying 17p-, and the staple test for diagnosing high-risk disease. Unfortunately, FISH is not fully available across Asia, and many centers use standard cytogenetics, an older and more limited test, the costs of which are covered. Thus, criteria based on cytogenetics (such as hypodiploidy, fewer than the normal two copies of each chromosome that should appear after cell division) are often used instead of the more detailed FISH results.

Deficiencies in the availability of imaging are even more widespread. PET/CT is rarely available. The use of MRI is feasible for one or two scans, maybe. Whole-body low-dose CT, although inexpensive, is largely not available. AMN Summit participants noted a tendency in Asia for late diagnosis, especially in China, which may lead to increased occurrence of late-evolving myeloma clones with17p-. Increased frequency of IgD myeloma (a more aggressive subtype of the disease) is also a feature of myeloma in China.

Asia Pacific versus the US

Clearly, the treatment landscape in the Asia-Pacific region is very different from that in the US. However, I would note that the impact of increasing costs is leveling the playing field. Costs and access are increasingly limiting care here. In contrast, in Japan, although there are delays, patients end up having access to what is best and most needed. Several Asian experts pointed out that the availability of high-cost care in the US has NOT led to improved outcomes as compared to the EU, for example, where costs are more contained.

Workgroups and plans for the future 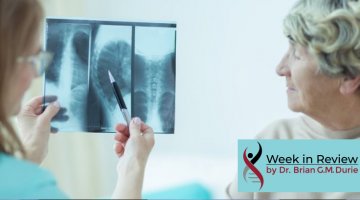 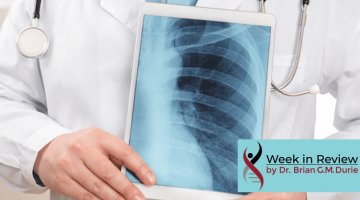