Founded in 1990, the International Myeloma Foundation (IMF) is the first and largest global organization focusing specifically on multiple myeloma. The IMF’s reach extends to more than 525,000 members in 140 countries worldwide. The IMF is dedicated to improving the quality of life of myeloma patients while working toward prevention and a cure through our four founding principles: Research, Education, Support, and Advocacy. The IMF has conducted more than 250 educational seminars worldwide, maintains a world-renowned InfoLine, and in 2001, established the International Myeloma Working Group (IMWG), a collaborative research initiative focused on improving myeloma treatment options for patients. In 2012, the IMF launched the Black Swan Research Initiative®, a groundbreaking research project aimed at curing myeloma.

The IMF at a Glance

What Is Multiple Myeloma?

Multiple myeloma is a cancer of the bone marrow plasma cells, white blood cells that make antibodies. A cancerous or malignant plasma cell is called a myeloma cell. Myeloma is called “multiple” because there are frequently multiple areas in bone where it grows. It can appear as both a tumor and/or an area of bone loss, and it affects the places where bone marrow is active in an adult: the hollow area within the bones of the spine, skull, pelvis, rib cage, and the areas around the shoulders and hips.

The IMF is dedicated to improving the lives of myeloma patients while working toward prevention and a cure. Learn more about Our Mission.

30 years of the IMF: A Brief History 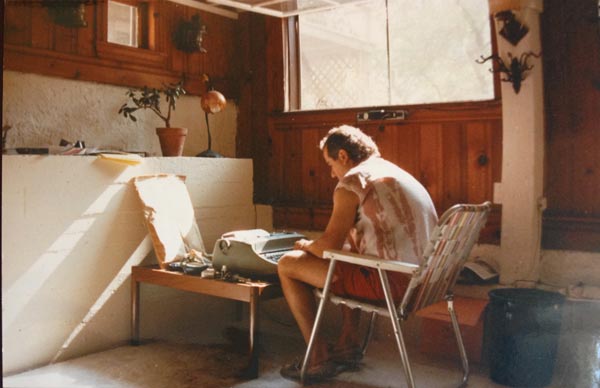 The International Myeloma Foundation was founded in 1990 by Brian D. Novis (, who was diagnosed with multiple myeloma in 1989 at age 33) his wife Susie Novis, and his physician Brian G.M. Durie, MD.

The IMF started in a garage with humble beginnings. Working only with a borrowed typewriter while sitting on a lawn chair, former executive headhunter Brian Novis had  high hopes. By 1991, the disease had taken an enormous physical toll on Brian — extensive bone damage forced him to work from his bed at home.

Brian Novis  passed away in July of 1992, but his dream  continues to live on. As Susie recalls, “In my mind, he gave his life for this Foundation. And there was no way I was going to let it fall apart.”

Each day since then, the IMF has pushed ahead — with compassion, innovation, and urgency— to improve the lives of patients and, ultimately, to find a cure for this disease. As Brian Novis once said, “One person can make a difference, but two can make a miracle.”

The 1990s saw the birth of what would become the IMF’s hallmark programs.,  As a young organization, the IMF dove in with incomparable energy and compassion to host its first international clinical conference, followed by the first-ever Patient & Family Seminar, a successful fundraising gala, and the first Support Group Leader Summit. The foundation also had its maiden foray into national cancer patient politics, “The March” in Washington, DC.

The IMF’s growth  continued apace the following decade. Susie testified before the U.S. Senate  and advocated for increased cancer research funding; the IMF inaugurated the annual Robert A. Kyle Lifetime Achievement Award; seminars and workshops were held in Japan, China, and Russia; and Myeloma Awareness Month was declared.

The year 2010 kicked off with the first International Working Group Summit in Spain, followed by the creation of the Asian Myeloma Network in 2011. In 2012, the IMF launched its signature research project, the Black Swan Research Initiative ®, as well as the Myeloma Master Class for young physicians from China.

From 2010-2019, the IMF made even more “firsts,” — especially in patient education. The first livestream broadcast from hematology medical meetings was held, the first episode of the weekly video feature “Ask Dr. Durie was aired, and the first weekly digital newsletter focused on multiple myeloma was born.

With three decades of scientific achievement and multiple myeloma patient care at the heart of it all, the IMF celebrated its 30th anniversary.  What started in a humble garage as a three-person operation has now expanded into the largest international organization focused specifically on multiple myeloma, with nearly 50 employees across 3 continents. In 2021, the IMF appointed 26-year multiple myeloma survivor and longtime patient advocate Yelak Biru as the CEO.

“I am confident [that] Yelak will put his talent and experience as a patient advocate to good use in leading the organization,” said Susie Durie, who has led the organization for 31 years and will assume the title of Founder and Director of Global Patient Initiatives.

The IMF's reach extends to more than 525,000 members in 140 countries worldwide. With over 40 clinical trials funded by the IMF's Black Swan Research Initiative ®, the IMF continues to move e forward toward a cure for multiple myeloma.

Led by an international consortium of myeloma experts, the Black Swan Research Initiative® is bridging the gap from long-term remission to cure by sharing collective data and tracking myeloma through multiple, simultaneous drug trials and therapies to determine which work best.

The International Myeloma Working Group is a research network of over 270 multiple myeloma experts from over 40 countries, which collaborates to develop key criteria for diagnosis and response followed by clinicians around the world.

The Nurse Leadership Board is a group of nurses from leading myeloma treatment centers who develop recommendations for the nursing care of myeloma patients.

Patient & Family Seminars and Regional Community Workshops are held around the world to provide  up-to-date and direct information from leading myeloma specialists and researchers  to myeloma patients and their families. The IMF Resource Library — with more than 100 free publications available in more than 20 languages for patients, caregivers, and healthcare professionals— is updated annually.

Staffed by dedicated coordinators, the IMF’s toll-free InfoLine at 800-452-CURE (2873)   provides vital support and information via phone and email to thousands of families each year. The IMF also educationally supports a network of more than 150 support groups and offers training for hundreds of dedicated patients, caregivers, and nurses who volunteer to lead  support groups in their communities.

The IMF’s Advocacy team educates and empowers thousands of individuals on critical issues that affect the myeloma community, both in the U.S. and across the globe. These IMF-trained advocates make a significant positive impact each year. 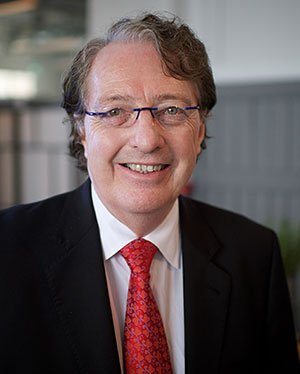 Chairman of the Board
Professor of Medicine
Hematologist/Oncologist 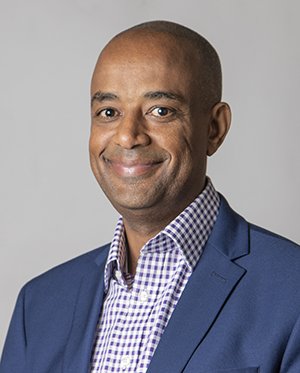 IMF Patient, President & CEO Yelak Biru drives the organization’s mission of improving the quality of life of myeloma patients while working toward prevention and a cure. He sees his role as a way “to pay it forward and carry the baton as far and as fast as possible so those who come after me, those who come after us, can go even further.”

Diagnosed with multiple myeloma at the young age of 25, Yelak has lived with the disease for more than two decades. His journey as a patient brought him to the IMF, first in support groups and then as a member of the organization’s Board of Directors.

With his leadership, the IMF has continued to conduct more than 50 ongoing research studies worldwide, to foster support and education for patients and caregivers, to advocate for equitable healthcare access, and to enhance alliances around the globe. His vision is “to find a cure for myeloma so no one dies from the disease by the year 2035.”

Yelak’s decades-long passion for improving the lives of myeloma patients combined with his 25 years of working in Fortune 50 corporations (PepsiCo and Walmart), expertise and deep know-how of technology and HR Analytics, as well as his unique understanding of people, team building, strategy, and operations make him the perfect fit to lead the International Myeloma Foundation—the 32-year-old organization always puts patients at the center of all its endeavors.

Yelak possesses domain expertise in People Analytics and cross-functional skills in supply chain, finance, marketing, and Data Analytics and Strategy development. He has a track record of leading large, diverse, and geographically disparate teams in a global, matrixed business–IT setting; championing data-driven agile product development; and leveraging user experience design principles. He is a change agent with the ability to influence senior stakeholders, to collaborate across lines of business, and to deliver strategic initiatives.

Yelak’s extraordinary set of life experiences—as a 27-year myeloma survivor; an IMF board member; a dedicated member of the National Cancer Institute’s Myeloma Committee, Eastern Cooperative Oncology Group, National Cancer Research Advocate organizations; a co-author of published research; a prolific speaker on patient care and myeloma research issues; and his collaborations with both for-profit and non-profit organizations—has afforded him a deeper understanding of the challenges, disappointments, and triumphs that myeloma patients and their care team face on a day to day.

Born in Ethiopia, Yelak completed his undergraduate and master's degrees in Computer Science from the University of North Texas. He and his wife, along with their two dachshunds, live in Los Angeles, California.

Understanding that the search for a cure for multiple myeloma demands constant innovation, the IMF has launched the Black Swan Research Initiative®, a unique project to develop the first definitive cure for myeloma. Led by a multinational consortium of leading myeloma experts, we are bridging the gap from long-term remission to cure.