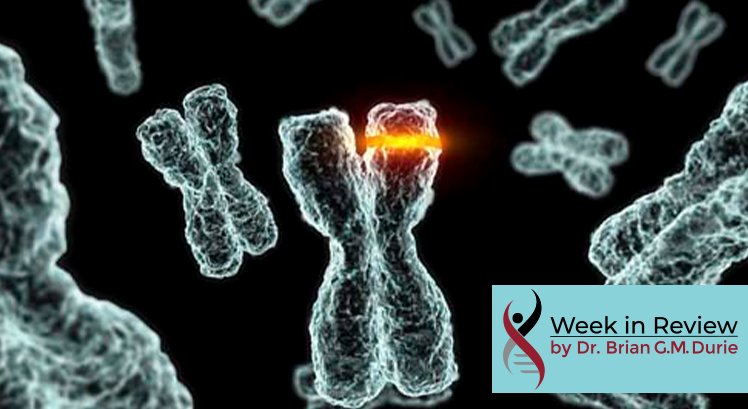 A new study published in Science magazine and reported in the New York Times this week shows that random mutations in normal tissues are more important than previously thought. The study, conducted by Johns Hopkins Medicine researchers Cristian Tomasetti and Bert Vogelstein, did not analyze myeloma but developed principles that apply broadly for all cancers. The key finding in this new study, explained in depth here, is that although family/hereditary factors and environmental exposures account for about 30% of the risk of developing cancer, the other 70% of the risk comes from errors in copying DNA, which is required when cells divide to produce new cells.

Copying errors occur in stem cells, the cells that give rise to each individual tissue, such as bone marrow, skin, or lung. In the case of skin and lung tissue, the researchers found that there is still a greater than 30% impact from traditionally known risk factors, such as UV light exposure and smoking. In the case of myeloma, the percentages and risks are not so clear.

According to myeloma data from the National Cancer Institute’s Surveillance, Epidemiology, and End Results (SEER) Program, both MGUS and myeloma are 2-3 times more common in African Americans (14.8/100,000 in men) versus other races (7.2/100,000 in Caucasian men; 4.3/100,000 in Asians and American Indian men). Myeloma is also much more common with increasing age: median age at diagnosis 69 years. In addition, several toxic exposures strongly increase the likelihood of developing both MGUS and myeloma. Also, some infectious agents, especially viruses have been linked to an increased likelihood of developing myeloma.

The additional factor to consider is the background number of plasma cell stem cells and the tendency for them to divide. Fortunately, although not studied exhaustively, we know that DNA copying errors tend to occur at a low level. Myeloma, in general, is a slowly growing tumor, and recruitment from the stem cell compartment occurs intermittently when the plasma cell response system is stressed. The regulation of such antibody responses is under tight immune control.

This aspect of immune regulation of plasma cells and myeloma cells is of increasing interest. Several new therapies such as daratumumab, the SAR compound, elotuzumab, and CAR-T cells are active against myeloma in part by enhancing the immune system against myeloma. In my recentblog about longevity on the island of Ikaria, I discuss the ways in which diet, as well as many lifestyle factors (such as mindfulness), can reduce stress and enhance the immune system, thus prolong longevity and reduce the risk of cancer.

So, what does this mean for myeloma? Do these random mutations trump previously known risk factors, such as heredity, race, and potentially dangerous toxic and/or infectious exposures? Since random errors in DNA copying occur over time, early diagnosis is key to prevent copy error mutations. This includes the notion that some mutations can be key or “driving” mutations that cause a switch from smoldering to active myeloma. There can thus be both mutations that accumulate in the damaged myeloma cells as well as driving mutations that should be avoided (or “prevented”) by early diagnosis. These driver mutations should become the basis for new genetically targeted therapies.

If this is starting to sound familiar, that is because it is the framework for the Black Swan Research Initiative®: diagnose early; monitor low levels of disease (MRD); study and target residual resistant clones. Only time will tell if the copy error random mutations are truly random, or if particular patterns emerge which allow the broader application of curative therapies.

New studies are always food for thought and trigger a search for new research and treatment opportunities.