My Search for a Cure 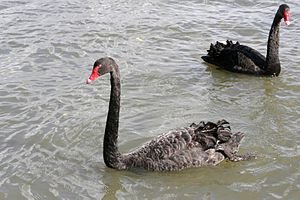 At this month's Patient & Family Seminar in Dallas, TX, I posed this question to the panel of myeloma experts: "What myeloma research would you conduct if you were given $100 million?" Faculty member Dr. Rafat Abonour, from Indiana University, responded to the hypothetical question with an absolute departure from what I expected to hear.

Since that moment, I have been contemplating what I would do with that kind of funding. While the International Myeloma Foundation's research program is focused on collaboration and results through translational research, our annual budget limits our ability to research every possibility that presents itself.

Recently, I was pondering the "Black Swan" approach to research, a term coined by philosopher and essayist Nassim Taleb. This theory dictates that one must be open to the "highly improbable" in order to make significant advances. Taleb explains that at one point, it was mistakenly believed that all swans were white. This idea did not change until somebody traveled to Australia and discovered black swans by accident.

But what if someone had predicted the possibility of black swans prior to coming face to face with one? What if the hypothesis that black swans could exist had not been summarily dismissed based on lack of evidence or relevant data? The result would have been the same - they exist; but, instead of happening upon the truth by accident, it might have been sought out and discovered earlier.

I believe that this approach applies to cancer research as well. Each week I read about new ideas in medical journals, on the web, or in newspapers that make me take pause and wonder "what if?"

What if these "out of the box" projects had enough funding to see them through? What if an idea without any scientific evidence or data to back it up, could actually lead to a cure? Would it be worth pursuing?

With that in mind, I have decided to begin sharing my thoughts on some of the projects I read about during the course of my week. Using my newly established twitter account (@BrianDurieMD) I will post links to interesting abstracts, articles, stories, and blogs about projects that I might fund with my hypothetical $100 million.

I invite you to follow me on twitter and revisit this blog as I continue searching for a cure. After all, who really knows what color the next swan will be?