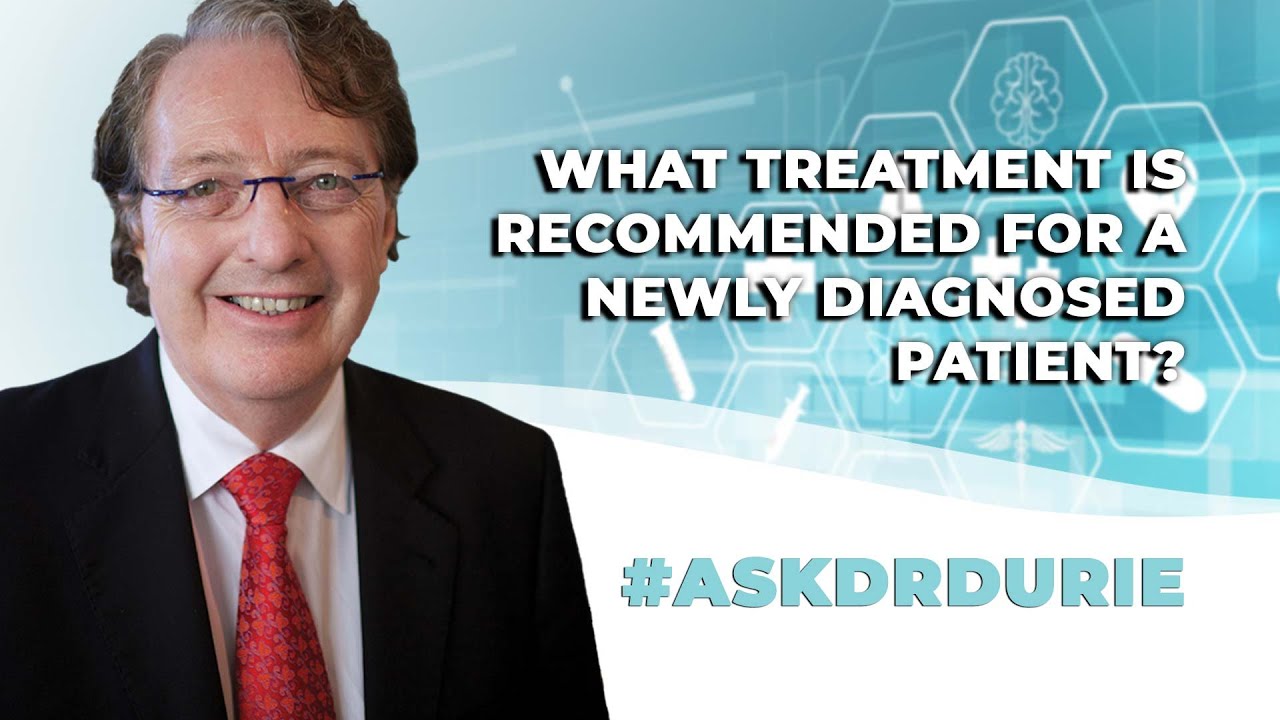 What treatment is recommended for a newly diagnosed patient?

The BOTTOM LINE: For a newly diagnosed patient, there are very simple options to be considered. Discuss your options carefully with your doctor.

This week's "Ask Dr. Durie" comes from a patient newly diagnosed and anxious to be sure if the correct selection has been made for that first choice of treatment. And so, the question is what treatment is recommended for a newly diagnosed patient?

In 2022, there are just a few straightforward choices to be made. If a patient is in the category where a transplant—autologous stem cell transplant—is an option and the patient is interested and willing to pursue that course, the standard therapy, the standard of care therapy, which is recommended, is the combination of Velcade, REVLIMID and dexamethasone, a triplet therapy VRd.

If the patient is living outside of the U.S. just to mention, sometimes the VRd is not available. Then the VTd or VCd can be used with thalidomide or Cytoxan—an alkylating agent substituting for Revlimid.

For a patient who is not eligible or not wanting to pursue a transplant. The primary recommendation is to use the triplet of daratumumab. Revlimid, and dex (D-Rd). This is a strong recommendation because of excellent results in terms of both responses, remission length, and survival.

So, a very clear option in this non-transplant setting. Outside of the U.S. where the daratumumab combination may not be available, other combinations incorporating the alkylating agents' melphalan and Cytoxan may be considered.

Now what is quite important just to be aware of, particularly in the United States, is that the four-drug combination in which daratumumab is added to VRd can also be considered an emerging option.

We still do not have full long-term comparative data to say that remission and survival are significantly improved. But this is a strong possibility as more data emerges. Again, outside of the United States, the combination of Daratumumab with Velcade, Thalidomide, and dex may be considered because strong data are available for that combination from the trial called the CASSIOPEIA trial.

And so BOTTOM LINE, there are some very simple options to be considered for initial therapy for a newly diagnosed patient, VRd in the transplant setting and Dara-VRd in the non-transplant setting. And so, please be aware of this and talk these over carefully with your doctor if those will be feasible in your case and if there would be some small changes or nuances that would be necessary to follow through with these treatments.

Safety and Efficacy of Daratumumab with Ixazomib and Dexamethasone in Patients with One Prior Lenalidomide-Based Regimen: The DARIA Study