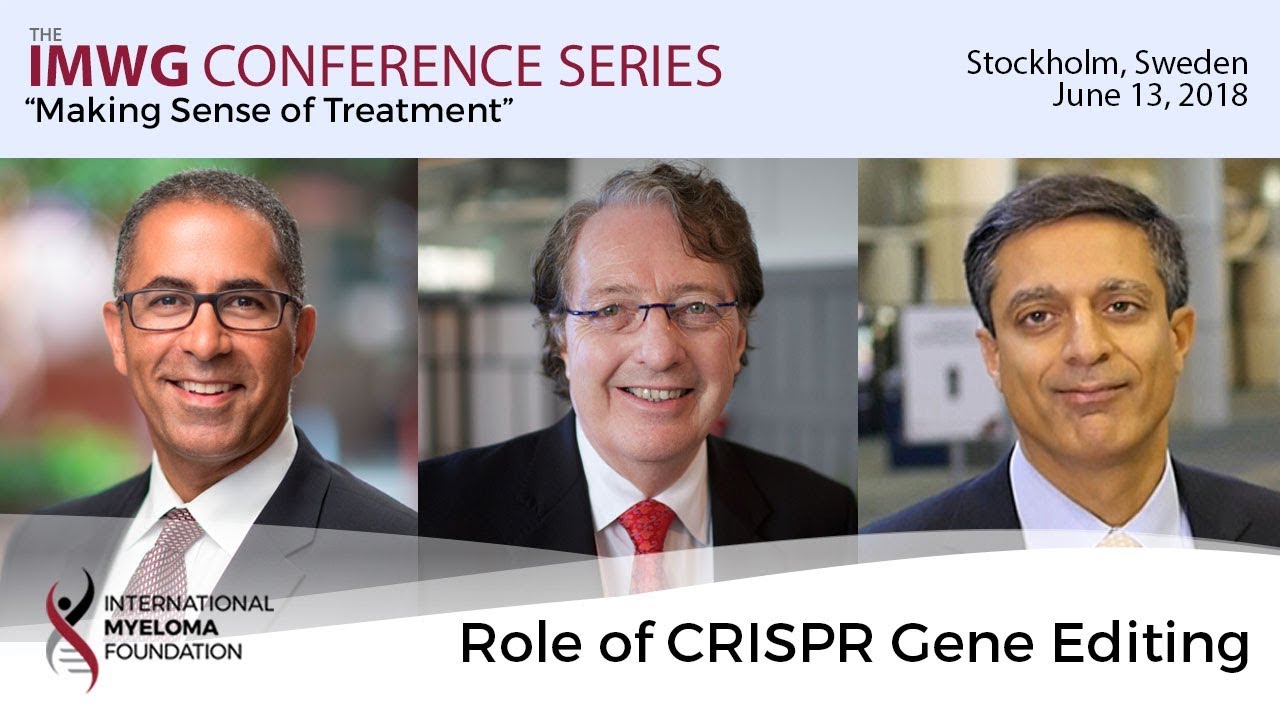 The Role of CRISPR Gene Editing

This video is the last in a six-part series that focuses on making sense of multiple myeloma treatment based upon the newly obtained input from three leading research conferences: the American Society of Clinical Oncology (ASCO) 2018 annual meeting, the International Myeloma Working Group (IMWG) 2018 Summit, and the European Hematology Association annual meeting, which all took place during the first two weeks of June 2018.

Dr. Brian G.M. Durie opens the discussion by thanking Arun Wiita, MD, PhD (University of California, San Francisco) for his presenting “CRISPR in Myeloma: More Than Just Knockouts,” at the IMWG Summit. Dr. Wiita, who works at a lab at UCSF where they have started using CRISPR gene-editing to knock-out unwanted genes, specifically in myeloma.

To move the discussion forward, Dr. Durie explains if gene-editing is to happen, it needs to be

Dr. Lonial comments that the CRISPR system has had a tremendous impact on the laboratory-side of myeloma care. For example, many laboratories use CRISPR to identify which genes are important for developing drug-resistance. The role that Dr. Wiita showed was how to use CRISPR in therapeutic targets. Dr. Lonial says it is too early to use in these settings. However, he hopes to see more modeling in the future to be able to knock-out or knock-in certain genes, whether in a CAR T-cell or to normalize a tumor cell’s function.

Dr. Mikhael points out that CRISPR may have a greater impact in diseases where the genetic pattern is more predictable or discovered than it is in multiple myeloma. Also, he thinks it may be too soon to apply to the therapeutic side of multiple myeloma.

We thank supporters of this program:
AMGEN Oncology, Celgene Corporation, and Takeda Oncology