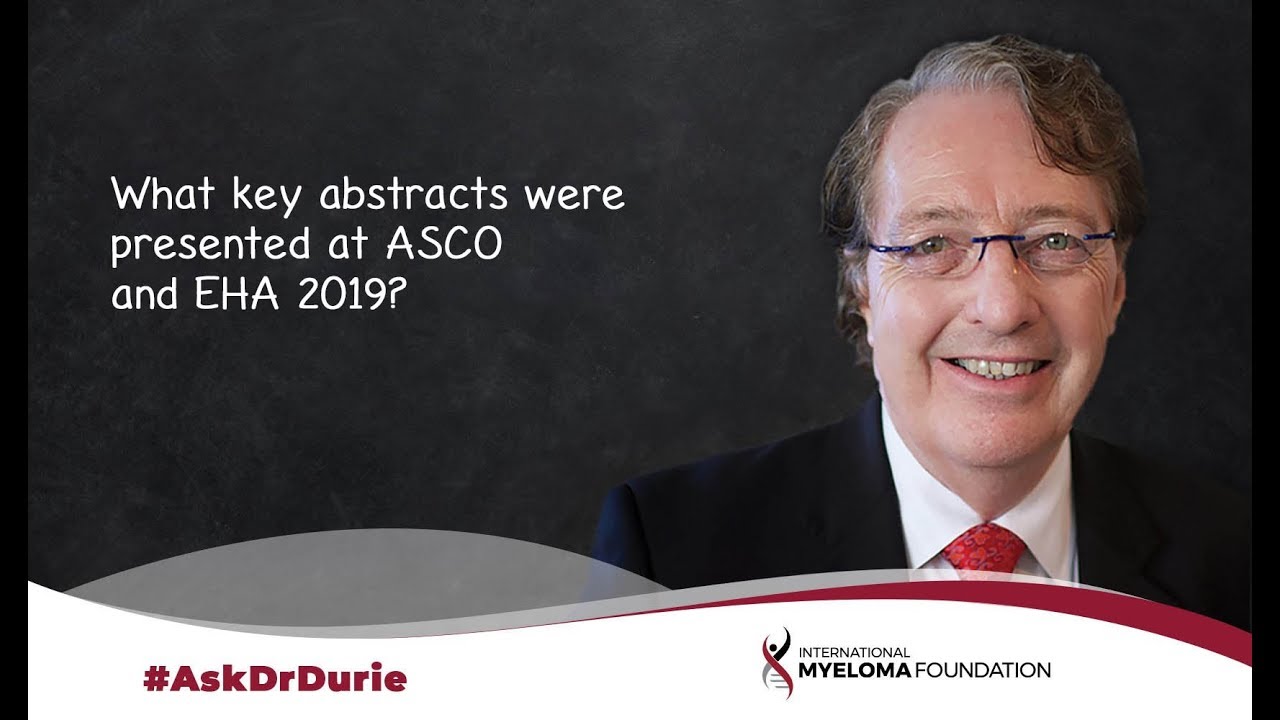 What key abstracts were presented at ASCO and EHA 2019?

This week’s Ask Dr. Durie comes from a patient who wants to know, “What were the key abstracts presented at ASCO and EHA in 2019?”

However, I would say there has been one abstract which has garnished the most commentary, and this is a report from the IFM—the French clinical trials group—where the results of a trial called the CASSIOPEIA trial are presented with the lead author, Dr. Philippe Moreau. This abstract was presented in oral fashion in ASCO, and in fact, is part of the presidential symposium at the EHA meeting in Amsterdam.

And so, the patients who achieved a complete remission with MRD-negative, where there was absence of the disease with careful testing of minimal residual disease. In the dara-VTd, this percentage was 33-some percent versus 19.9 percent in the patients receiving the VTd-alone.

And so it’s clear that this is going to be a new standard of care in Europe where VTd is used in preference to VRd, just because of availability. So we are definitely going to be seeing this as a regimen that will be important and used widely, particularly with the upcoming availability of daratumumab by the subcutaneous route.

And so as has been emphasized by a variety of reviewers, by seeing these data, this has been a very important study and gives us key new information to think about and discuss with patients in the frontline setting.

COVID-19 FAQ #7: Is it safe for myeloma patients to take walks?