Dr. Meletios Dimopoulos on three-drug combinations based on bortezomib and dexamethasone (ASH 2014)

Renal impairment (RI) is a frequent complication of multiple myeloma (MM) and is associated with significant morbidity and risk of early death. Patients with severe RI (eGFR <30 ml/min/1.73 m2) have worse outcome and are frequently excluded from clinical trials. Two or three drug combinations based on the bortezomib and dexamethasone (VD) backbone have been proposed by the IMWG as the treatment of choice for patients who present with RI. In order to evaluate if two or three drug combinations were more efficient in patients who present with severe RI, we studied 56 (28M/28F) consecutive, unselected, newly diagnosed MM patients with severe RI who were treated in our center (University of Athens, Greece). Assessment of the degree of RI was made with the MDRD formula. Severe RI was defined as an eGFR of <30 ml/min/1.73 m2. Renal complete response (CRrenal) was defined as a sustained increase of baseline eGFR to >60 ml/min/1.73 m2, renal partial response (PRrenal) as an increase of eGFR from <15 to 30-50 ml/min/1.73 m2and renal minor response (MRrenal) as a sustained improvement of baseline eGFR of <15 ml/min/1.73 m2 to 15-29 ml/min/1.73 m2 or if baseline eGFR was 15-29 ml/min/1.73 m2, improvement to 30-59 ml/min/1.73 m2.

An early death (within <2 months from treatment initiation) occurred in 6 (11%) patients (5 had received VD and only one VTD).  The median survival for all patients was 53 months, similar for patients who achieved a major renal response vs those who did not (p=0.413). Toxicities were similar to those seen in myeloma patients without renal failure who were treated with bortezomib-based regimens.

In conclusion, our data indicate that bortezomib–based regimens can improve renal function in the majority of patients with severe RI. Three drug combinations based on VD are associated with a higher probability of major renal response and with a shorter time to renal recovery and should be offered to all newly diagnosed patients with severe RI. The FLC level could be used as a predictive factor for renal response. 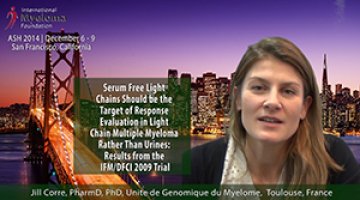 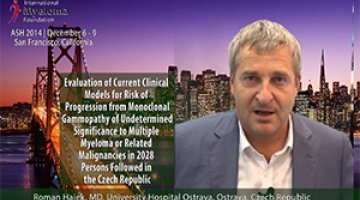