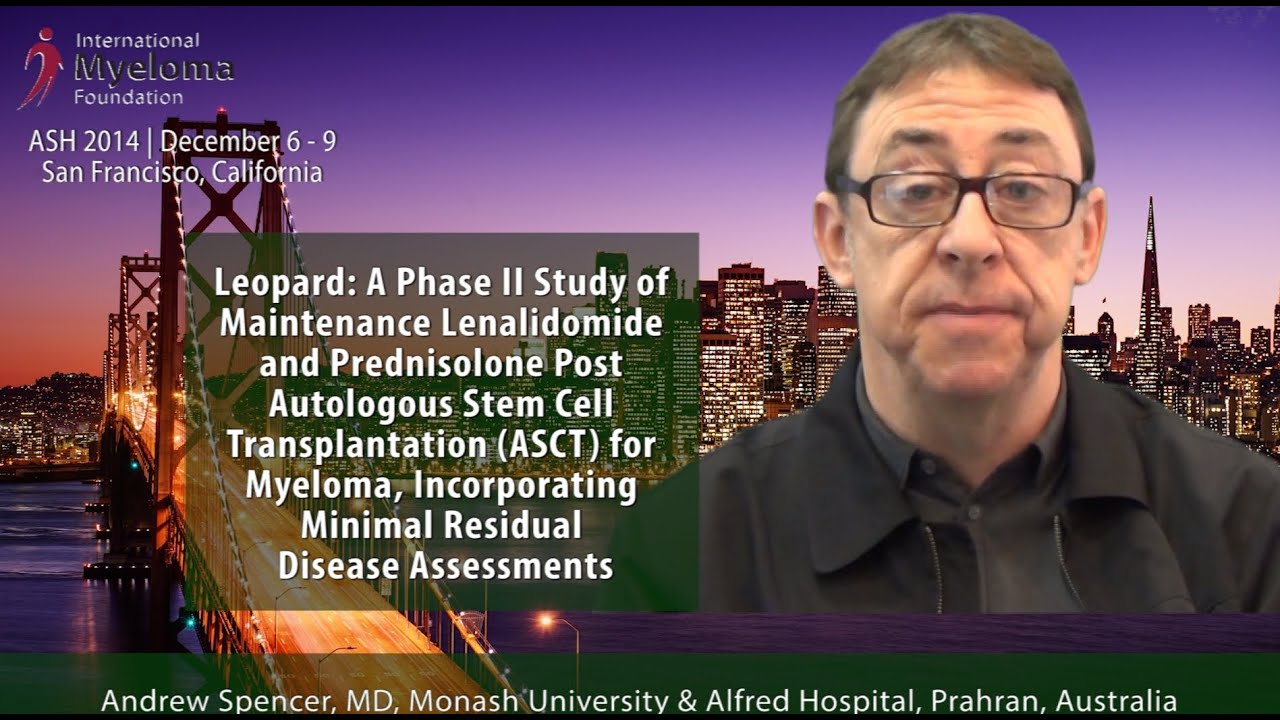 After a median 23 months (range 12-36) following initiation of RAP, 33 patients remain on therapy. One patient has been lost to follow-up.  Discontinuation was due to relapse/progressive disease (10), AEs (13), physician choice (2), poor compliance (1) and death (1). 15 patients have relapsed/progressed, 11 patients have died; 7 due to MM, 2 due to therapy related AML (tAML) and 2 other.

24 patients (40%) tolerated lenalidomide dosing as per protocol, 13 were not increased from 10mg/d to 15mg day, and 23 required dose modifications for AEs.

RAP maintenance improved depth of response post-ASCT (including conversion to deeper response categories > 14months), with high rates of CR/sCR (60%). Neither MFC or FLC demonstrated superiority over the other for prediction of outcome and correlation between the two was poor. Recapitulating earlier findings of an interim analysis, patients with +1q21 had inferior PFS/OS, suggesting that this group may benefit less from RAP maintenance. Only 21% of patients discontinued RAP due to toxicity, comparable to IFM 2005-02 and CALGB 100104 studies.

Professor Andrew Spencer is Head of the Malignant Haematology and Stem Cell Transplantation Service at The Alfred Hospital, Professor of Haematology at Monash University, Head of the Myeloma Research Group and Co-Director of the ACRF Blood Cancer Therapeutics Centre at the Australian Centre for Blood Diseases, in Melbourne, Australia. He was appointed Head of Malignant Hematology and Stem Cell Transplantation Services in 2007 and established a first-in-human and early phase hematology clinical research unit at the hospital in 2009. Prof Spencer has 185 peer-reviewed publications with citations over 12,600 and holds four international patents in multiple myeloma (MM) therapeutics. He serves on the scientific advisory boards of the IMF and the International Myeloma Working Group. He sits on the steering committee for the global MM registry initiative INSIGHT. Visit Dr. Andrew Spencer’s full biography.