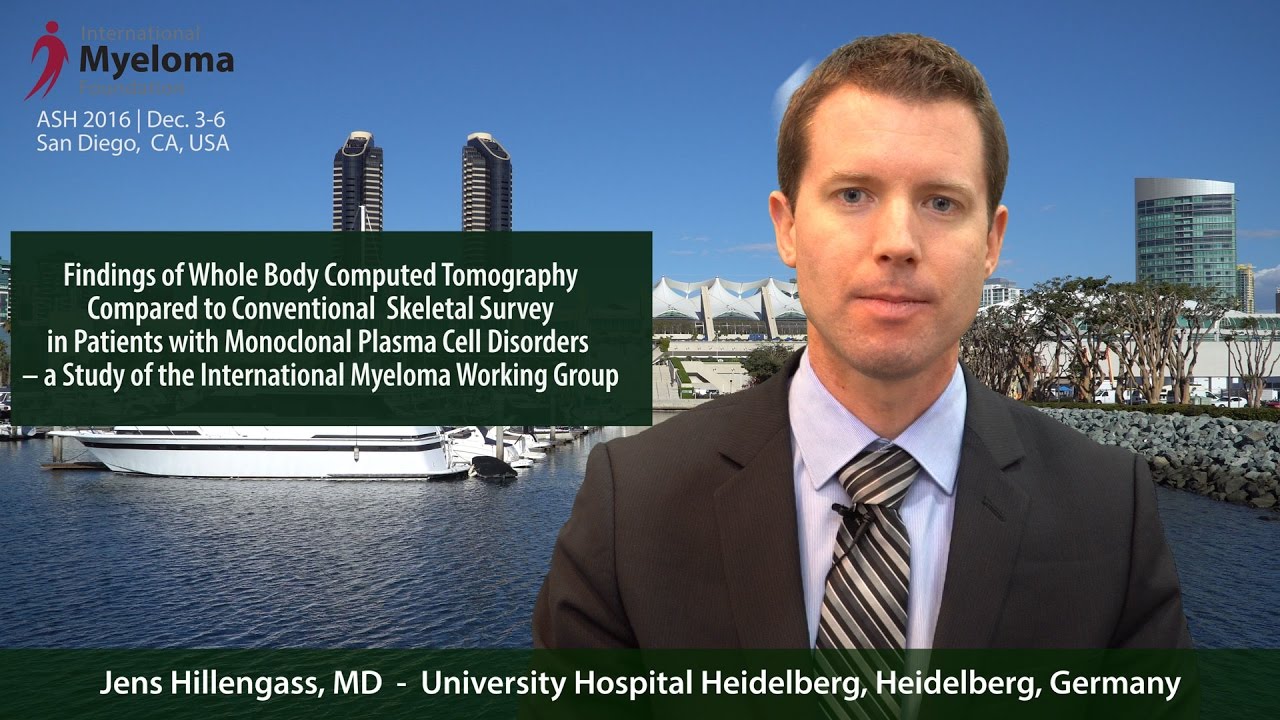 For decades conventional skeletal survey (CSS) has been the standard imaging technique for the detection of bone impairment caused by Multiple Myeloma (MM). The development of cross-sectional imaging techniques like Whole Body Computed Tomography (WBCT) with or without Positron Emission Tomography (PET/PET-CT) and magnetic resonance imaging (MRI) led to the use of these techniques in several centers worldwide and to the implementation of their findings into the revised diagnostic criteria of MM. The aim of the current multicenter study was to compare sensitivity and prognostic significance of WBCT and CSS in patients with monoclonal plasma disorders.

For the current retrospective analysis 308 patients with different stages of monoclonal plasma cell disorders from 8 centers were included. Compact discs with pseudonymized imaging data of WBCT and CSS were sent to the organizing center and uploaded to the picture archiving and communication system. In addition, questionnaires were completed by each center to collect clinical data of the patients. Image analysis was performed in consensus reading by three experienced radiologists (LAM, SD, VK) blinded to the clinical data of the patients. Osteolytic lesions in 19 pre-specified anatomic regions were characterized as “definitely present”, “probably present”, “probably absent” and “definitely absent”. For the analysis only “definitely present” and “probably present” entries were counted as myeloma lesions. To define symptomatic or active versus smoldering myeloma based on the presence of bone lesions, findings of CSS were used to simulate the situation before the introduction of WBCT. For comparison of WBCT and CSS only those anatomic regions having valid measurements from both methods performed within 30 days without treatment in the meantime were considered. WBCT and CSS were tested for differences in detection sensitivity with the exact McNemar test.

WBCT shows significantly more sites of bone destruction compared to conventional X-ray imaging particularly in skeletal regions composed primarily of trabecular bone while CSS shows more osteolyses in the appendicular skeleton – in part due to a limited field of view. More than 20% of patients with smoldering myeloma based on CSS have active disease that needs treatment based on WBCT. Therefore, WBCT is the current standard for the detection of osteolytic lesions in myeloma. The prognostic significance of WBCT and CSS findings for survival and correlation with clinical parameters will be reported at the meeting.

ASH 2016: A negative study is great news for patients