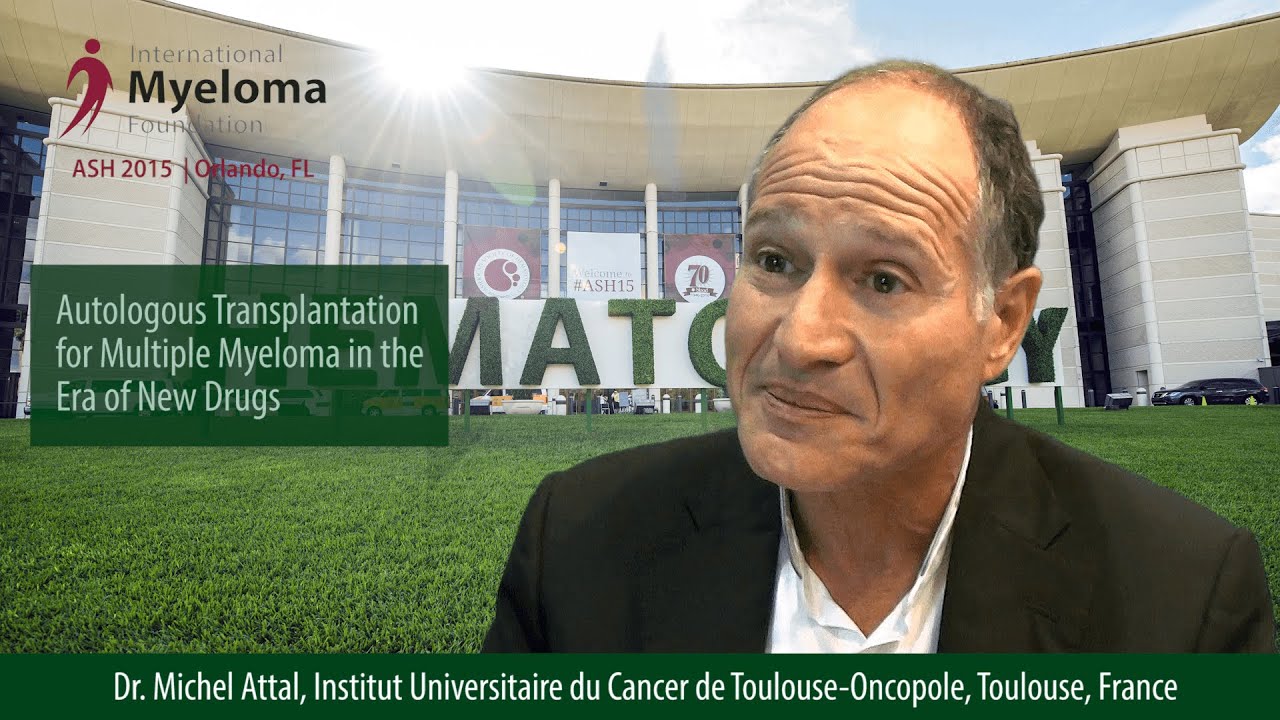 ASH 2015: Autologous Transplantation for Multiple Myeloma in the Era of New Drugs

High dose chemotherapy plus autologous transplantation (ASCT) is considered a standard of care for newly diagnosed myeloma patients younger than 65 years of age. The high complete response rate (CR) achieved with the triplet combination of immunomodulatory drugs + proteasome inhibitors + dexamethasone has led investigators to propose this strategy upfront without immediate ASCT. The aim of this study was to determine if, in the era of new drugs, ASCT was still required in the initial management of young patients.

We conducted a randomized trial comparing conventional dose treatment (RVD arm= 8 cycles of Lenalidomide, Bortezomib and Dexamethasone, plus stem cell mobilization after 3 cycles of RVD utilizing high dose cyclophosphamide and G-CSF) to RVD with ASCT (Transplant arm= 3 induction cycles of RVD, followed by stem cell collection, and then ASCT conditioned with Melphalan 200 mg/m2, followed by 2 cycles of RVD as consolidation). Maintenance treatment with Lenalidomide (10 to 15 mg/d) was used in both arms for one year. In the RVD arm, ASCT was planned at time of relapse.

From November 2010 to November 2012, 700 previously untreated French and Belgian patients were equally randomized between arms. Randomization was stratified according to ISS stage (I vs II vs III) and FISH analysis (standard vs high risk = del 17p or t(4;14) or t(14;16)). The primary study end point was progression-free survival (PFS). Two pre-specified interim analysis were to be performed at 33% and 69% of the estimated total number of events. The second interim analysis was performed in June 2015 (346 events= 197 in the RVD arm, 149 in the transplant arm). These results were submitted to an independent data management and safety committee, who recommended completing the trial, and continuing follow-up (without cross over before progression), since the difference in PFS between the 2 groups had reached the pre-specified level of significance for stopping the study.

As of June 8, 2015, median follow up was 39 months. All patients had discontinued treatment (completion of planned therapy= 66%, disease progression= 16%, adverse events= 10%). Patient characteristics of each group were similar and no significant differences were found with regard to age (median=58 years), ISS stage (I=233, II=341, III=126), Ig isotype, beta-2-microglobulin (median=3.5 mg/L), and cytogenetics (high risk=90 patients). In the transplant arm, 93% of patients underwent ASCT and 5 toxic deaths occurred during mobilization or in the actual transplant phase (1.4%). ASCT was found to improve PFS (stratified p value for log-rank test < 0.0002; HR= 1.5, 95% CI= 1.2-1.9). The 3-year post-randomization PFS rate was 61% in the transplant arm versus 48% in the RVD arm. The PFS benefit observed in the transplant arm was uniform across all the following subgroups: age (≤ or > 60 years), sex, Ig isotype (IgG or others), ISS stage (I or II or III), cytogenetics (standard or high risk), and response after the 3 first cycles of RVD (complete response or not). The 3-year post randomization rate of overall survival was extremely high (88%) and similar between the 2 study groups (stratified p value for log rank test=0.25). The complete response rate was significantly higher in the transplant arm compared to the RVD arm: 58% versus 46%, respectively (p<0.01). Forty-one second primary malignancies among 39 patients were recorded (Transplant arm=23, RVD arm=18).

In conclusion, these results demonstrate that ASCT should remain a standard of care for young patients with de novo myeloma, and suggest that RVD plus ASCT could be a future reference strategy in this setting. Further follow-up is needed, as the number of deaths is still low in both arms. The parallel U.S. trial, which uses a similar design but importantly administers maintenance lenalidomide continuously until progression in both arms, is ongoing. 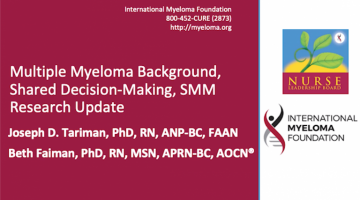 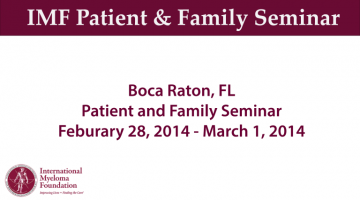