We didn’t do anything special. I made a bunch of work calls, returned emails, even took a nap. Dad paid some bills, opening up a little to me about the state of his finances, which he never did. He had his Social Security, a small pension and the money that he worked hard to save in 47 years as a union butcher for the A&P. Looking through an old tin box, I came across his Army discharge papers and discovered he’d been awarded three bronze stars — something else he’d never bothered to mention. Then he sat in his chair, hooked up to the oxygen he didn’t wear as much as he should, occasionally dozing off between reruns of “M*A*S*H” and “Bonanza.”

I took him to the doctor, where he got (for him) a pretty clean bill of health, and we went to the grocery store. I bought wine and some half-and-half for my coffee. He bought scratch-off lottery tickets — one for him and one to bring home to my mother. On the way home, in a half-sentence conversation that only a father and a son could have, he confirmed that yes, he did want to be cremated someday, and yes, that veterans’ cemetery where they buried Uncle Bob seemed like a nice spot. 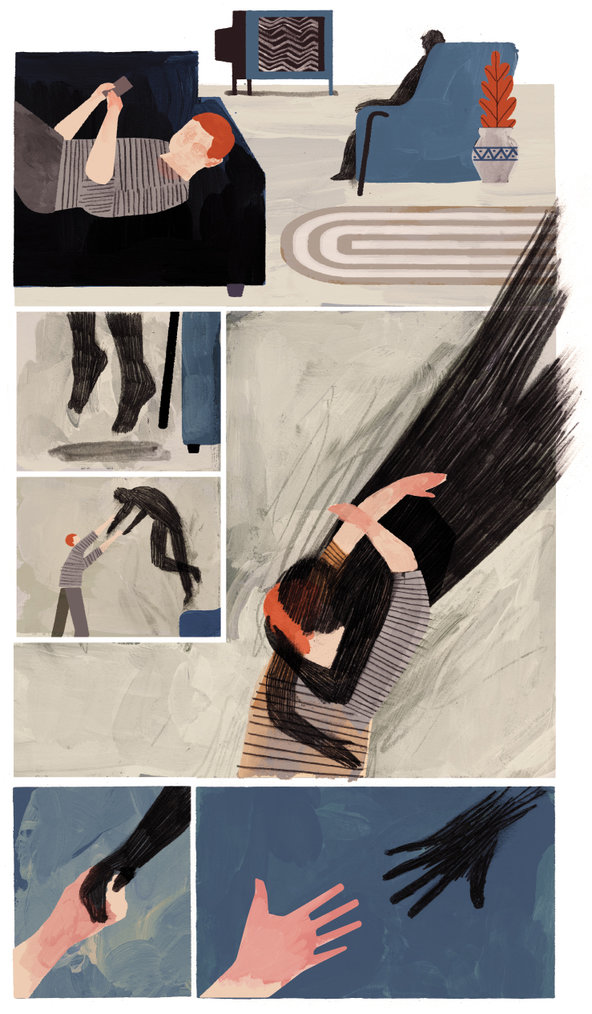 In the afternoon, we sat together and I showed him pictures on my computer of his granddaughter Ellie’s first day in kindergarten. For some reason, we looked up on Google Maps places where he had lived and talked about how much they had changed and whether he remembered them looking the way they do now.

Before the three of us went out to dinner we watched Fox News, while outside an early evening Florida thunderstorm was underway. We waited most of it out, but we still got a little wet getting into the car.

On our way to dinner, we argued about where to eat — the Greek place, the place where we get the soup, no, no, the Italian.

I don’t really remember what we talked about at the restaurant — my work, family, kids. But then, there was no reason to remember this particular conversation. Dad and I shared a bottle of wine. With my mother, he shared a birthday portion of tiramisù but only after the waiters embarrassed her with a round of “Happy Birthday.” We even toasted — “to our health.” He tried paying the bill but I insisted, promising he could buy breakfast the next morning.

He was quiet on the drive home but that wasn’t unusual. He was always a quiet guy — Gary Cooper, not John Wayne. As we pulled into the driveway he felt stiff, so I helped him get out of the car and walk inside the house.

Once inside, I called my wife, Nina. She was telling me about Ellie’s first day in school when I heard my mother scream my name. It took only four steps to reach the bathroom where I found my dad frozen, barely standing. “C’mon, Dad, let me help you to the chair.” He started to collapse. I caught him. He couldn’t speak, was gasping for breath. I called 911 while my mother started to cry. The operator told me to start giving him CPR. I’d taken classes, I got the concept, but I’d never actually done it for real and never on my father. Push. Push. Push. There was a gurgling sound from his mouth. His breathing was getting weaker, his eyes rolling back. “C’mon, Pop — breathe, breathe.”

Then the house was filled with paramedics. The defibrillator came out. And my father was in the ambulance, on his way to the hospital, with my mother and me following behind.

At the emergency room, I could tell from the faces of the nurses that it didn’t look good. A sweet doctor came out to tell us they were working on him.

Fifteen minutes later, he reappeared to tell us that my dad was gone. A little over an hour earlier he was eating cake and singing “Happy Birthday.” Now he was dead.

It wasn’t until the next morning that I realized I was a thief.

I stole time. I stole an extra day.