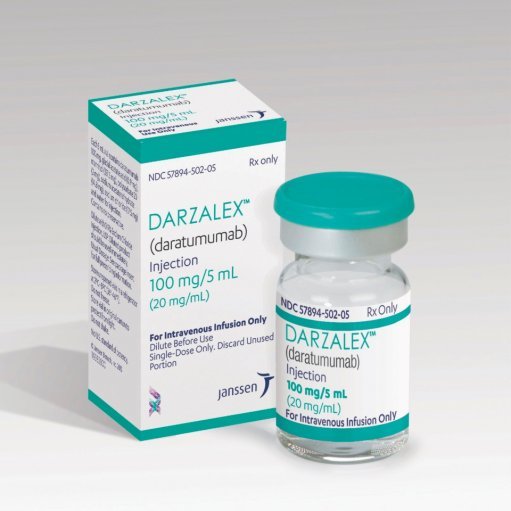 Janssen’s Darzalex®, or daratumumab, has been granted “Breakthrough Therapy” designation by the US Food and Drug Administration for use in combination with Revlimid® (lenalidomide) and dexamethasone, and Velcade® (bortezomib) and dexamethasone, for the treatment of multiple myeloma patients who have received at least one previous therapy. The designation was based on data from the CASTOR and POLLUX trials recently presented at ASCO 2016 and EHA 2016 respectively. The prolongation of remissions achieved by combining Darzalex with either Velcade/dex or Revlimid/dex were highlighted in my Myeloma Updates 2016 presentation, as well as recent blogs, “ASCO 2016: More excitement about daratumumab (Darzalex®), and tremendous interest in value and costs” and “Preview of the Black Swan Research Initiative’s First US Cure Trial.”

The “Breakthrough Therapy” designation from the FDA provides the potential for accelerated review and approval of the use of Darzalex in combination with standard-of-care regimens in patients who have received at least one prior line of therapy. This is increasingly important as many options are now approved in the early relapse setting, and reimbursement can be critically dependent upon approval of a specific combination. Outside of the US, specific approval is an absolute requirement for patient use.

So, great news, but along with this, there was a recent letter published in the New England Journal of Medicine pointing out that the presence of Darzalex in the blood of patients consistently interferes with routine blood-type compatibility testing required for blood transfusion. A method has been discovered that eliminates the interference. A special chemical-based testing method allows blood-matching to be successful even in the presence of the anti-CD 38 antibodies in Darzalex. Increased awareness of this practical solution is urgently required. Not only must patients be aware of this issue, but both physicians who treat myeloma patients and blood bank personnel must be alert for this possible problem if a patient receiving Darzalex requires a blood transfusion.

As Darzalex becomes more widely available and used more frequently, this practical issue must have a standard procedure set up in hospital and clinic blood banks. As always, we will alert you to any new developments.