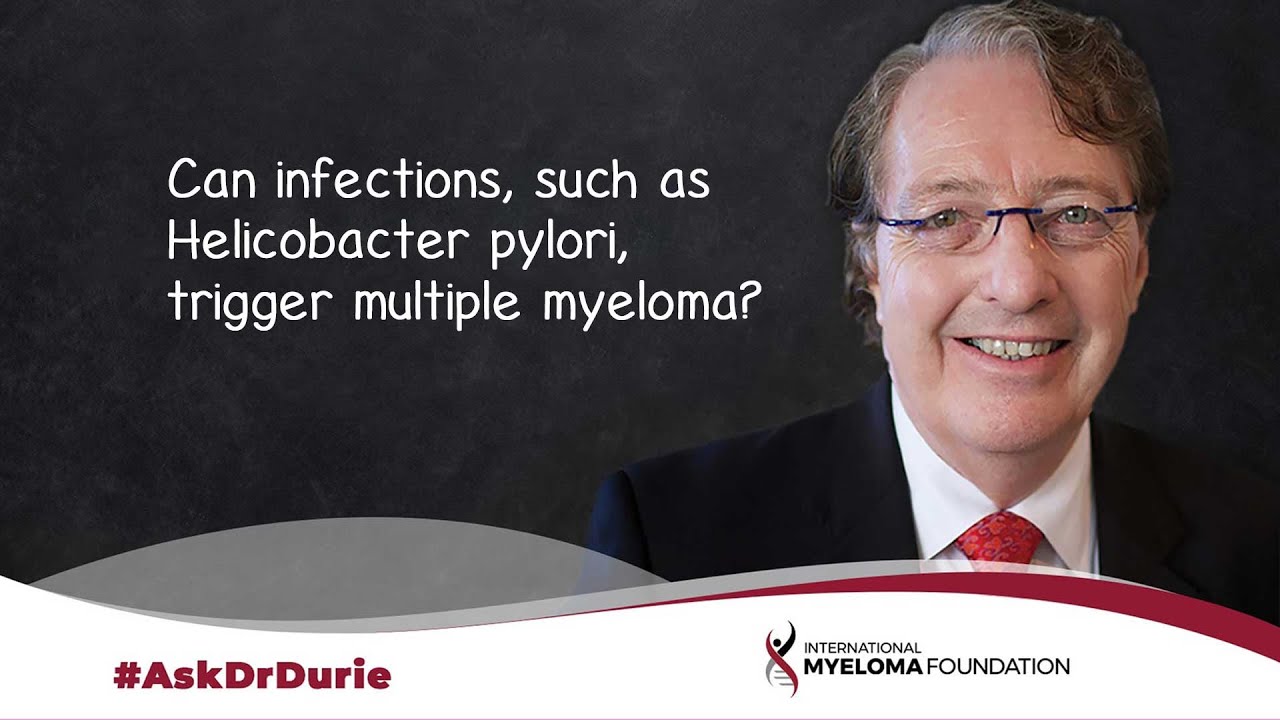 Can infections, such as Helicobacter pylori, trigger multiple myeloma?

This week’s “Ask Dr. Durie” comes from a patient who has heard about an infection, helicobacter pylori, which could be linked with MGUS, and with myeloma. The question is whether an infection like this could be a trigger for myeloma.

Well, helicobacter infection is a type of infection that can cause stomach ulcer disease, which used to be called peptic ulcers. And so, the treatment for those types of ulcers is actually to give a combination antibiotic therapy to get rid of the helicobacter. And, this is a very effective way to treat this peptic ulcer problem.

But the different question is whether, as a result of this infection, a monoclonal gammopathy can be triggered. And so, over the years there have been indications that a variety of infections could trigger the onset of a monoclonal spike, the early form of myeloma. And so, this is rather an important question.

And, as it turns out a new group has been focusing on this at the Inserm unit, close to Nantes, in France. And so, this group is looking at whether or not the monoclonal protein, the myeloma protein, is active against different kinds of infection. And they have found early indications that it can be. Particularly, they found a link between hepatitis c, also with cytomegalovirus, also with HIV, the infection associated with AIDS.

And so, they now have a much larger project ongoing this year, which they are going to screen a whole range of infections to see if the myeloma protein is active against these infections. And, and, the flip side of that is to see if there’s any indication that they could, the infections could be acting as a trigger factor.

They do have, this group in France, do have some early indications that in the case of hepatitis c, if the hepatitis c is treated, this actually can have a beneficial effect concerning the myeloma, even in one case, putting it into remission.

And so, the BOTTOM LINE, in this case, is that this linkage between infections and the onset of myeloma is an exciting new area of research. And, this year and possibly into next year, it will be very important to see the results coming from this French group. And, we’re excited to see if they do find connections and if this can be a helpful way to look at the myeloma, and maybe even a new way to approach possible treatment. 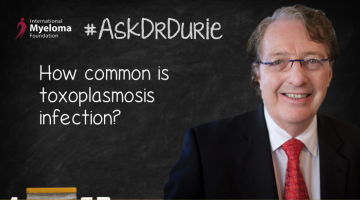 How common is toxoplasmosis infection? 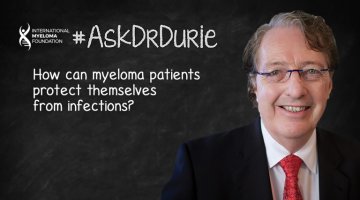 How can myeloma patients protect themselves from infections?

Read more
Previous Post
What is isatuximab? And how does it compare with daratumumab?
Next Post
Do fractures resulting from a fall indicate myeloma progression?