Get the Most Joy Out of Each Day

Although Yolande Paine has been living with multiple myeloma, she draws strength from being a Myeloma Warrior. At the Brian D. Novis Research Grant Awards reception, a night filled with hope held annually during the American Society of Hematology meeting, Yolande movingly described her experiences with the disease and the ways in which the IMF has supported her along the way. In this speech, she says, “But we Warriors stick together, and we share our optimism about what lies ahead.” Read more to learn how Yolande is an inspiration for us all.

What an honor it is to be here tonight, and to share my story along with Valarie’s and Ron’s.

If you’ve had the chance to look at the beautiful posters and slide shows the IMF has created for us, you’ll likely have noticed many photos of me out in nature, oftentimes with trekking poles in my hands.

I’ve been hiking for well over thirty years. It brings me great joy. I’ve been on hiking adventures throughout the world, and I live close to the North Shore mountain hiking trails in Vancouver, Canada, where there are miles of trails literally at our doorstep.

A lot of my other favorite pastimes also involve physical activity. My husband Bill and I have done a number of long self-guided cycle trips, including the 25-day Danube Cycle Way from the Black Forest region of Germany all the way to Budapest.

I retired in 2011 after working for 21 years with Canadian banks, most recently as Human Resources Manager for TD Bank. Upon my retirement, my husband and I looked forward to spending our summers on Prince Edward Island and to continuing our international travel, making the most of these amazing places to hike, bike, and ski.

One year after I retired—an active year doing these things—something shifted. I felt “off.” I went to my general practitioner, who ran bloodwork that all came back fine. But I knew something was not right.

Five months later I went to a general hematologist/oncologist. He also thought nothing was wrong. But after years of being so active—and having a strong woman’s intuition—I knew I had to listen to my body and trust my instincts. I insisted on having more bloodwork done. And my instincts were right. I was diagnosed with indolent smoldering myeloma in June 2012.

For four years we monitored my myeloma as my M-spike continued to climb. Eventually, after induction therapy, I had an autologous stem cell transplant in October 2016.

With more than four years between my diagnosis and this transplant, I had time to prepare. I decided to approach my myeloma, and the stem cell transplant, like a work project. I wanted and needed to be prepared physically and mentally in order to get through it, and to give myself the best chance to recover.

I knew that I had to eat three times a day even if I didn’t feel like it. I had to drink lots of fluids. I had to walk every day. I had motivating notes all over my home. And, oh yes, quite a few hours of Netflix!

The year before my transplant, my husband and I hiked the Camino trail from its start in South West France in the Basque Region, up and over the Pyrenees, through Pamplona and Leon, getting as far as Astorga.

We left the trail with a couple more weeks to go before fully completely, because it was time to come back and prepare for my transplant in earnest. But that time on the Camino was spiritual in its own way: All you had to focus on was “Eat, Walk, and Sleep.” It taught me things I needed to know coming back for my transplant.

Six months later, it was time for some type of maintenance. I did my own extensive research and recognized that given my own medical history—and again, trusting my own instincts—that I wanted to be on Ninlaro. I presented this choice to my wonderful team of doctors, and they were supportive.

I appreciate that some people prefer to have their doctors do all the worrying for them, and make all the treatment decisions for them, but I’m not like that. I need to be a student of my disease so that I am able to make an informed decision in collaboration with my wonderful medical team.

I think it’s important to mention that it isn’t always easy. When I was diagnosed, I’d heard of myeloma, but only as some type of blood cancer. I didn’t have a clear idea about the disease.

Shortly after I was diagnosed, I picked up an IMF brochure at Princess Margaret Hospital in Toronto. And following one particularly harrowing meeting with a specialist, I went into panic mode. I felt a paralysing fear—terror, really.

So I went home after that appointment and called the IMF InfoLine. I know that everyone who dials that line gets an amazing person who answers their call. For me, that person was the IMF’s Judy Webb. Judy calmed me, educated me, and wiped away my tears. She saved me.

Now, whenever I am questioning anything relating to my disease, I call the IMF, and make use of the IMF’s website, which is so informative. I also listen in on Dr. Durie’s presentations on research findings and new treatments—and use the IMF to follow the findings from each ASH.

I’ve armed myself with this education ever since my first call to the IMF’s InfoLine, so it was natural for me to be active in determining my maintenance therapy. I started on Ninlaro in April 2017.

I’m so glad I educated myself, and then trusted my instincts. Ninlaro has been very effective for me, and the ease of the treatment—just those three pills each month, means I have not had to stop doing what I want to do.

We were on our way to spend a few weeks on the Greek Island of Ikaria, auspiciously known for the longevity of its people, but we stopped in Athens to meet Dr. Dimopoulos, a member of the IMF’s Scientific Advisory Board. We were quite a curiosity to his staff at University Athens School of Medicine.

I am incredibly grateful that for me, Living Well and Living Well with Myeloma are virtually one-and-the-same. My current treatment regimen and level of health allows me to live as I did before my diagnosis.

To me, Living Well means having meaningful relationships with friends and families. It means being physically and psychologically fit so as to keep on doing what I love to do. That includes working out with a personal trainer twice a week. Keeping fit has been a big part of my being able to live well with myeloma, and feel that I have some control over this disease.

But really, what Living Well means is getting the most joy out of each and every day.

My father was my role model for living this life of joy. He had Chronic Lymphocytic Leukemia and lived a full life for almost 14 years after his diagnosis. He was a true inspiration to me and our family. And he remains a real hero of mine as I live with my own disease.

But we Warriors stick together, and we share our optimism about what lies ahead.

A very important item on my bucket list is to return to the Camino to walk the final couple of weeks of the hike, all the way to the Finisterre on the Atlantic Ocean.

In the meantime, in 2019, Bill and I have an active year of travel planned. In February we’ll spend a month in sunny Florida. Then we’ll cycle down the Mosel River in Germany, and after that attend our friend’s daughter’s graduation in Scotland. And then we’ll spend a long summer on Prince Edward Island—my happy place!

It is a privilege to be able to have these plans, and I’ve worked hard to achieve. Many other people—other Warriors—have worked just as hard, represented by the range of myeloma community members in this room.

Medical science, well represented by all of you, has made great strides in the development of effective new drugs and other treatments since I was diagnosed six-and-a-half years ago. There are so many new promising treatments in use, and in the pipeline. I am hopeful that myeloma will soon become a chronic condition. I am hopeful that a cure may even be on the horizon.

In the meantime, as we remain Warriors together, I will live my life well, and with joy, each and every day. I wish the same for all of you. 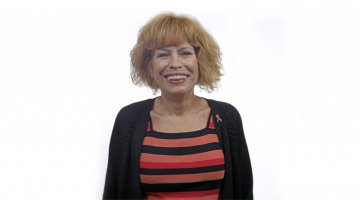 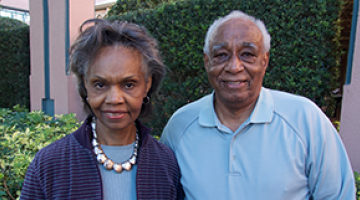 Read more
Previous Post
What is CRISPR technology and has there been an interest for it in the United States?
Next Post
Thomas Goode