Farydak® is the first histone deacetylase (HDAC) inhibitor approved for use in treating multiple myeloma. Farydak is taken in combination with Velcade® (bortezomib) and dexamethasone (FVd) to treat patients who have already been treated with Velcade and an immunomodulatory drug. Immune modulators include Thalomid® (thalidomide), Revlimid® (lenalidomide), and Pomalyst®.

How Does It Work?

Farydak causes a build-up of cellular proteins that causes the cell to stop replicating (stops the cell cycle) and/or causes the cells to die. The drug has been shown to be more toxic towards tumor cell than normal cells. Bortezomib also interferes with the removal of waste proteins in myeloma cells. The combination of bortezomib and Farydak, boosted by the effects of the  steroid dexamethasone, is more effective than any of those drugs alone.

Farydak is taken orally in capsule form. It was approved at a starting dose of one 20-mg capsule taken on days 1, 3, 4, 8, 10, and 12 of a 21 day treatment cycle. Velcade and dexamethasone are given at their standard doses in combination. The doses of Farydak, Velcade, and dexamethasone can be modified to reduce side effects and enhance tolerance.

The FVd regimen can be continued for up to 8 cycles, and may be continued after 8 cycles if the patient is benefiting from and tolerating it.

Diarrhea is defined as three or more loose stools per day. It is common with Farydak and may be severe (defined as 7 or more stools per day requiring treatment with intravenous fluids or hospitalization).

Farydak can cause severe bleeding (hemorrhage), which can lead to death. It may take longer than normal to stop bleeding while you are taking Farydak.

Fatigue is commonly associated with cancer and with cancer therapy. Caution is advised if you are operating machinery, including driving a car. For more detailed information, please read the IMF publication Understanding Fatigue.

Peripheral edema is accumulation of fluid that causes swelling, usually in the ankles, feet, and legs. Peripheral edema can be a side effect of long-term use of anti-inflammatory medications (such as the corticosteroid dexamethasone). Peripheral edema can also result from many other causes, including immobility, obesity, varicose veins, cardiac, kidney, or liver dysfunction, gastrointestinal disorders, medications for diabetes such as insulin and pioglitazone, and non-steroidal anti-inflammatory drugs (NSAIDs) such as ibuprofen and naproxen. Usually, peripheral edema affects both of the legs, ankles, and/or feet.

There are many causes for loss of appetite during treatment with FVd, including other side effects of treatment such as diarrhea and nausea. Lack of exercise, anxiety, depression, and pain can also contribute to the problem. Good communication with your healthcare team members will help them understand how you’re feeling physically and mentally, and will help determine the source of your appetite loss. .

Fever can be the sign of a bacterial or viral infection, an adverse reaction to a drug or, in rare cases, an aggressive myeloma relapse. Since fever could be the sign of a life-threatening condition, you should report the problem to your healthcare provider immediately. .

White blood cells constitute the immune system, the body’s defense against infection. When the WBC count is low, the body’s normal defenses against viral, bacterial, and fungal infections are reduced. Both Farydak and Velcade can lower the WBC count, while dexamethasone prevents the remaining white cells from reaching the sites of infected tissues. Each of these drugs can contribute to an increased risk of infection. The addition of Farydak to Velcade and dexamethasone caused almost twice as much reduction in WBC count in the PANORAMA-1 trial than occurred in the control arm of the study.

Red blood cells (RBCs) contain hemoglobin, a protein that contains iron and transports oxygen from the lungs to the body’s organs and tissues. When a patient has anemia, the result is low levels of oxygen in the body, which may cause shortness of breath, paleness, and feelings of exhaustion. 62% of the patients in the Farydak arm of the PANORAMA-1 study developed anemia, as compared to 52% in the placebo arm.

Electrolytes (which include sodium, potassium, calcium, magnesium, chloride, and phosphorus) are electrically charged substances in the blood and other fluids that are involved in such important functions as regulating the amount of water in the body, the acidity of the blood, nerve and muscle function (including the heart muscle), and other important processes. Electrolyte abnormalities can be caused by poor intake of fluid or food (loss of appetite), by loss of body fluid (vomiting or diarrhea), or by kidney disease (as evidenced by increasing creatinine levels).

For more information about Farydak, please visit their website https://farydak.com. 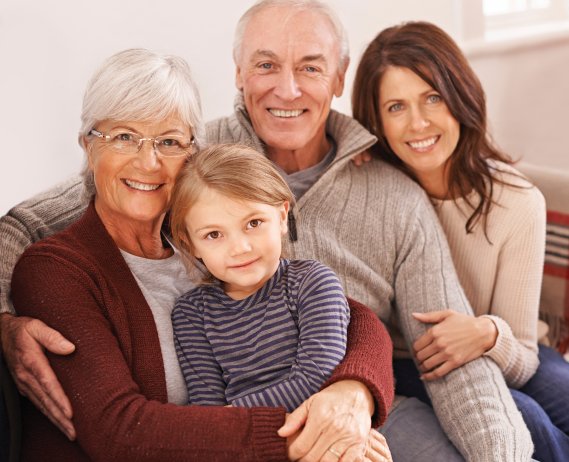