What is the IMF’s African-American Initiative?

African Americans have a greater-than-average risk of developing multiple myeloma (MM). The International Myeloma Foundation (IMF) is committed to working to address the marked racial disparities that exist across all stages of the disease. As an initial step, the IMF held an Advisory Council meeting March 12, 2019, that included representatives from the African-American community, the Black Congressional Caucus, physicians, other health-care providers to the African-American community, and patient Support Group Leaders.

The core vision of this initiative is to improve the short- and long-term outcomes of African-American patients with multiple myeloma.

The initiative will strive to increase awareness in the African-American community to identify the significance of MM to African Americans and the importance of its timely diagnosis, including highlighting the signs and symptoms that precede diagnosis. We will also seek to provide enhanced support to MM patients and facilitate their access to stem-cell transplant and novel therapies.

As IMF President, CEO, and Co-founder Susie Durie says, “Knowledge is power.” With the knowledge provided as part of this initiative, myeloma health-care providers, patients, and their loved ones can take action so all patients receive the best care possible.

Diversity Outreach
Spreading Public Awareness at the Dr. Charles R. Drew Blood Drive and Health Fair in Compton, Calif.
On Saturday, June 8, 2019, at Compton’s 13th Annual Building Better Communities Through Better Health Fair, the International Myeloma Foundation was front and center doing what it does best: bringing education and awareness to communities that do not necessarily have access to it. 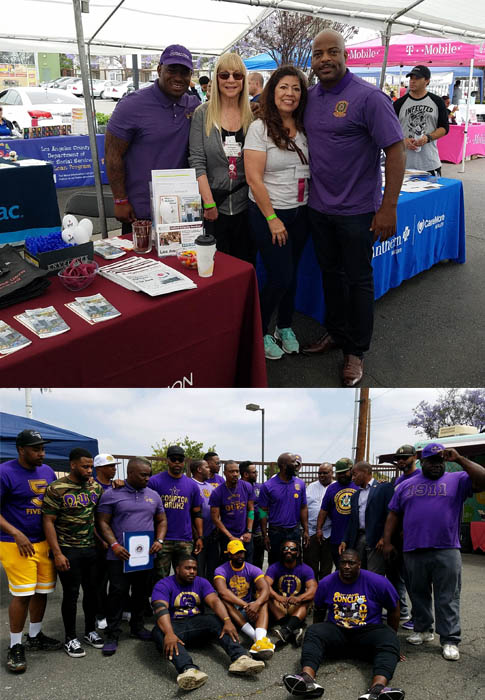 Have You Been Diagnosed or Are You Living with Myeloma?

At the IMF, we know how scary it can be to hear the words, “You have multiple myeloma.” For more than 30 years, the IMF has supported multiple myeloma patients and their loved ones. We want you to know that you are not alone. We are here to guide you with every step of the way on your myeloma journey, from diagnosis to long-term survival.

Now that you’ve learned you have myeloma, your mind is likely racing with questions. First, we want you to know that multiple myeloma is a highly treatable disease. Many myeloma patients live long and productive lives. FACT: Both survival and quality of life for myeloma patients are improving steadily.

African Americans Have a Higher Incidence of Myeloma

Yes, it’s true. However, being diagnosed with myeloma is fairly rare. In fact, myeloma accounts for only 2% of all cancers. Yet, as you may be learning with your diagnosis, multiple myeloma is the most common blood cancer in people of African descent.1 In the U.S., the disease is projected to grow more quickly in African Americans than in white Americans. The IMF believes that patients and their loved ones should empower themselves with knowledge about myeloma. Doing so will help you seek out the best care possible.

Even though multiple myeloma affects African Americans at greater rates, it tends to be less aggressive. So, African Americans often have a better prognosis and better overall survival in living with the disease.2