The Black Swan Research Initiative® (BSRI) is on the brink of several key steps forward, I am happy to report.  Great progress has already been made. The Next Generation Flow (NGF) test has been established and the standard “Response Criteria” have been updated to include a minimal residual disease (MRD) endpoint. The stage is now set to include standardized MRD testing into clinical trials. And we continue to work on additional and simpler testing, such as a new blood test for early diagnosis and monitoring.

It has taken nearly three years of dedicated work by an expert team of myeloma researchers to develop the standardized NGF bone marrow test, which can detect 1 per million myeloma cells in the marrow. This test uses an 8-color system that is now the “gold standard” and can serve as a benchmark to assess genetic/sequencing, as well as 10-color or additional multicolor systems. Centers across the US and globally in Europe, Latin America and Asia are in final stages of set-up to use the 8-color method.

An important final step is to standardize the computer output to indicate MRD-negative (at a particular level, such as 1 per million) or MRD-positive, with details about residual or remaining subclones that are resistant to therapy at that time point. Several new projects are now assessing the nature of the resistant subclones at the molecular level in order to determine ideal treatment options to eradicate resistant disease.

MRD as an endpoint

The availability of the MRD endpoint in the “Response Criteria” means that many different types of trials can incorporate MRD evaluation. For example, if a patient becomes MRD-negative, can treatment be safely stopped? This needs to be studied in randomized trials. If MRD remains positive, what new options are available? And, most excitingly for the BSRI team, we can proceed with our two “cure trials” in patients with high-risk smoldering myeloma (HR-SMM).

There are currently two trials—CESAR and ASCENT—with aggressive treatment approaches but with slightly different drug treatment regimens. The CESAR trial, a Spanish study, utilizes the Kyprolis/Revlimid/dexamethasone regimen. The upcoming ASCENT trial, a US study, adds daratumumab (anti-CD38) into the combination to assess the added value in achieving sustained MRD negative status, which can lead to a cure.

This is just the beginning! Many more trials are feasible and planned to clearly identify the ideal patients eligible for attempted curative therapies. Other studies will incorporate new agents to eliminate any resistant disease subclones. So these are very exciting times as we move into these next phases and attempt to permanently eliminate myeloma!

Thinking about eliminating myeloma reminded me of things which can cause myeloma, which in turn reminded me of last week’s blog about a study indicating that women who sit too much are at an increased risk of developing myeloma. In my blog I questioned whether the authors had really made the connection, but I was reminded by an article in the New York Times this past week that there is something which unfortunately CAN cause myeloma while women are sitting: manicurists are at serious risk of toxic occupational side effects, including the subsequent development of multiple myeloma.

This risk was originally pointed out in a May 11th New York Times article, “Behind Perfect Nails, Ailing Salon Workers: Manicurists Tell of Suffering and Tragedy,” which illuminated the link between the toxic chemicals used in a nail salon, such as acrylic dust, and inflammatory diseases, such as sarcoidosis and cancer, including lymphoma and myeloma. Birth defects in children of manicurists are also an important problem and concern.

A follow-up article published in the Times last week describes changes recommended by a multidisciplinary task force. Rules include use of gloves and proper respirator masks when buffing acrylic nails. But only 15% of salon are using gloves and very few use the respirator masks. Inspections are continuing and it is hoped that much more substantial improvements will occur. When a cause is found, it is truly important to reduce or eliminate that risk!

This difficult story highlights how detailed “field work” is required to understand possible dangerous activities. This sort of targeted epidemiology is most useful to identify what is causing unexpected cases of myeloma. It is essential to identify exposure to cancer-causing chemicals, but increasingly important to explore the many sources of potential exposure in our complex modern day world. Any ideas about possible exposures will be greatly appreciated!

As always, stay tuned as we attempt to both cure and prevent myeloma! 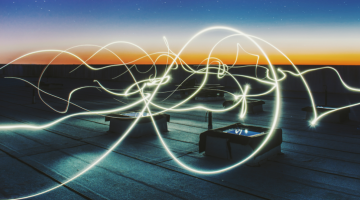 The Importance of Having a Plan

Myeloma Forecast for 2016: What’s exciting, what’s real…and who do you trust?