As most of the world is still facing the effects of the spread of the COVID-19 respiratory virus, the International Myeloma Foundation (IMF) continues to recommend that all myeloma support groups meet virtually.

We take the health and safety of our myeloma support group members seriously and will continue to hold our meetings virtually to ensure the safety of our members. For additional updates on COVID-19 coronavirus, please click this link:
Myeloma Patient Safety and the Coronavirus. 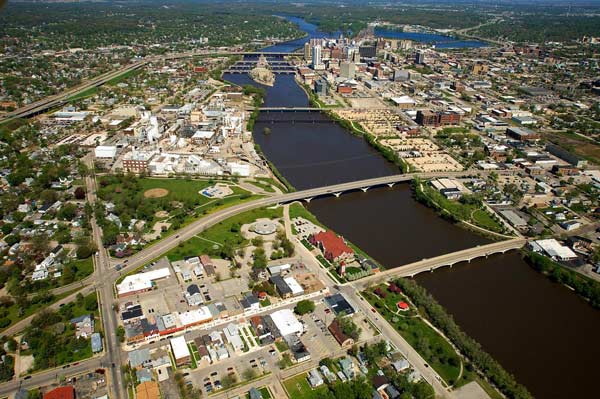 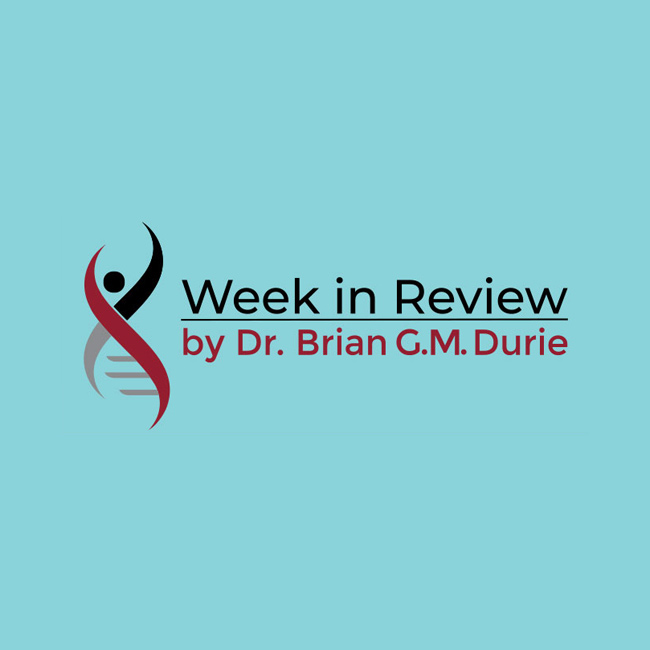 Inez was diagnosed in 2005 when her internist at that time noticed a protein spike in her regular routine lab reports. Her doctor got out her medical journals and discovered it was MGUS, the precursor to Multiple Myeloma. She referred her to an oncologist in Cedar Rapids who upon the first visit, confessed she didn’t know anything about Multiple Myeloma and the University of Iowa Hospitals in Iowa City didn’t specialize in that particular cancer back then. So she referred Inez to Mayo Clinic in Rochester, MN. 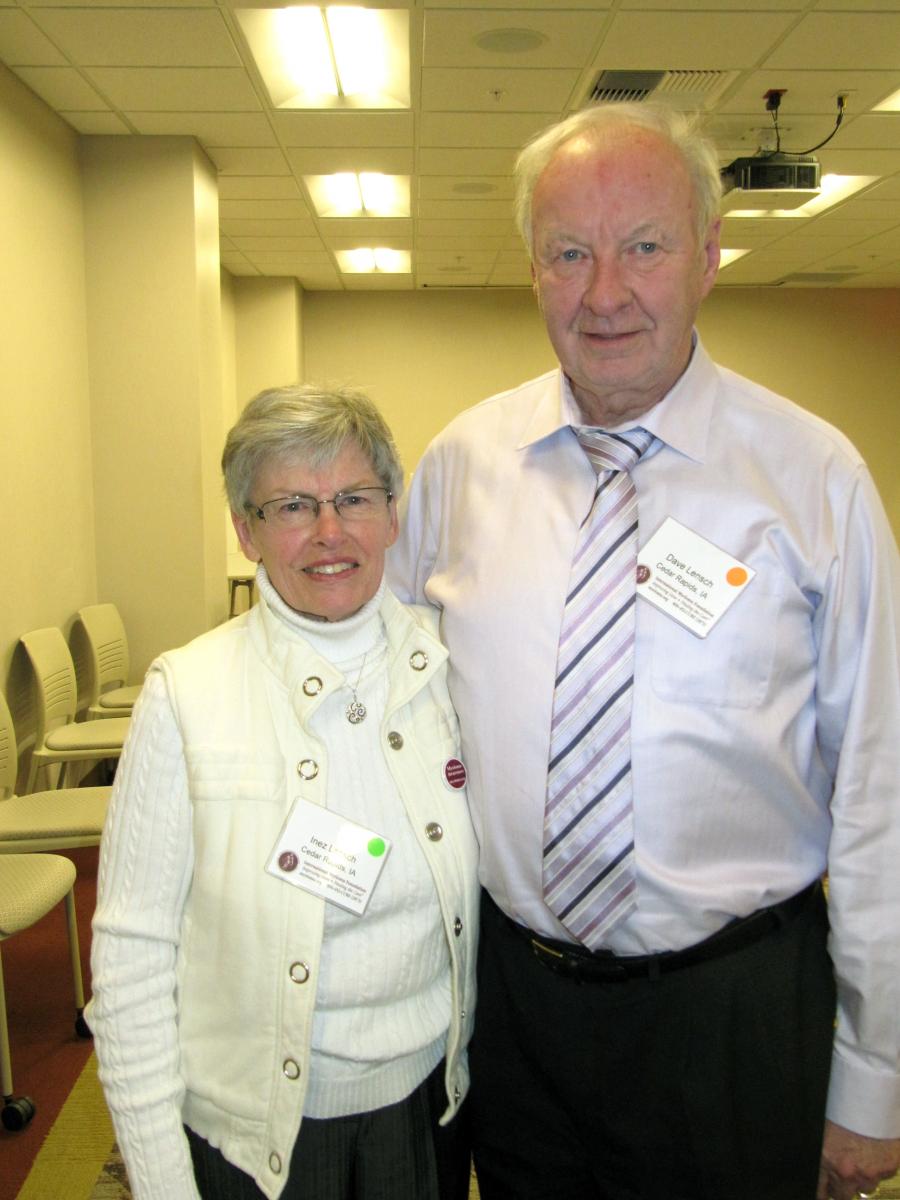 ​Inez was diagnosed with smoldering myeloma in 2006 at Mayo Clinic and was watched and checked yearly, then every 6 months and eventually every 3 months as the disease slowly progressed. Finally a stem cell transplant was scheduled for the spring of 2011. In February of 2011 a MM tumor was discovered in her right femur and needed to be removed immediately. Surgery went well and she returned to Cedar Rapids to heal and received 10 radiation treatments at Mercy Hall-Perrine Cancer Center just to be sure all minute cancer cells were destroyed. Healing went well and finally in August, 2011 she had her stem cell transplant at Mayo Clinic. She stayed in the Gift of Life Transplant House with a caregiver during the weeks of treatment and recovery. Living in the Gift of Life Transplant House, she was able to walk to and from the hospital (7 blocks) each day for labs and treatment. She was never admitted into the hospital but was treated as an outpatient as all MM patients are at Mayo Clinic. The doctors were amazed at how well she was doing and when her numbers were up to their standards, she was released to go home after just 4 weeks.

She was doing well with no maintenance treatment for about 18 months and then the MM numbers slowly began to rise. Revlimid and Dexamethasone were the treatment plan and did well for a while. Tweaking the amounts of Revlimid were tried until it was not working, so the next alternative was to use Velcade (by injection just under the skin) once a week along with the dexamethasone. The change of treatment has been successfully reducing the protein numbers but allowing the blood counts to remain stable up to the present time. 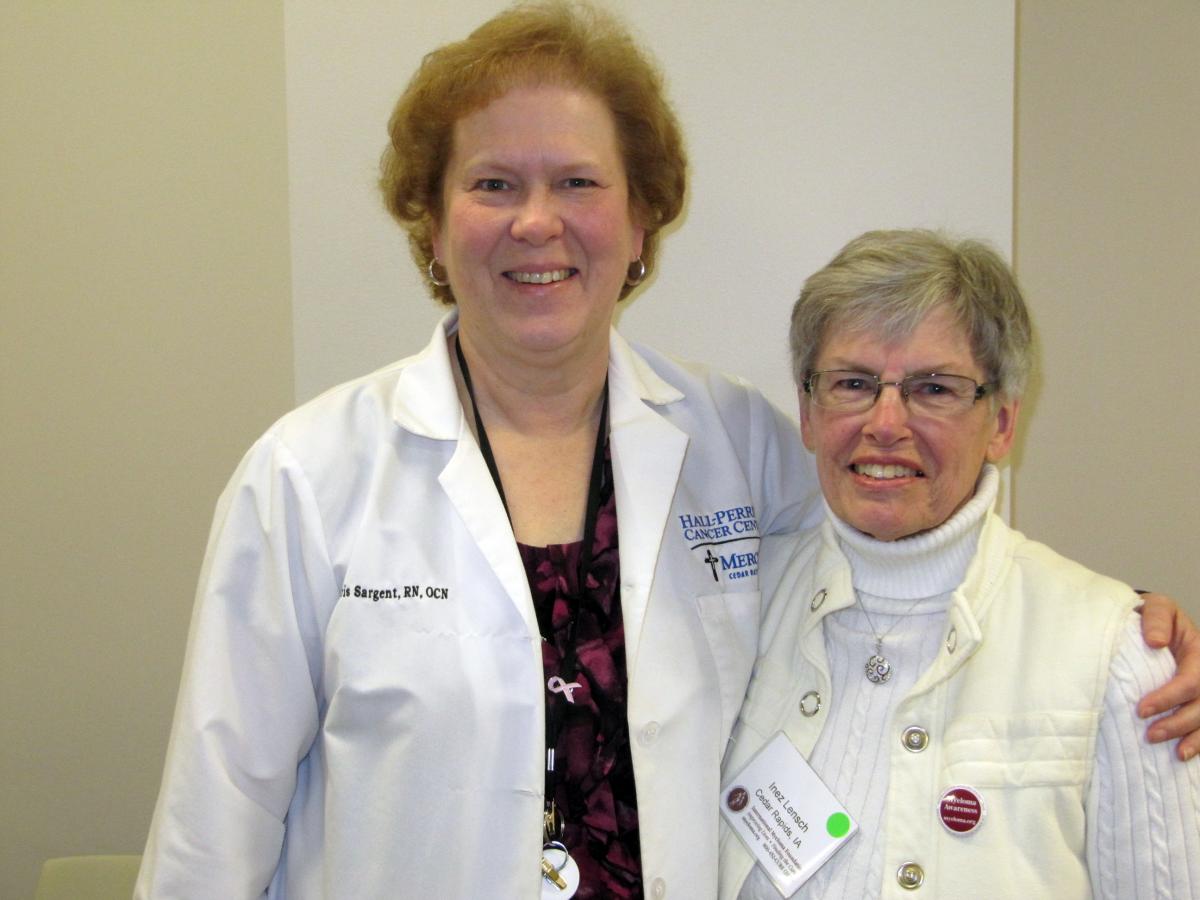 The Spring of 2013 Aimee Martin from the IMF called and asked if Inez could attend the City Council Meeting to receive the proclamation stating March as Multiple Myeloma awareness Month. Shortly there after several persons relayed the names of friends they knew who also had Multiple Myeloma. Up until this time, she only knew one other person in the Cedar Rapids area with MM. She made contact with these patients and after much thought and prayer, decided it’s time to get us all together in a support group. Not knowing anything about how to get one started, she called the International Myeloma Foundation for some help. And wow! Sue Enright, Midwest District Director of Support Groups, called her and they had several phone conversations that lead to the start of the Cedar Rapids MM Support Group.

IMF flyers reached out to a 90 mile radius from Cedar Rapids and the first meeting was planned for September, 2013. It was amazing to find out how many patients are in the area and are eager to meet together! The group continues to grow and is open to any Multiple Myeloma patients, caregivers, family and friends who want to learn more about the disease and help to support and encourage one another by gathering together every month. Do come and join us! 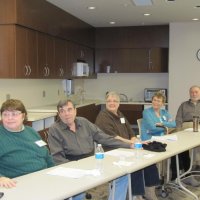 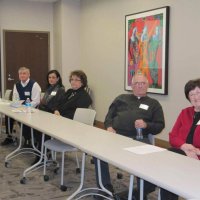 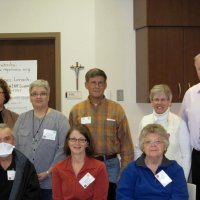 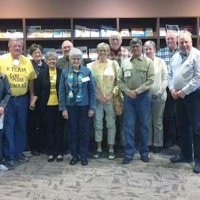 Symptoms as early as Nov 2011 but not diagnosed till July 2012.  Started on chemo till I could get appointment at U of Iowa in Sept.  Many tests, evaluations till I was approved for bone marrow transplant.  On heavy chemo 24-7 for one week in Nov at the U to attempt to kill all cancer cells.  Home with limitations, no exposure to anyone but family, no exposure to any illness ie: colds, flu, whatever.  Wear mask when out to doctor.  Bone marrow transplant occurred Dec 27, 2012.  Rough treatment, lost 30 # in 4-6 weeks.