ASCO 2016: More excitement about daratumumab (Darzalex®), and tremendous interest in value and costs

As usual, far fewer myeloma-related abstracts will be presented at this year’s meeting of the American Society of Clinical Oncology (ASCO) than are presented at the annual meeting of the American Society of Hematology (ASH) each December.  However, there is quite a bit of excitement about the results of the phase III CASTOR study to be presented at the Plenary session on Sunday, June 5. This randomized trial compares daratumumab plus bortezomib (Velcade® - [V])/ dexamethasone [d] versus Vd alone. Since this is a “late-breaking” plenary abstract, the abstract is not being released until Sunday, June 5th at 7:30 am (EDT). However, the positive interim results were provided in a press release on March 30, 2016. Beyond this abstract, the other interesting aspect of this year’s ASCO meeting is the number of abstracts focused on treatment costs, quality of life, and value measures. Truly amazing: 13 total abstracts!

The pre-planned interim analysis of the CASTOR study in March showed that the primary endpoint of improved progression-free survival (PFS) was reached at a statistical level P ≤ 0.0001. This analysis was conducted by an Independent Data Monitoring Committee. It was recommended that the trial stop early and that patients receiving Vd alone be offered daratumumab following confirmed disease progression. Based upon the findings, the data will be discussed with authorities to prepare for regulatory filings for use of daratumumab in combination with Vd in relapsed patients. Without knowing the full details, the implication is that there was a substantial improvement in PFS with the daratumumab+Vd combination.

This means that the range of options in the relapse setting continues to expand. The results of another (“twin”) daratumumab trial, the POLLUX study, are also awaited and may be presented as a late-breaking abstract at the 2016 Congress of the European Hematology Association (EHA) in June. In this case, it is anticipated that dara+Revlimid[R]+dexamethasone[d] will be significantly better than Rd alone in a similar population to the CASTOR study.

Will these combinations be better or preferable to carfilzomib or pomalidomide combinations? How can one prioritize all these and other options? At ASCO, results with ixazomib (Ninlaro®) + pomalidomide/dex and pembro + Rd are also presented with encouraging results. In addition, the SAR compound (another anti-CD38 antibody) is evaluated with results in two abstracts: as a single agent and in combination with Rd.

The role of ASCT

As mentioned in my most recent blog, there is a major effort planned for the upcoming International Myeloma Working Group (IMWG) Summit in Copenhagen to sort out and prioritize the increasing number of options. We will also include the role of autologous stem cell transplant (ASCT) in the mix.

At ASCO, upfront ASCT is evaluated in the EMN03/HO95 MM trial, which compared VMP without ASCT with CyBorD followed by high-dose melphalan. The upfront ASCT patients had superior outcomes. Thus, the value and costs of ASCT have to be considered versus the use of novel agents. Another helpful abstract presents the results of a meta-analysis of Revlimid maintenance after ASCT, evaluating the data from the CALGB and IFM trials. The conclusion is that maintenance does indeed improve overall survival (OS).

On a completely different note, the Memorial Sloan Kettering Cancer Center (MSKCC) team and collaborators identify recurrently mutated genes, identified by whole-gene (exosome) sequencing, indicate a high risk of transition from high-risk smoldering myeloma (HRSMM) to active MM and a need for treatment. This type of information can reset the “start clock” for the initiation of myeloma therapy.

As we await the results of today’s ICER meeting in St. Louis, it is remarkable to see how many different ways one can measure and compare costs. One ASCO study shows that routine management is still the most expensive part of myeloma care. Another study shows that triple therapy with KRd gives longer remissions versus the two-drug approach with Rd, and thereby reduces costs. The comparison of VRd versus CyBorD shows superior outcomes with VRd for high-risk patients. A comparison of carfilzomib-based therapies with pomalidomide-based therapies for relapsed patients showed superior benefit expressed as time-to-next-treatment (TTNT) and lower monthly costs with pomalidomide-based approaches. In another study, costs were lower with daratumumab and carfilzomib versus pomalidomide+dex therapy. Yet another study emphasized that the costs of treatment for therapy-related adverse events/ toxicities can be expensive.

Additional abstracts dealing with value and costs are here:

It is obvious that all of this will be truly complex and to sort out all the conflicting perspectives and opinions with regard to costs will be challenging. Nonetheless, this is so important that IMWG members are up for the challenges and will produce comprehensive recommendations. The only certainty is that costs are high! 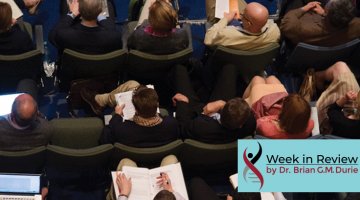 Myeloma immune therapy emerges as a key theme at ASCO 2015 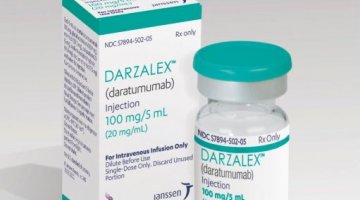